Is there a published airspeed and TPA for Class B approach at San Diego International?

I live in San Diego almost directly underneath the downwind leg of the normal approach (from the north) to Lindbergh Field (KSAN). The Class B airspace for the entire downwind and base leg areas is between 10,000 and 4,800 feet. Every night I stand out on my back deck and watch the approaches being flown overhead. It appears to me that the airspeeds and altitudes of these approaches are very similar and I'm curious about what they are. Are these published anywhere or is there some accepted norm for a typical airliner approach to a sea level airport? Although I could be mistaken, as I watch the turns from downwind to base and base to final, it appears that the altitude is held fairly constant and that final descent doesn't start until final approach. If anyone has any insights, I'd be interested to hear what they are.

For runway 09, the STAR doesn't show a speed limit. Some STARs have speed limits.

But that's not to say the speed is at the pilot's discretion, as the airplane approaches an airport it's standard for the crew to slow down and prepare the plane for landing. The air traffic control (ATC) can also issue speed restrictions to properly space the arriving traffic, they have the bigger picture.

For the downwind leg you can expect something like 200 knots indicated, which can translate to a bit over or under 200 knots of ground speed, depending on the wind. That's 230 mph or 370 km/h.

As the planes join the final approach segment, the altitude would indeed be level in most cases, and further descent would commence as you said, on final approach. 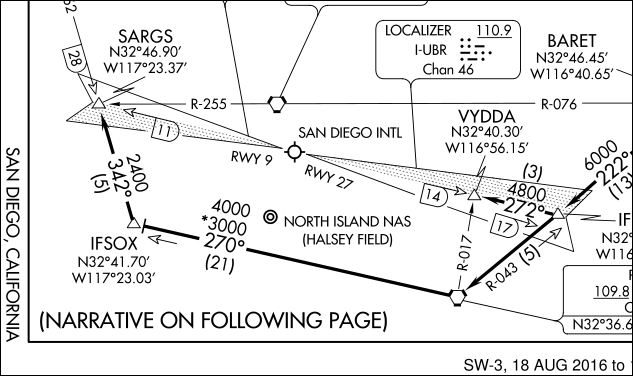 No published speed limit on downwind. The line with an arrow pointing to IFSOX.

Above is a chart legend. 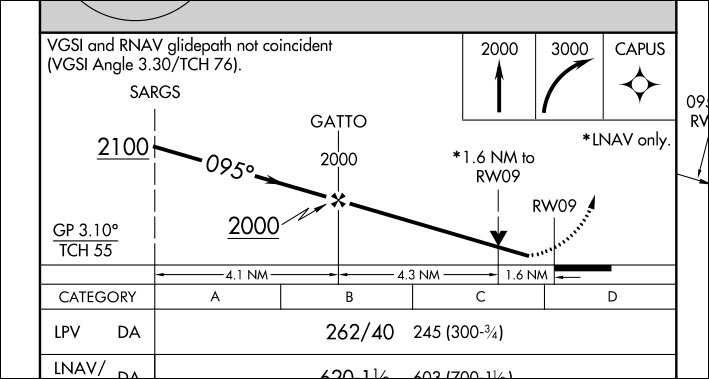 Final approach descent begins about 10 nautical miles to touch down, as illustrated from 2100 feet for this particular approach to runway 09.

Numbers in this answer are for one particular approach to one runway, figures vary. 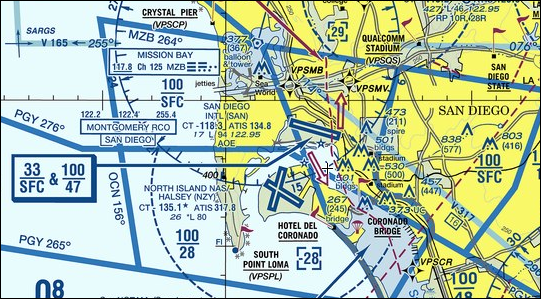 Class B around KSAN is a bit complicated in shape, but the base/floor is mostly 2800' for the southern published downwind area (if you overlay the STAR on a VFR chart). Airline/IFR pilots don't need to worry about that chart as they'll be following the aforementioned STAR or guided/vectored by ATC. 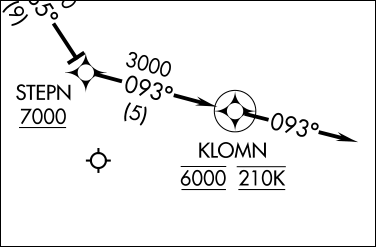 I misread the question, from the north it's 6000 feet and 210 knots, the BAYVU (pronounced bay-view) FOUR ARRIVAL (STAR). That should be downwind for runway 27. The same principles apply, different figures.

See where you live (coordinates), download all the STAR charts, and you'll have a better picture of your night sky. Note: some STAR charts are not-to-scale.

13
What is the correct traffic pattern at a towered airport?
8
Are there any widely applicable models for plausible aircraft auto-routing?
6
When to turn base at towered airport?
5
Are there fees for international flights crossing through another country's airspace?
6
Why are the stabilised approach criteria different for an instrument approach and a visual approach?
8
How did ATC procedures and airspace structure change after San Diego PSA collision?
5
Is there a class E corridor in the class B north of San Diego International?
8
If you turned base early, cutting off other traffic, what is the safest way to rejoin downwind?
9
Why would a pilot on final to a towered airport not speak up when ATC clears another aircraft to land on the same runway, without mentioning them?
2
Is the Tower (Local) Controller responsible for "separating" VFR traffic in the pattern in the U.S. in Class D airspace?