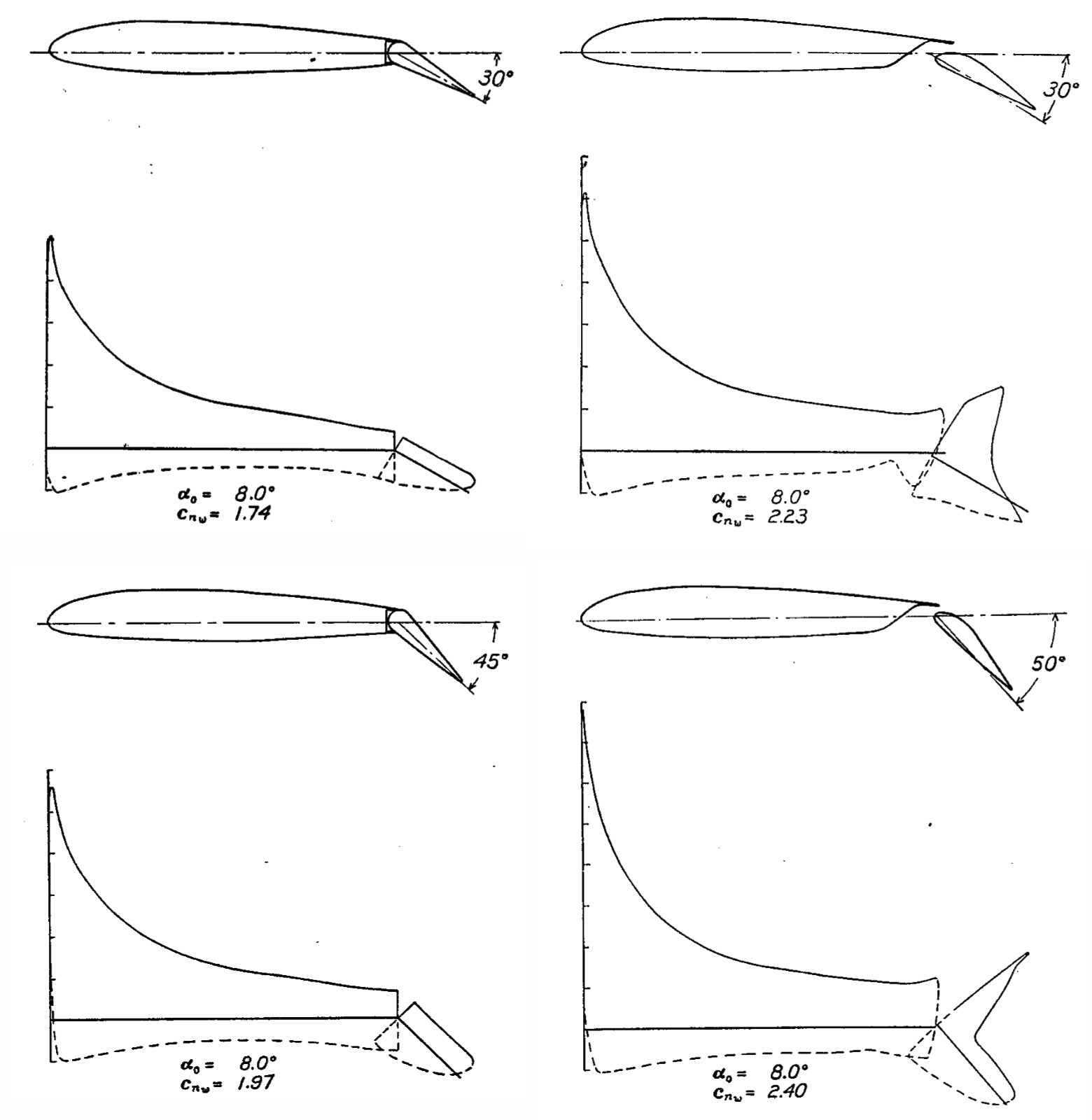 Now I need to explain a little how to read the pressure distribution plots. The solid line shows the local pressure on the upper surface while the dashed line shows the pressure on the lower surface of the airfoil. The X-axis runs along the chord. The Y-axis represents pressure (suction is up) and y=0 represents ambient pressure. The area between the dashed and the solid lines is proportional to the lift coefficient, which is helpfully shown below each plot.

Good article how any slot works. Popular misconception is that air increase velocity in slot,this is not case.Same apply for slotted flap.

"There are two things wrong with these statements.First of all,the slat does not give the air in the slot higher velocity.If anything,it gives the air low velocity."

11
Why do airfoil's trailing edges point downward?
8
Would a slotted "wing" work?
4
What wing spacing is best for a tandem wing configuration?
5
What are the aerodynamic differences between the different types of slotted flaps?
4
How does the extension of inboard flaps raise the effective critical angle of attack of the outer wing?
3
Is all the extra lift from flaps added upstream where the spars sit?

9
How does a flap load relief system work?
15
How does the particular piece of flap behind an engine on a B777 work?
6
How do flap track guides work?
8
Would a slotted "wing" work?
2
How does leading edge flap increase camber?
3
Is flow turning different from the Magnus Effect? If so, how?
2
Would adding a slat and a slotted flap increase the max CL of a multi element airfoil to 6.5?
1
Would a slotted flap still work if the prop is located mid wing between the wing and flap?
7
What flap design does the A380 use? Is it Fowler flaps, slotted flaps or a combination?