Wouldn't they result in shorter wings and smaller slats? 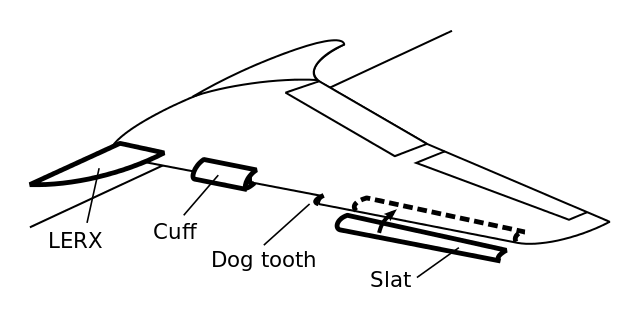 Leading edge extensions like slats are used in airliners. Most of these are controlled ones, so as to improve low speed characteristics. 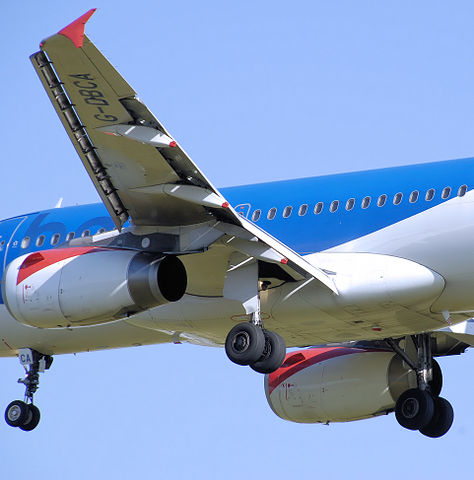 The dog tooth extensions were used in some older airliners like the Ilyushin Il-62 and the Vickers Super VC-10, he reason being the requirement to reduce drag. 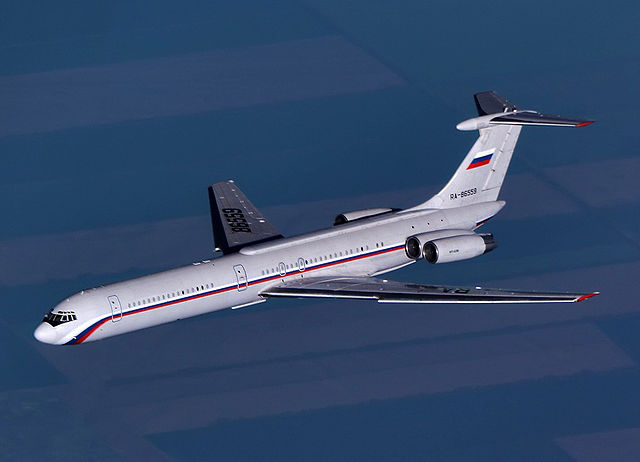 The other leading edge extensions like LERX (and even dog tooth) are mostly found in high performance combat aircraft as these increase the stall angle and improve maneuverability; these are not the typical concerns in the commercial airliners. In airliners, vortex generators are used for preventing separation at low speed (high aoa).

Not the answer you're looking for? Browse other questions tagged aircraft-design aerodynamics airliner high-lift-device or ask your own question.

26
What is the purpose of the small fins on top of the wing surface of Boeing aircraft?
19
What is the aerodynamic advantage to a cuffed wing like the Cirrus SR-22?

7
How does the use of Leading Edge Root Extension help in increasing stall angle?
20
Why is the trailing edge sweep angle smaller at the wing root?
8
Would a slotted “wing” work?
4
Why aren't Russian jet airliners popular even in Russia?
4
Why does a sharp leading edge result in a larger pressure peak?
7
Why are the B-47’s inboard and outboard engines mounted so differently?
11
What is the purpose of these movable panels on the MiG-35?
1
Is/why isn't the Antonov 124 to 225 wing upgrade method common?
1
Why doesn't a wing in supersonic flow produce a shock that results in flow parallel to the leading edge?
4
Why do almost all overwing exit slides open over the trailing edge of the wings, and almost none over the leading edge?