How long does it take for a contrail to hit the ground? [closed]

I'm not even sure if they end up falling to earth, or if they accumulate and form/join other clouds or whatnot, which is part of the reason I'm asking this question.

In contrails, heavier particles fall faster than the light ones, so as the contrail disperses it spreads vertically as well as horizontally.

How long does it take for a contrail to fall back to earth if at all? If they do make it to the ground, is it then water vapor that touches down?

A contrail is a cirrus cloud composed from water vapor nucleating on soot in the engine exhaust and the contrail itself doesn't fall to the ground. You will occasionally see cirrus uncinus "mare's tails" form from contrails, which are heavier ice particles in the contrail precipitating from the contrail. These particles evaporate long before reaching the ground. 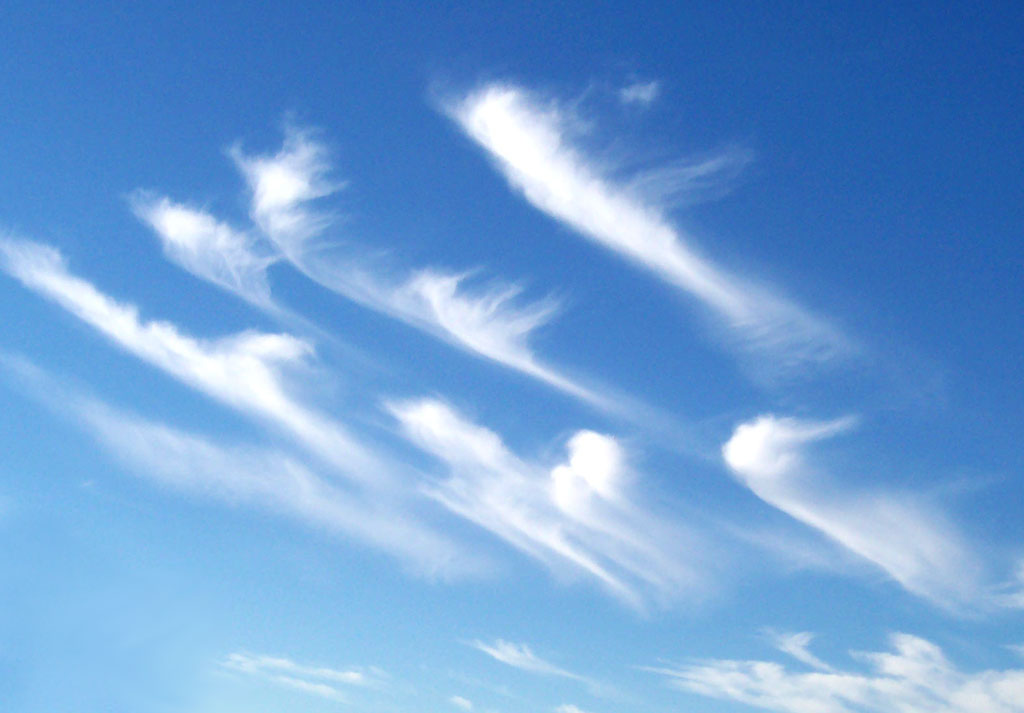 The fate of the contrail cloud itself is death via entrainment. Watch some over time as they distort from the winds aloft and then mix with the surrounding dry air and evaporate.

Once the contrail is gone and only vapor remains it moves with the air it resides in. For synoptic scale flows, vertical motion of the atmosphere is on the scale of centimeters per second and as such until that vapor finds its way into subsiding air (e.g. a high pressure system, the dry conveyor belt of a midlatitude cyclone), it will tend to remain aloft.

The vast majority of the output from a jet engine is carbon dioxide (CO2) and water (H2O). The resulting excess of water vapour compared to the surrounding air can cause the water vapour to condense and then freeze, creating the visible contrails.

Carbon dioxide and water vapour are perfectly normal constituents of the atmosphere, and so do not "fall" to the ground in any meaningful sense. Water molecules in jet exhaust might eventually fall as rain somewhere, but the water cycle as a whole is not significantly affected by contrails.

There may be other molecules present in jet exhaust due to impurities in the fuel, but the amount of such impurities is almost certainly negligible.

19
Why are some contrails longer than others?
12
What is the mechanism by which condensation forms above wings?