What is this tube-like thing protruding from under an A330's wing?

I took a flight for a business travel and I saw something new for me on the wing. I highlighted that part in a red circle in the picture below. The aircraft is an Airbus A330-200.

What is it and its function? I know the anti-shock bodies and static wicks, but what's that?

As a contrast, there isn't such a thing on this other aircraft, an A320, except a static wick.

It is the port for mid-air fuel jettison. 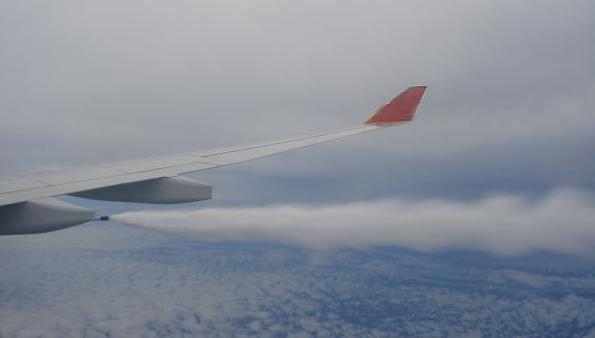 The A330 is a long range airliner, capable of serving flight routes that are 10~12 hours long. It is equipped to dump fuel while in-flight to reduce its landing weight.

The A320 is not a long range airliner, thus there is no need to install such equipment on it.

The pod as a whole is an aerodynamic fairing for the screw Jack which drives the position of the fowler flaps on the wing. The pipe as pointed out above is a fuel dump vent to jettison fuel as needed in flight.

Not the answer you're looking for? Browse other questions tagged wing feature-identification airbus-a330 or ask your own question.

44
When are aircraft required to dump fuel for emergency landings?
29
How is fuel dumped in aircraft?