Why don't aircraft fly over Tibet?

If you open www.flightradar24.com or their app, then this is what the scene commonly looks like: 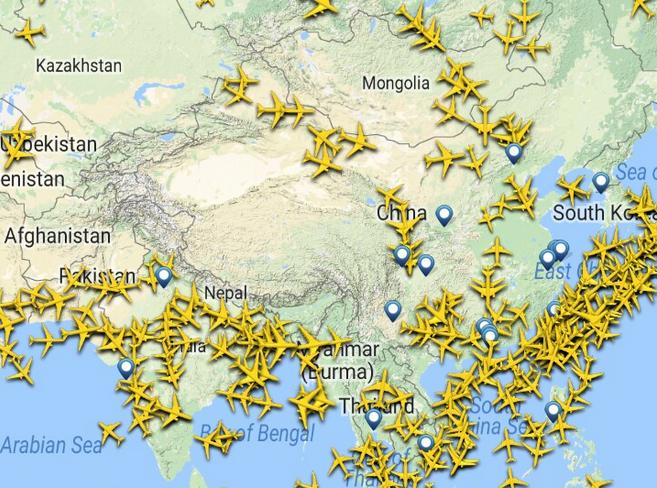 As you can see, the South-Central China area is strangely empty and the aircraft look to take a circular route around it instead (like this Emirates A380 to Incheon):

So, my question is why don't aircraft fly over that area? Also, I occasionally see some China Air Force aircraft going to that area..

While Him's answer is correct, part of the reason that there aren't many airways over central China is just that there's rarely a reason to fly there. Where possible, aircraft prefer to take paths along great arcs, which are the shortest distance between two points on the surface of a sphere (such as Earth.)

In short, there simply aren't many common air routes between city pairs where the shortest path passes over central China. If you look at the first image posted in the question, you will see that the flights into China are primarily flying either to or from Europe or Eastern North America (the ones crossing over Mongolia,) Japan or Western North America (the ones crossing over the Sea of Japan and East China Sea,) India (the ones flying over South China,) the Middle East (the ones flying over North China,) or Australia/Philippines/Thailand/Indonesia/Oceania/etc. (the ones coming in from the South.)

For your great arc path to pass over Central China, you'd need to be going to or from central China itself (which isn't terribly populated,) Siberia (which is even less populated,) the Central Indian Ocean (which is open ocean with Antarctica on the other side,) or the mountainous region between China and India (which also doesn't have a lot of air traffic.) So, there's normally just not much reason to fly there and, thus, not much reason for China to have airways there.

For the specific example that was shown in the question of the Emirates flight, the arc on which its flight path is shown across Northern China is, in fact, very close to the great arc between Dubai and Incheon, which looks like this:

This map should give you something of an idea for how unpopulated Western China is: 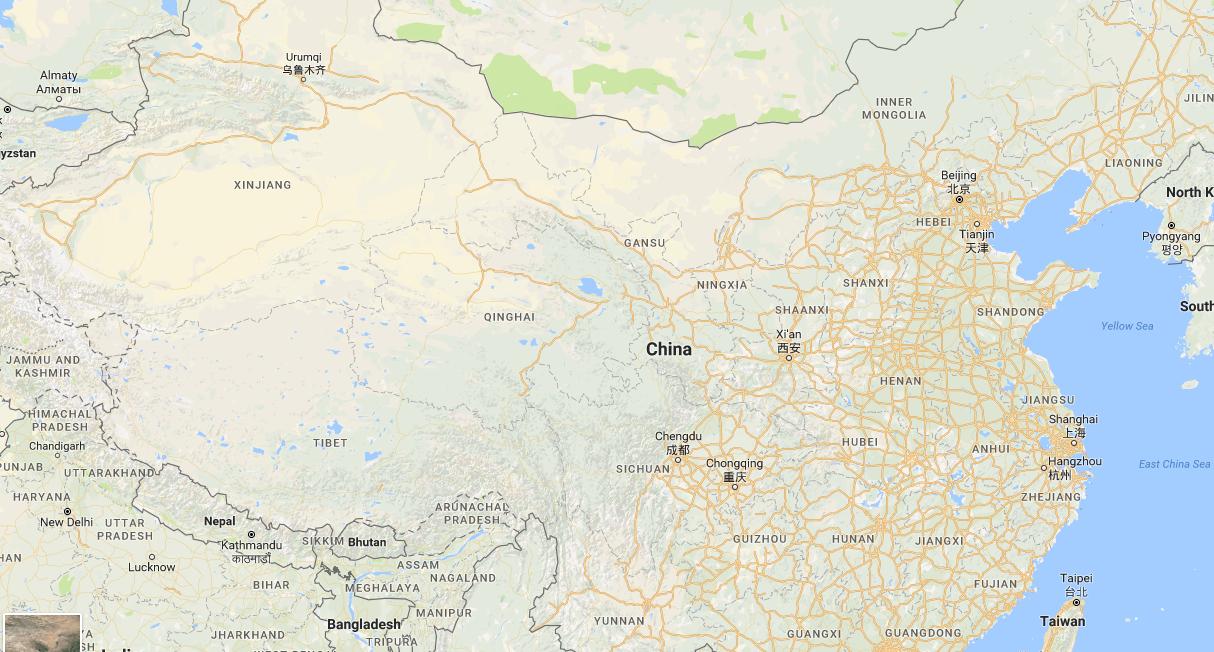 According to FlightRadar24, I see Flight TV9886 of Tibet Airlines flying into Lhasa right now.

So, the answer seems to be that they do when they need to.

Not the answer you're looking for? Browse other questions tagged navigation flight-planning flightradar24 china or ask your own question.

9
Why doesn't flightradar show many flights going over China?

15
Do autopilots force the aircraft to fly over certain coordinates?
25
Why does "no aircraft cross directly over the pole"?
7
What factors besides tail/headwinds cause the time taken to fly some routes to be different from the time it takes to return?
20
Why did this aircraft fly in this pattern over Southern Italy?
2
Why do commercial flights avoid overflying Shandong Province?
9
Why doesn't flightradar show many flights going over China?
30
Why would a flight from Frankfurt to Madrid fly over London?
5
What were four objects seen in Flightradar24 over Germany with the callsign TWR?