How can I tell the difference between Spitfires and Hurricanes in photos?

The Spitfire was one of WW2's iconic aircraft, its fame coming from its spectacular performance in the Battle of Britain. But in that battle, Hawker Hurricanes outnumbered Spitfires 2:1.

Often articles about Spitfires use images of Hurricanes. How can I tell the difference between a Spitfire and Hurricane visually?

There are quite a lot of differences, some more subtle than others, but I tend to find this is the best angle for identification: the side view. Although as we'll see later in this answer, the top/bottom view has a fairly obvious difference, and there's a clue that we can use to identify from the front or rear 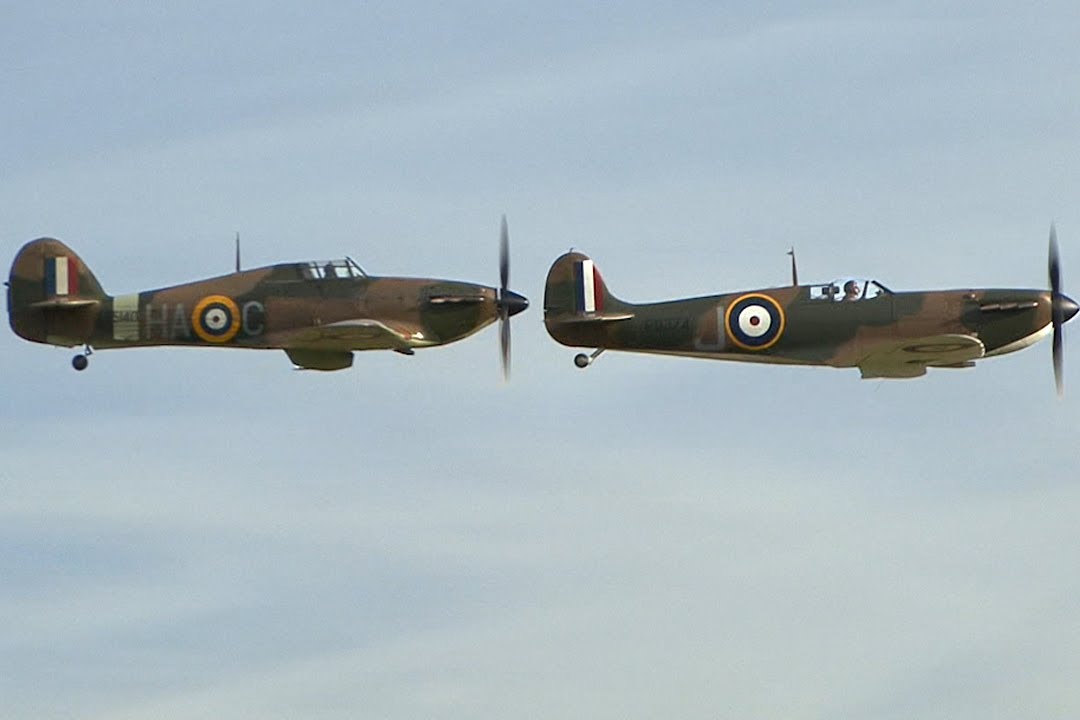 So what are you looking at?

On the left is the Hurricane. It's slightly larger than the Spitfire, although that's not always a great help from distance. Perhaps more usefully, the fuselage is fundamentally different shape: I'll elaborate on this in several areas where we can directly compare.

Firstly, the rear fuselage. At first glance the two are very similar, but the Hurricane has a much more pronounced "drop" to the tail, while the Spitfire's is a "rise".

What do I mean by that? Follow the line of the top of the cockpit canopy: the Hurricane's fuselage behind the canopy drops away, while the bottom of the fuselage is relatively flat. On the Spitfire, it's reversed - the top of the fuselage follows the line of the canopy, while the bottom comes up to meet it. It's a subtle difference at first glance, but once you've seen it once it's a very clear distinction. When looking at the Hurricane's rear fuselage, it almost appears to have a "dog leg", where the rearmost area drops in relation to the middle of the aircraft. The Spitfire's follows a much more continuous line

The Spitfire is also clearly much more sleek - it's a "pencil" shaped fuselage, long and thin and curvy. The Hurricane is more blunt and "solid".

The Engine cowling shape, as with the cockpit, is different: where again the Spitfire's continues a nearly straight line from the bottom of the cockpit, the Hurricane's has a distinct curve.

If you can get closer, you will also note that the Hurricane's fuselage is almost "ridged" - it's a metal frame with a fabric covering, and that gives it a bumpy appearance, vaguely visible on the above photo. 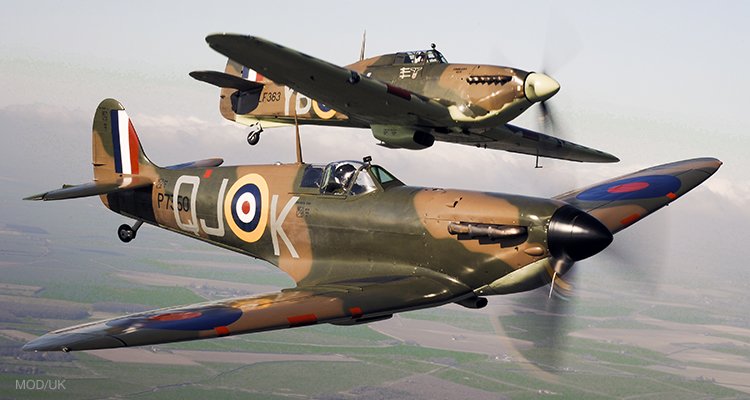 What about if you can't get a side view, though? Here's the Spitfire (below) and Hurricane (above) from the front... but you can see the same from the rear

Well from the front, there's a single very nice clue under the fuselage: the radiator housing: that box-like structure hanging from the bottom of the plane. The Hurricane has one, and it's on the centre of the fuselage. The Spitfire's is not, it's under the right wing. On some later models, there are two, one under each wing.

The next photo is included mostly for the wing shape, but the aforementioned radiator boxes are visible too: from this, we can tell the Spitfire is a relatively late war model: a Mk IX (9) onward: although there are other subtle clues that suggest this is a much later model... the 5 bladed propeller indicates a Griffon engine, so a Mk XIV (14) or later. Anyway, we can see the Hurricane's single centre radiator, and the Spitfire with one under each wing 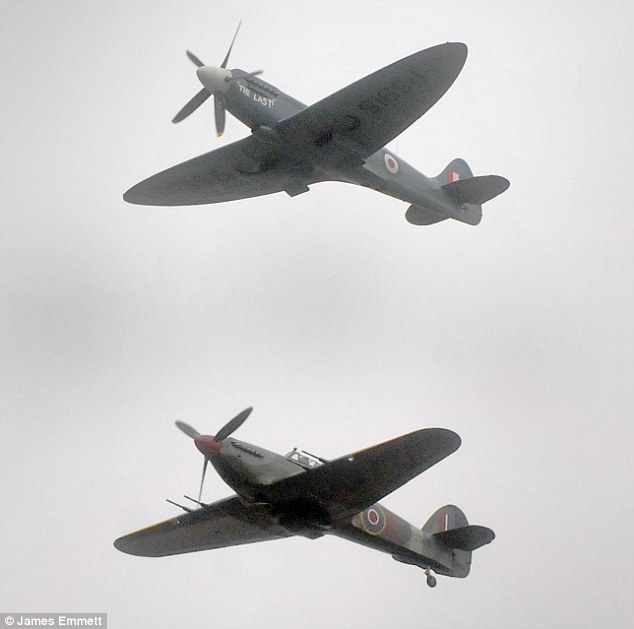 And finally, how about the bottom? Well, the Spitfire's wing is extremely distinctive: it has an "Elliptical" wing, shared with only one or two other aircraft. Once you can recognise the Elliptical wing, you can recognise the Spitfire very easily in flight. The Spitfire's wing, particularly the trailing edge, is very curved compared to most other contemporary aircraft. The Hurricane's wings are much more conventionally shaped, with both leading and trailing edges being straight (a trait shared with aircraft like the Typhoon/Tempest, P-51, Me109, A6M "Zero" and most other aircraft from the WW2 era)

Late War Spitfires (the above is a Mk 22) are even more distinctive: they have a "bubble" canopy that protrudes entirely from the fuselage.

I built models of each of these aircraft as a kid. And also saw them repeatedly in the Commando comics I read. From the standpoint of a child who knew very little about aviation but had built them as 1/32 models, there are two standout differences:

The Spitfire has a distinctive elliptical wing. The Hurricane has a more regular wing that is rounded. 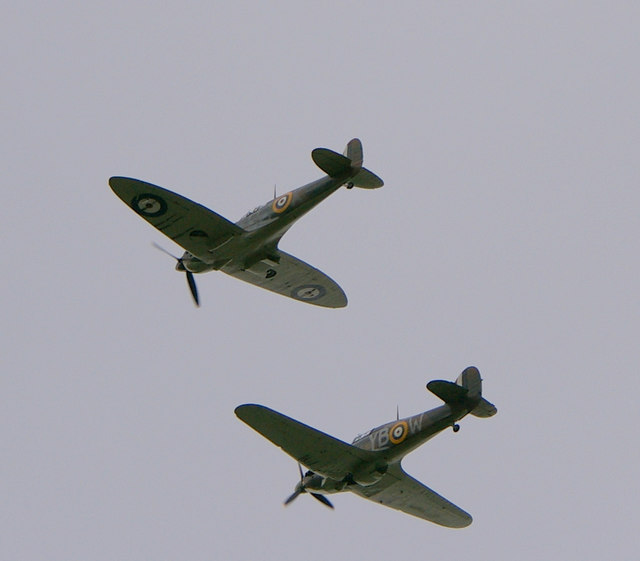 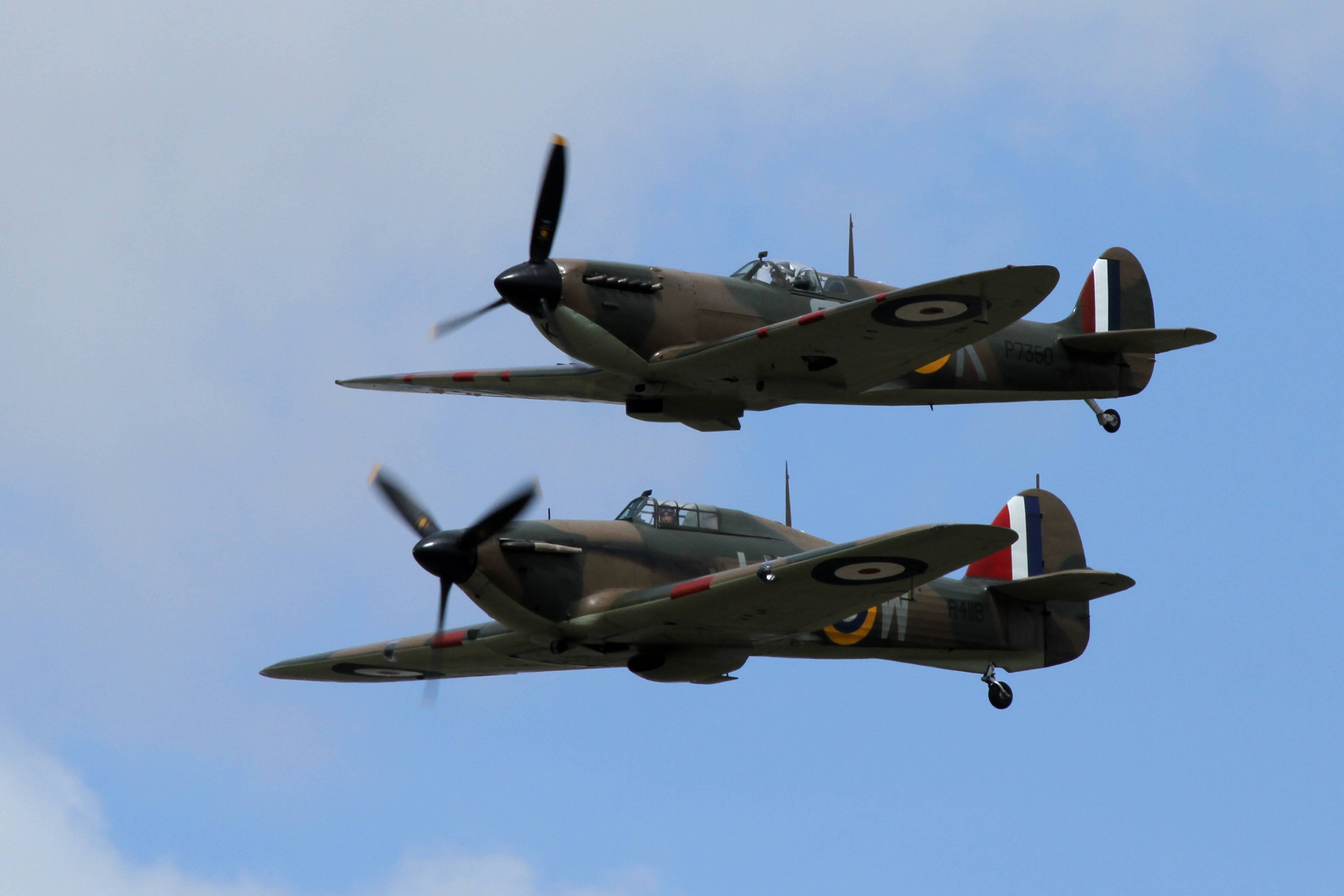 Both are very cool. But the Spitfire is somewhat cooler. Even a 9 year old knows that. 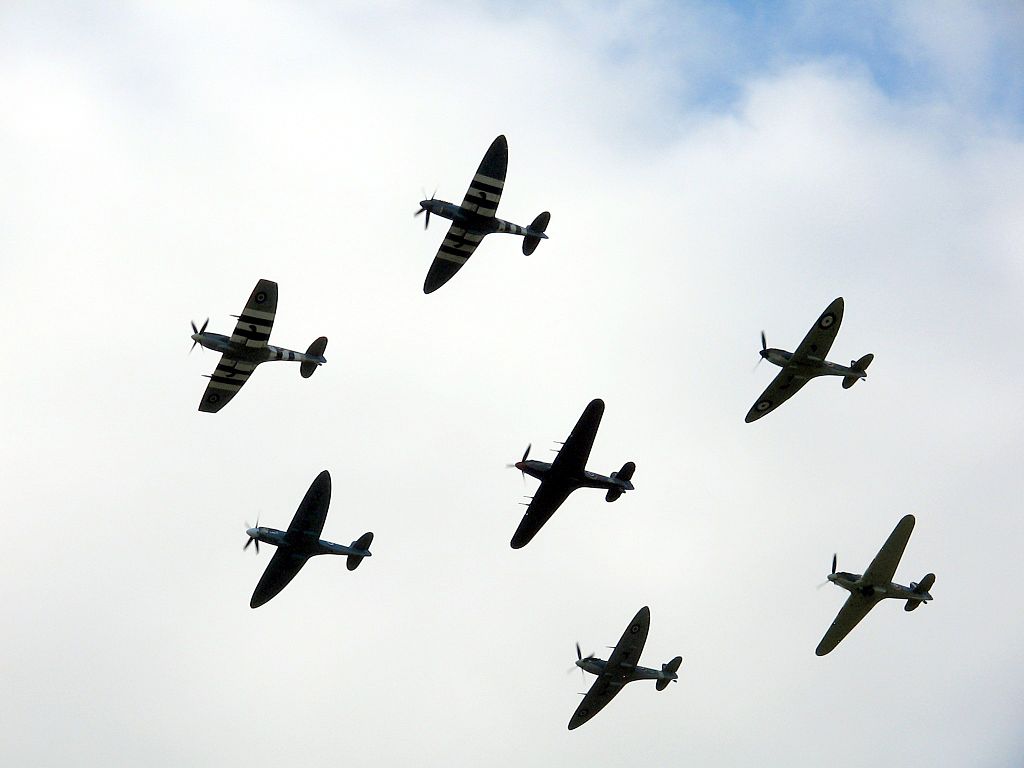 And some extra goodies. 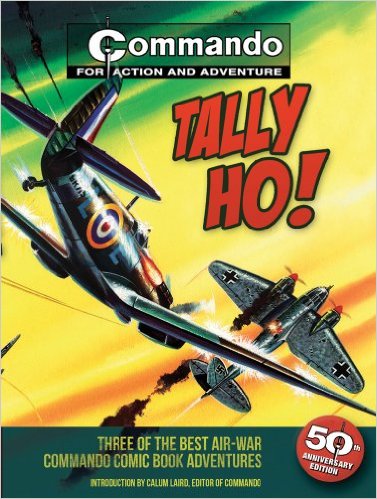 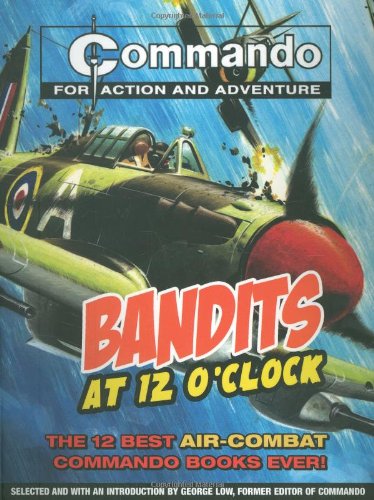 This is a Spitfire from its most distinctive viewpoint. Note the elliptical wing. Some later models had the tips of the wing clipped. 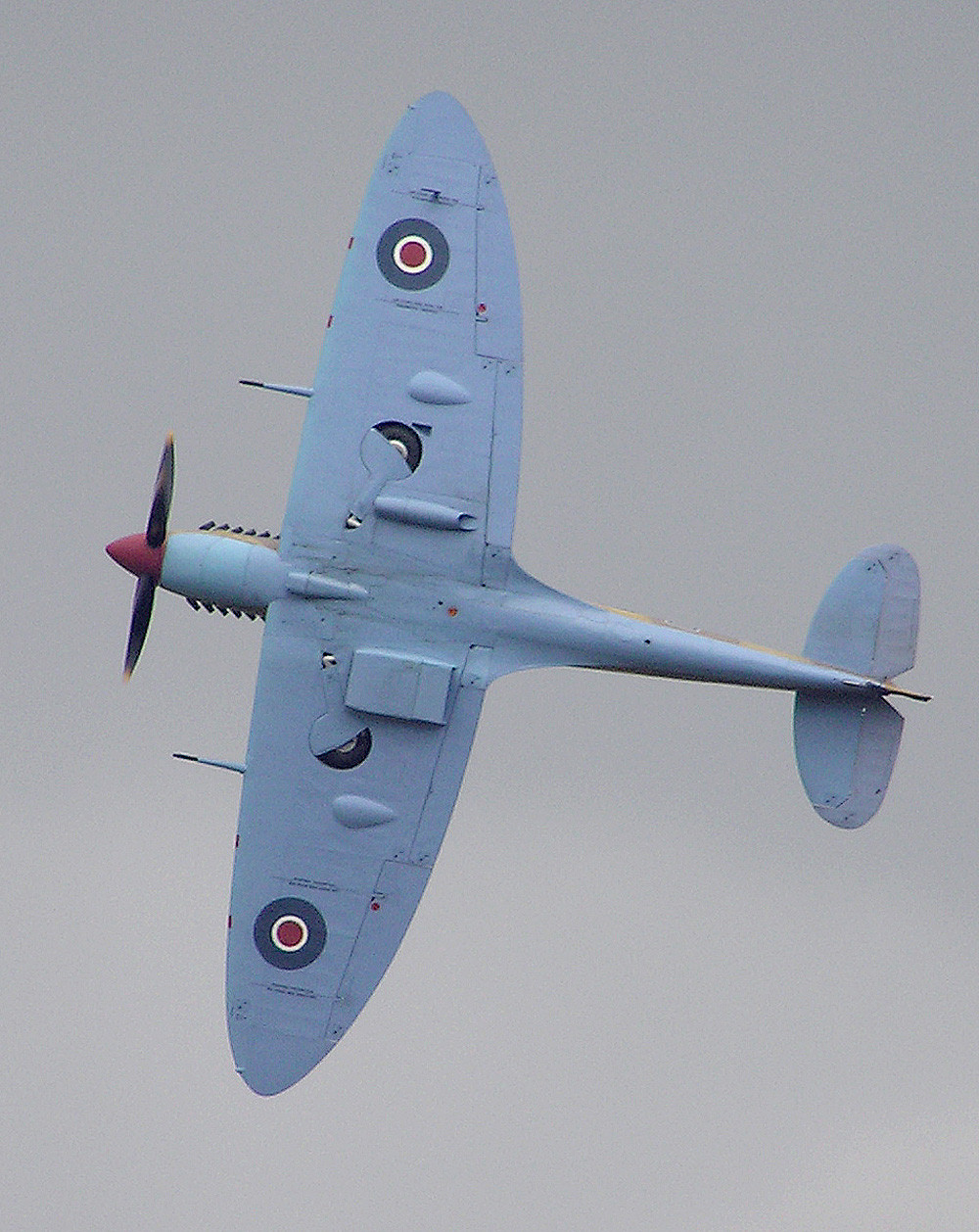 This is a Hurricane. 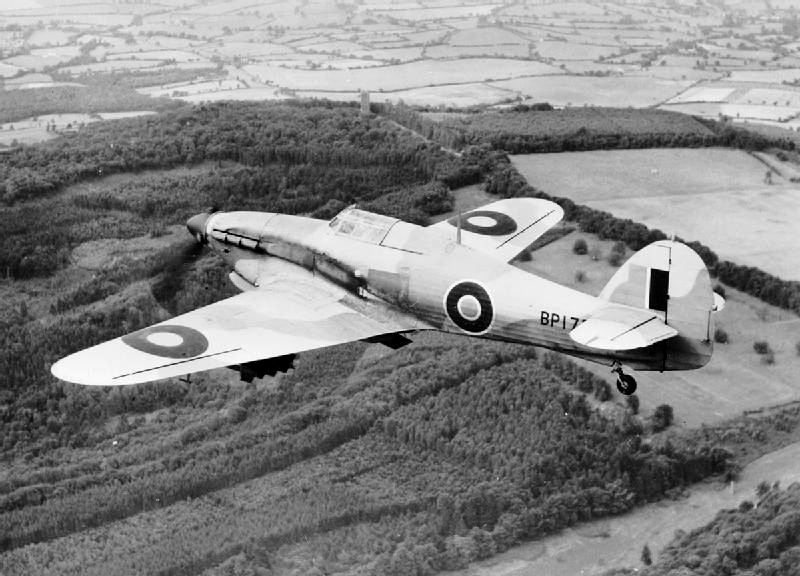 This problem is complicated by the fact that there were many variants of the Spitfire (especially) and the Hurricane. Here are some easy-to-spot differences.

This is a Spitfire again. 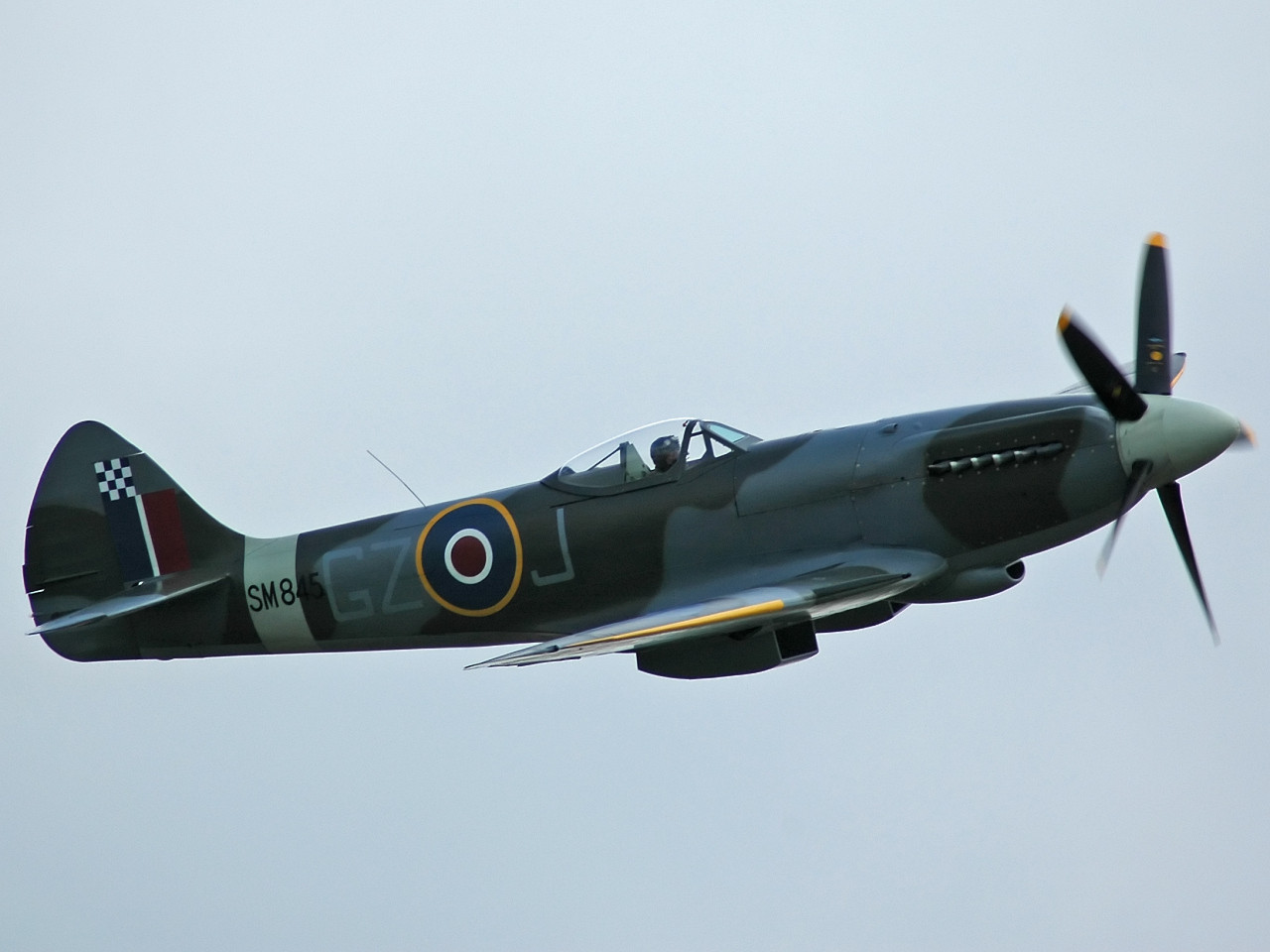 Note the Spitfire has bubble canopy. Hurricane has a razorback. The Spitfire has a rounded vertical stabilizer. The Hurricane is rounded. Most Spitfires have extended barrels for cannons. Most Hurricanes do not have cannon (some models did). The hurricane was fabric covered. Note the fabric ripples on the tail.

Certainly on many of the earlier model spitfires, the aerial was closer to the cockpit canopy than the hurricanes. Later models had much finer (thinner) aerials, more difficult to see.

As others have pointed out, there were many variants of both aircraft, and some variants lack the biggest recognition features. One variant of the Spit even lacks the distinctive elliptical wings, with cut-off straight wing-tips instead. Although I don't have the exact figures, I think the cockpit canopy is the most reliable indicator.

You can't see in the photos people have posted, but the sound of the Merlin engine which most Spitfires had is very distinctive as well. If you've heard it once, you'll recognise it again, and you won't confuse it with another aircraft.

One joke I've heard from today's aviation enthusiasts is that a Spitfire looks very similar to a Seafire, while a Hurricane looks almost the same as a Sea Hurricane. The joke is of course that those two are both naval variants, so obviously they look very similar to their land counterparts, but if you can't tell them apart to start with, that doesn't help.

Not the answer you're looking for? Browse other questions tagged aircraft-identification spitfire or ask your own question.

0
What are the main visual differences between Spitfires and Hurricanes?

7
Is there any way to tell the difference between MD-80 models?
14
How can you identify an Airbus or Boeing from the inside?
6
What are the visual differences between the ATR42 and the ATR72?
12
What are the differences between the MiG-15 and MiG-17?
15
Can anyone tell what kind or even which airplane this is?
8
What aircraft looks like a cross between a Cessna and a glider?
19
What is the definining line between a helicopter and a drone a person can ride in?
21
What aircraft was used as Air Force One for the flight between Southampton and Shannon?