On a T-38 Talon on static display at a museum, I spotted a trio of aerodynamically shaped devices located aft of the vertical tail and between the engine aftbodies fore of the nozzles, as shown in the photos. If these are vortex generators (VGs), what in the world are they doing there where there's no aerodynamic surface aft of them for the energized vortices to flow over? Could they be some other sort of protuberance, such as antennae for some system on the aircraft? 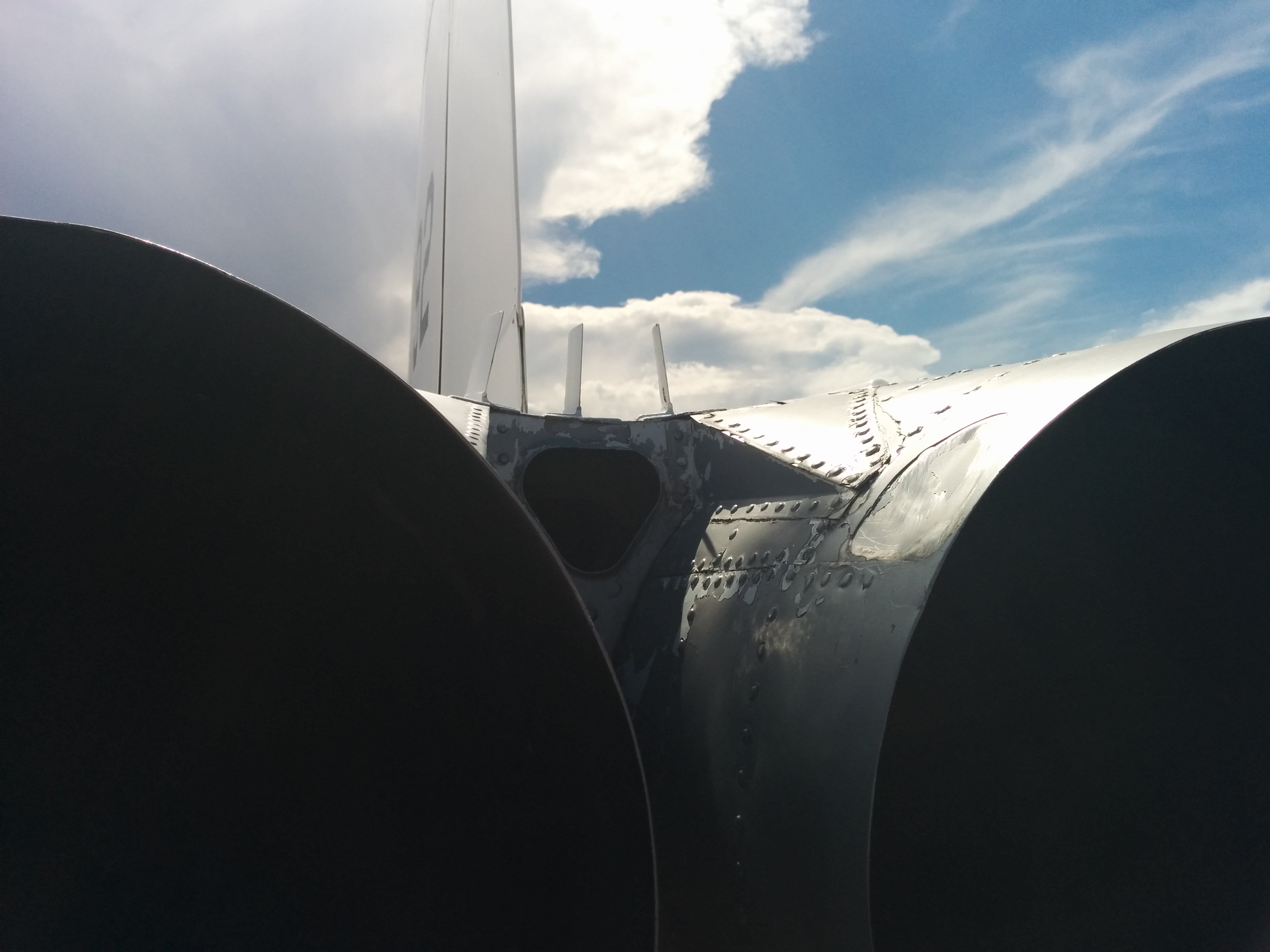 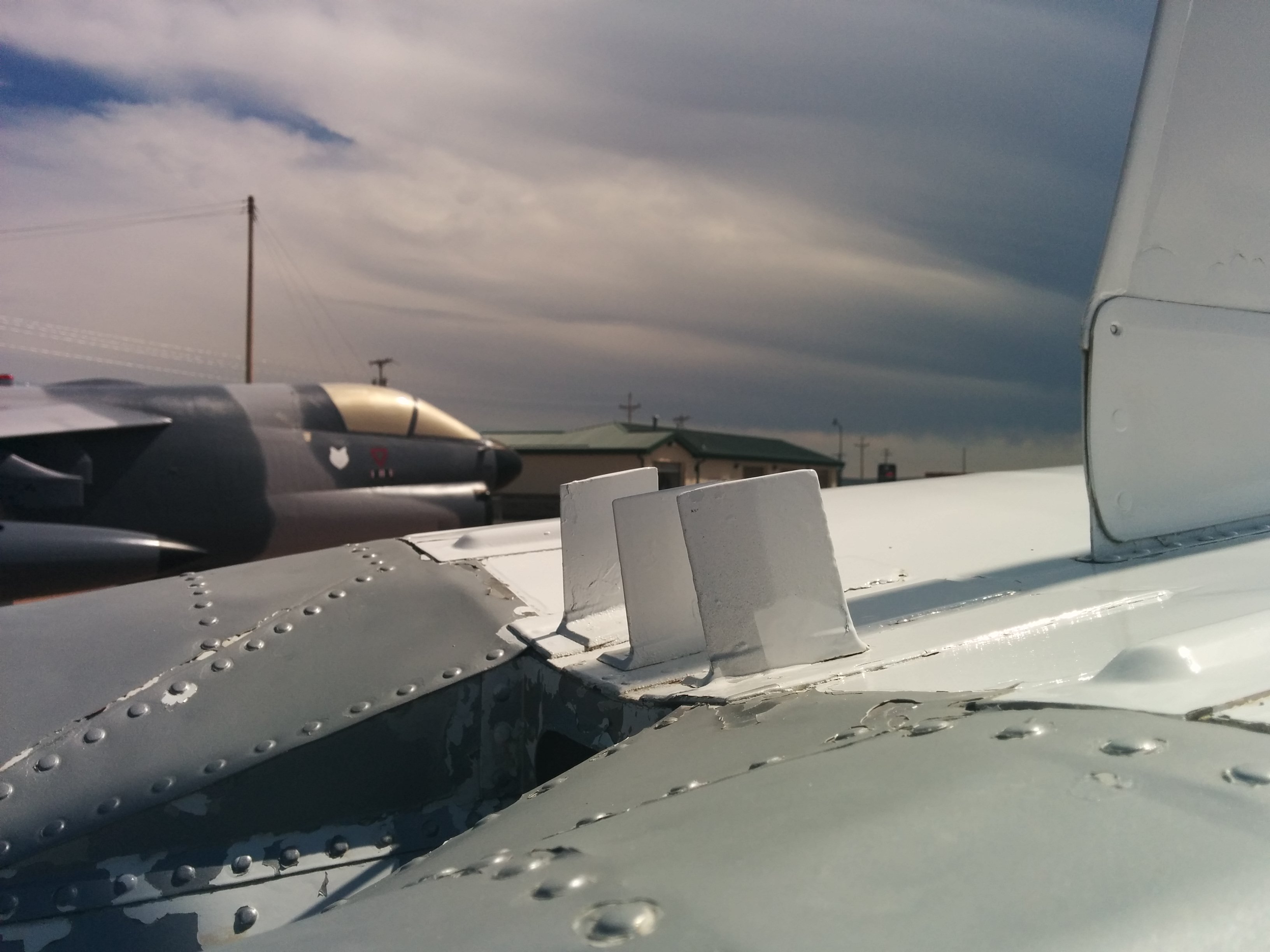 There are a couple of possibilities, both out of the T-38 Flight Operations Manual.

It's a nozzle for a smoke generator. This was an option on the T-38 airplane to generate a smoke trail behind the aircraft for training purposes.

If possible, inquire if that aircraft was an AT-38B. Those aircraft apparently had an optional 'ballast box' in that region, which I'm assuming was some sort of a counterweight placed there in conjunction with the bomb racks for practice bombs and other range equipment.

As to the vortex generators? Who knows!

Several of the aircraft I have worked on have vortex generators just a head of the fuel dump area, especially if they're near the exhaust. Those do appear to be right about the fuel dump on that aircraft.

Not the answer you're looking for? Browse other questions tagged aircraft-design aerodynamics t-38 or ask your own question.

20
Why do blimps have fins?
11
What are these fins on the Beechcraft 1900?
23
What are the spiky things on the back of the Antonov-225 vertical stabilizers?
24
What is the purpose of fins on the empennage on some helicopters?
14
What is this aircraft with a big gun on its back?
8
Are the vortex generators on the Cessna Caravan necessary and sufficient for safety of flight?
2
What could be the cause of an uncommanded roll at high speed?
0
What provides a higher lift to drag ratio, a thick laminar wing or a thinner wing with a vortex generator
10
What is this part of an aircraft (looks like a long thick pole sticking out of the back)?