Is the airspace at KGPT class E or G when the tower is closed?

I'm a bit new to airspace and I'm trying to figure out if the airspace around Gulfport-Biloxi International (KGPT) changes to class G or E when the tower closes. Looking at KGPT's airspace on a sectional, it is Class D with a note to check NOTAMs/Supplement for Class D/E (sfc) effective hrs. 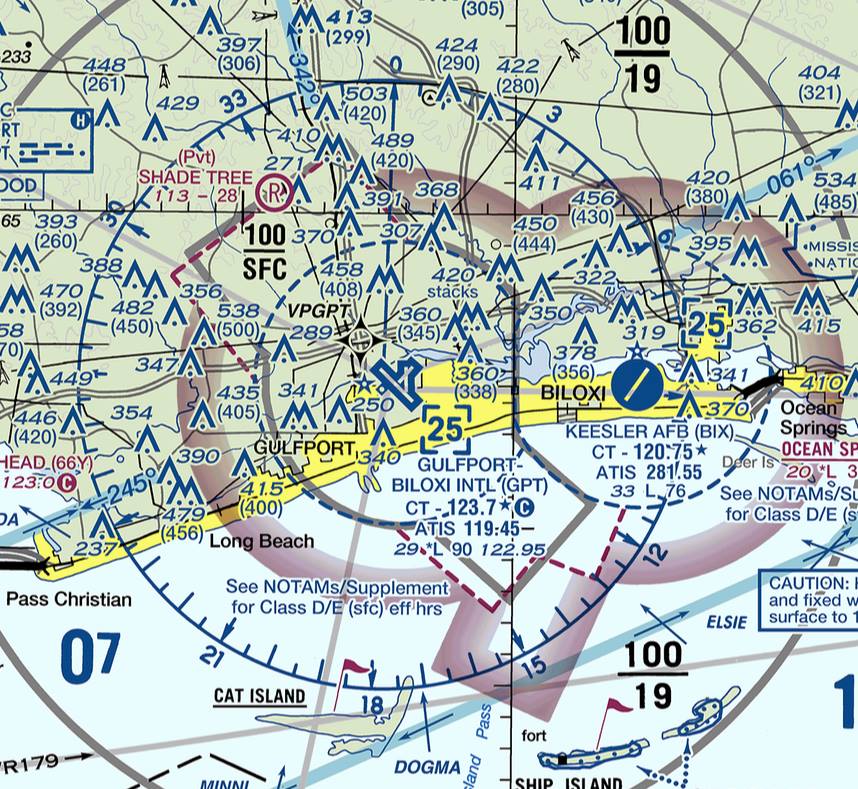 Now consider what the next level of controlled airspace is when the tower is closed and the airspace over KGPT becomes Class G. It would be 700’ AGL Class E airspace. The AIM goes on to detail this (emphasis mine):

And goes on to explain in Note 2 of paragraph 3-2-5 (with added emphasis):

If the chart says its Class G when the tower is closed, they are talking about the surface area ("sfc" in the note), not the overlying airspace.

Not the answer you're looking for? Browse other questions tagged faa-regulations air-traffic-control airspace class-d-airspace or ask your own question.

5
What class is the airspace at KGCN when the tower is closed?