Are there any Airworthiness Directives for the Boeing 777 that might explain MH370's disappearance? [closed]

Are there currently any ADs for Boing 777s which would indicate the potential for catastrophic electronic system failures that might explain MH370's transponder failure and other issues?

Was the aircraft used for MH370 in compliance with all ADs?

Are there currently any ADs for Boing 777s which would indicate the potential for catastrophic electronic system failures that might explain MH370's transponder failure and other issues?

No one of the ADs issued for 777s can by itself fully explain all the facts of the final flight of MH370/MAS370.

Anyone speculating about the fate of MH370 needs to fit their hypothesis to the above facts.

They would have to explain how the failure incapacitated multiple systems within a few minutes and before any of them could be used.

In particular what did NOT happen:

And what DID happen

This AD issued Feb 18th was reported on in March in connection with MH370.

But Reuters reports that Boeing stated this AD does not apply to the aircraft used for flight MH370.

If you ignore that and look at the consequences of a fuselage crack in the vicinity of the satellite antenna, you can see that this would not turn off the transponder, would not affect the VHF aerials and, if it caused a slow decompression - does not by itself explain why the crew would have failed to respond to the resulting low-pressure alerts by donning oxygen-masks, contacting ATC and descending to a safe altitude. 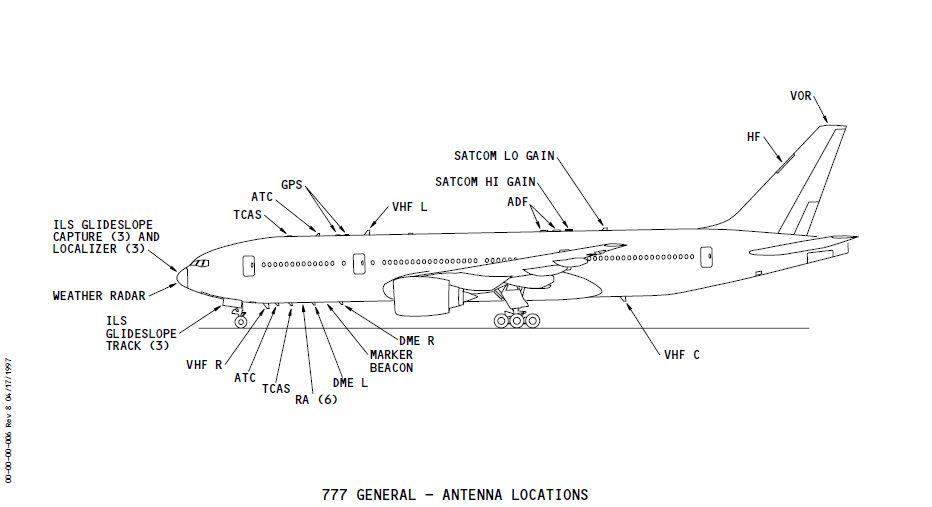 A shortage of facts always leads to speculation. Some of which can be very imaginative. The onus of proof is on those producing the hypothesis.

I'm sure there are thousands of hypotheses but, in my opinion, the simplest explanation I've read which is consistent with the known facts is deliberate action by a pilot or persons unknown. This doesn't mean it is the right explanation, just that it seems the most probable to me at the moment.

Was the aircraft used for MH370 in compliance with all ADs?

We won't know with any certainty until the investigations branch of the relevant regulatory authority publishes their report on the incident. In previous accidents over an ocean, it has, on at least one occasion, taken years before a final report could be written.

Currently, there have been no confirmed reports, that I can find, of an AD that warned of the potential for catastrophic failures and which should have been applied to 9M-MRO and wasn't.

Not the answer you're looking for? Browse other questions tagged commercial-aviation mh370-incident airworthiness-directive or ask your own question.

12
Are there any aircraft that come with interchangeable flightdecks?
41
Why do pilots have the ability to turn off the transponder in-flight?
11
Who pays for the compliance with Airworthiness Directives (AD)?
6
How do I locate a list of restrictions that would prevent a pilot from flying in the US?
32
What do flight attendants do if a passenger asks what is going on in case of a potential emergency?
6
How unusual were MH370's final ATC exchanges?
14
Who decided that the Boeing 737 MAX planes that were airborne when the grounding was issued cannot enter and land in EU air space?