When one engine fails in a twin-turbojet aircraft, is there a weight imbalance?

In a turbojet aircraft with two engines, when one fails does the weight of the working engine increase due to the fuel flowing to it? If it does, how is the weight balanced on the failed engine side?

Since your question is specifically on "jets". We need not worry about the critical engine.

There is one thing to be noted in most of the commercial jets. The engines are placed close to the fuselage in order to reduce the moment arm - mean that should an engine fail, there is a reduced difference in forces,as compared to if an aircraft had engines on the wings tips.

The following are two vital things to be carried out during imbalance due to engine failure:

The following procedure is for a Boeing 737 : 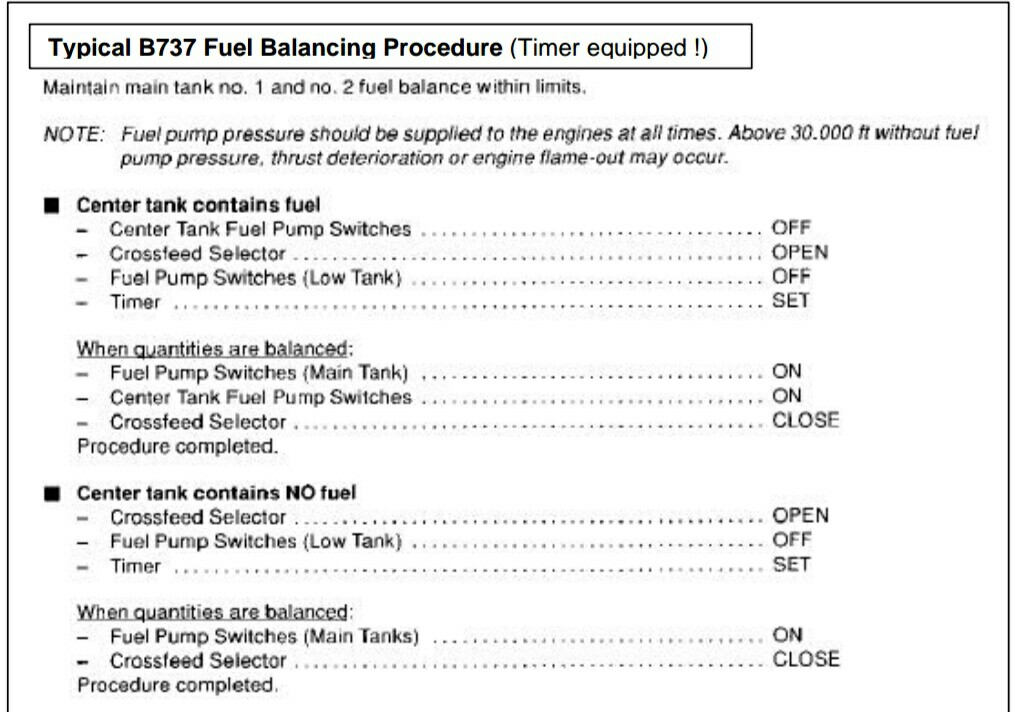 Detailed schematic of a B737 Fuel System: 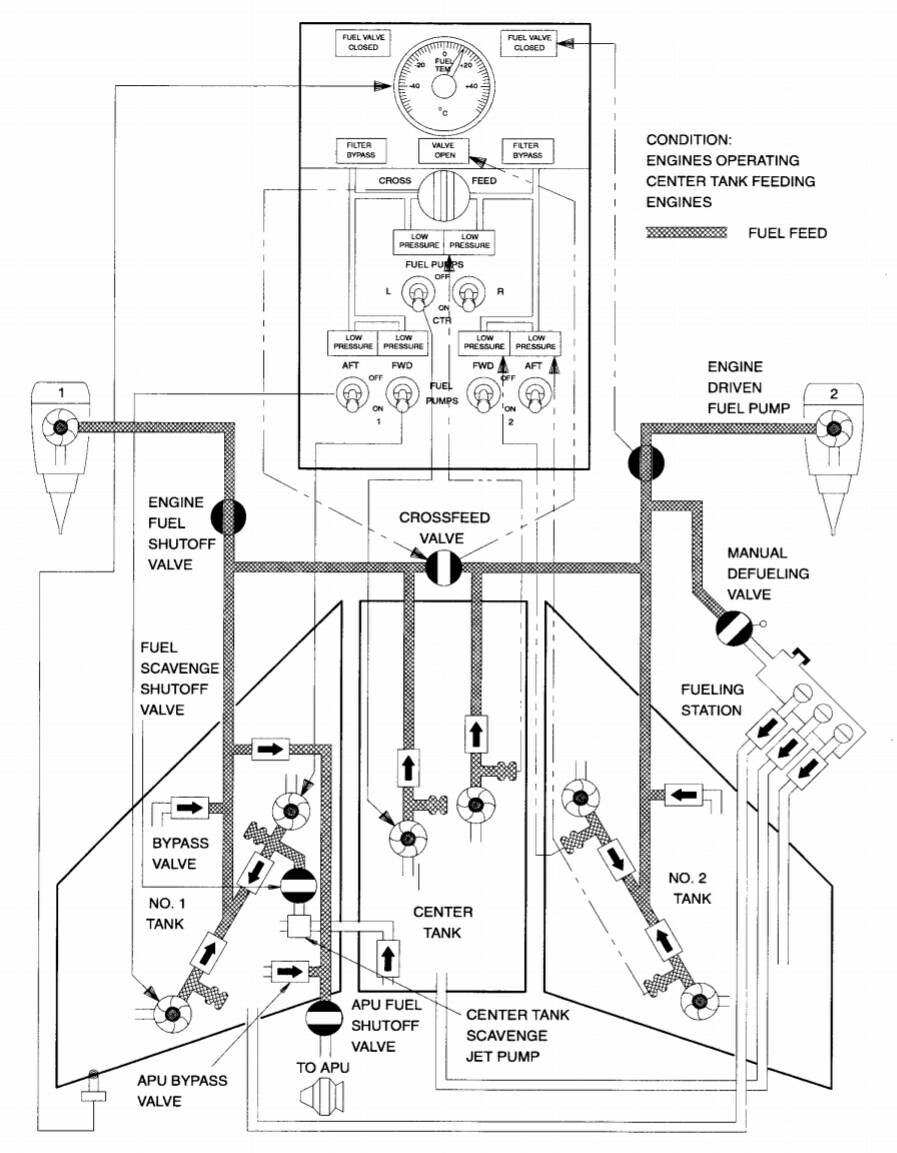 The procedures vary from one aircraft to another. And for a turbo prop aircraft it's a whole new thing involving "critical engine".

Fuel systems are designed such that when an engine fails, fuel is no longer supplied to that engine. Further, fuel can be supplied from the tanks(s) on the failed side to the operating side to maintain balance as the operating engine continues to burn fuel. The details of how this is done and the extent to which it is automated depends on the aircraft type.

25
Why should you not turn in the direction of an inoperative engine?
13
What is the relationship between thrust and engine RPM in a turbojet?
9
Do airline pilots identify failed engines in the same way as light aircraft pilots?
7
Why is an outward spinning propeller better in theory on the North American F-82 Twin Mustang?
9
What are the reliability statistics for modern jet engines?
2
Is there an alternative (more robust) operating law/setting for jet-engines? After one engine failed?
28
Why bother having different engine options on one aircraft?
4
What does it mean when an aircraft engine is de-paired?
7
Why does an engine fail if its FADEC fails?