Could the vertical stabilizer be removed on the NASA X-57?

I was reading this article about how NASA will develop this new X-57 X-plane which has many tiny electric motors mounted on the wing. 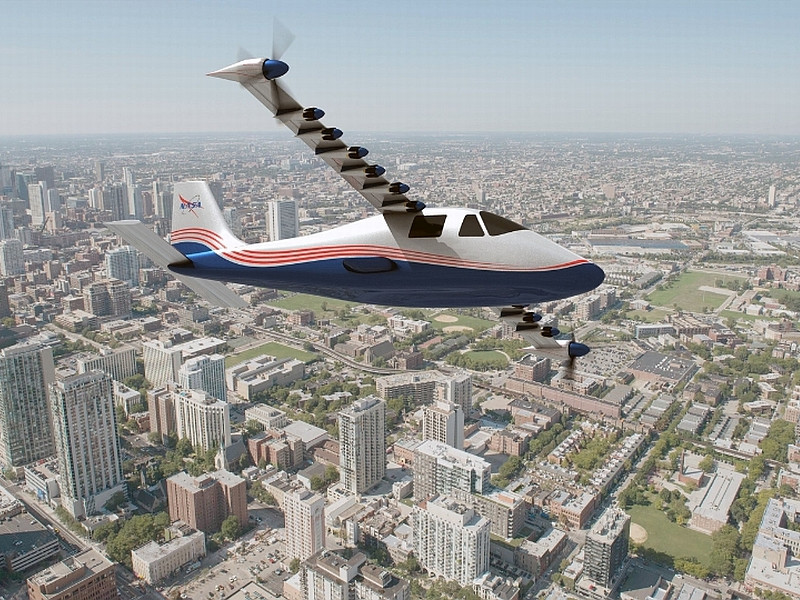 Now, I wonder: How come this aircraft still has a vertical stabilizer? I thought that one of the points of having many tiny electric motors was that you needn’t worry about an engine failure (one engine fails, you shut down the one on the opposite side; you still have 12 working, no big deal). You probably don’t have to worry about lateral stability either, because those motors can probably easily stabilize sideslip oscillations (a bit like on a quadrotor, where you can maintain a stable hovering position thanks to accelerometers and fast control feedback).

Am I missing something?? If so, isn't there a way to downsize the stabilizer a little bit? How would you go about calculating that?

EDIT: I realize the problem of power failure, but couldn't it be just avoided by carrying lots of independant battery packs (instead of a central big one), so you can be sure that you statistically never lose control of all your engines?

Differential thrust is not a good way to control the yaw of an airplane. For one thing thrust control has to be extremely quick, if it takes even a second between a control input and the thrust response then you won't have adequate control over the airplane. For another you are entirely dependent on having engine power available for stability, if you lose your electrical system or your battery goes dead then so are you!

Another reason differential thrust is not a good idea is that at full power the only way to create differential thrust is to reduce power on one side. If I'm on climbout and I need to yaw I will lose climbing power, this means I would have to reduce my flight path angle to maintain airspeed. If I'm close to stall speed a sudden reduction in power could make me enough airspeed to stall. Not good. The only way to really mitigate against this is to increase motor power and restrict the maximum power a pilot can get. This is extra weight and cost.

Lastly, the X-57 has the engines all down the wings, this means that when the engines are going they will be producing airflow over the wing. Differential thrust means that the engines are forcing more air over one wing than the other, the wing getting more airflow will create more lift, this has the following undesirable characteristics:

Comparing quadcopter technologies to the technology going onto the X-57 is a bit of a misnomer:

Another very good reason for not changing the tail surface at all is that this is a research aircraft--it is not an ideally optimized aircraft. By basing it on the Tecnam fuselage with no changes, NASA can get a baseline number for the drag reduction allowed by this small high aspect ratio wing vs. the original, much larger wing on the Tecnam twin engine aircraft. They are purposely isolating this single variable. Indeed, a paper authored by someone on this project gives an airframe drag reduction estimate of 1.5 times compared to the parent aircraft; they believe an optimized design could reduce drag further.

Not the answer you're looking for? Browse other questions tagged experimental-aircraft electric-engine nasa vertical-stabilizer or ask your own question.

11
What are some disadvantages that come with a design like a B-2 spirit bomber?