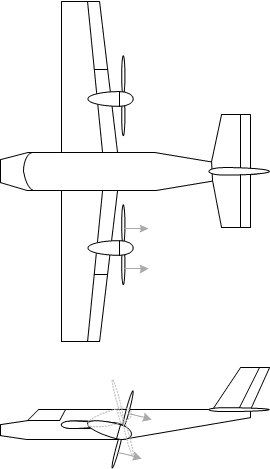 5
Why don't aircraft use gimbaled engines instead of flaps?

1
Why aren't thin, delta-shaped wings used for fighter aircraft?
1
Why wasn't a scramjet used for the Concorde?
6
Why are the top speeds for jet engines higher than for propellers?
3
What do I need to know to design contra rotating propellers for a powered paraglider?
10
Do fighter jets use elevators as ailerons?
2
How do I calculate the total cruise power from the propellers accounting for the losses?
34
Why do military jets sometimes have elevators in a depressed position when parked?
8
In missiles, what actuators are used for the control surfaces?