Why did this aircraft fly in this pattern over Southern Italy?

Why would an aircraft fly in the pattern shown in the image below? The location is Southern Italy. 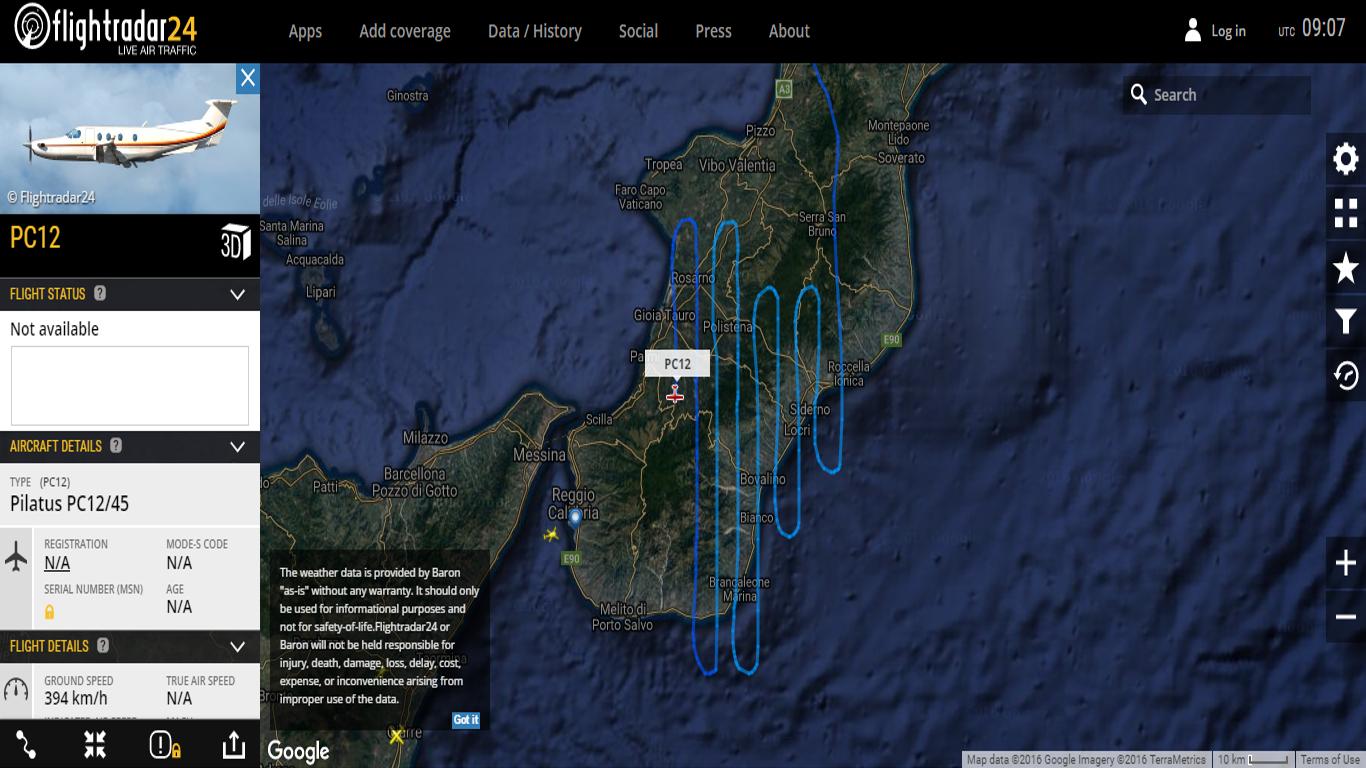 That flight pattern is almost certainly aerial surveying / mapping work and it's quite common all over the world. Companies like Google, Bing, etc pay for low to medium altitude photography and surveying of areas.

There is another possible but far less likely answer. If an aircraft is equipped to detect radiological signatures, the baseline data collection patterns look like this.

So what does that mean? We live in a world which nuclear technology is used for many purposes, and is probably more prevalent than most people realize. Additionally, there are many sources of measurable, albeit low level radiation all around us emanating from various natural and man-made things. Granite, certain soil, radon, etc.

So the idea is the aircraft platform is equipped with specialized equipment to detect points of origin and dispersal rates and patterns radiation sources. Since real world examples of when this was used: The Washington State nuclear waste storage facilities tunnel collapse and subsequent leak, the Fukashima nuclear power plant meltdown, a terror attack using a dirty or small suitcase nuclear bomb.

So if an event occurs, the government will need to fully understand the level of magnitude regarding any radiation that would result. They would need to see how much, how large an area is impacted, which way is the radiation moving, and how quickly it is dissipating. But because there are those naturally occurring levels of various magnitude and scattered randomly throughout a region, a baseline measurement of the entire region in question must be completed.

Otherwise in a real world nuclear incident, the results would be inaccurate and possibly misleading based on not tapping into account what radiation was already present.

Not the answer you're looking for? Browse other questions tagged flightradar24 flight-path or ask your own question.

3
What is this plane doing flying back and forth near Sydney at night?
2
What might this P-68 be doing?
1
What is the purposes of grid-like pattern route for small aircraft?
0
Why would an airplane fly in parallel, straight, closely spaced lines?
0
Why does a plane fly like this?
1
Zig Zag pattern
86
What is this plane flying in overlapping circles pattern doing?
3
Is there a more specific term than 'flight line' for straight lines flown during flight?
-2
What is this aircraft doing?