Do jets breaking the sound barrier leave shredded metal on the ground?

As a kid (1960s and 1970s) we would find shredded metal rolled into a loose ball similar to the shredded paper one might find in an Easter basket, in the hills surrounding our farm. We had the Royal Canadian Air Force (RCAF) based about 60 miles north of us in Moose Jaw, Saskatchewan, and the jets used to fly over the farm quite often. We were told that this metal came from the jets when they broke the sound barrier. I can not find any information to confirm this.

I don't think this had anything to do with military jets breaking the sound barrier nearby; it does sound more like strips of metal recovered from chaff dispensers on the jets; countermeasures systems which eject hundreds of strips or threads made of metal foil used to thwart enemy radars. Most likely the aircraft discharged their chaff dispensers during training exercises over the farm; you simply recovered some of the metal strips. 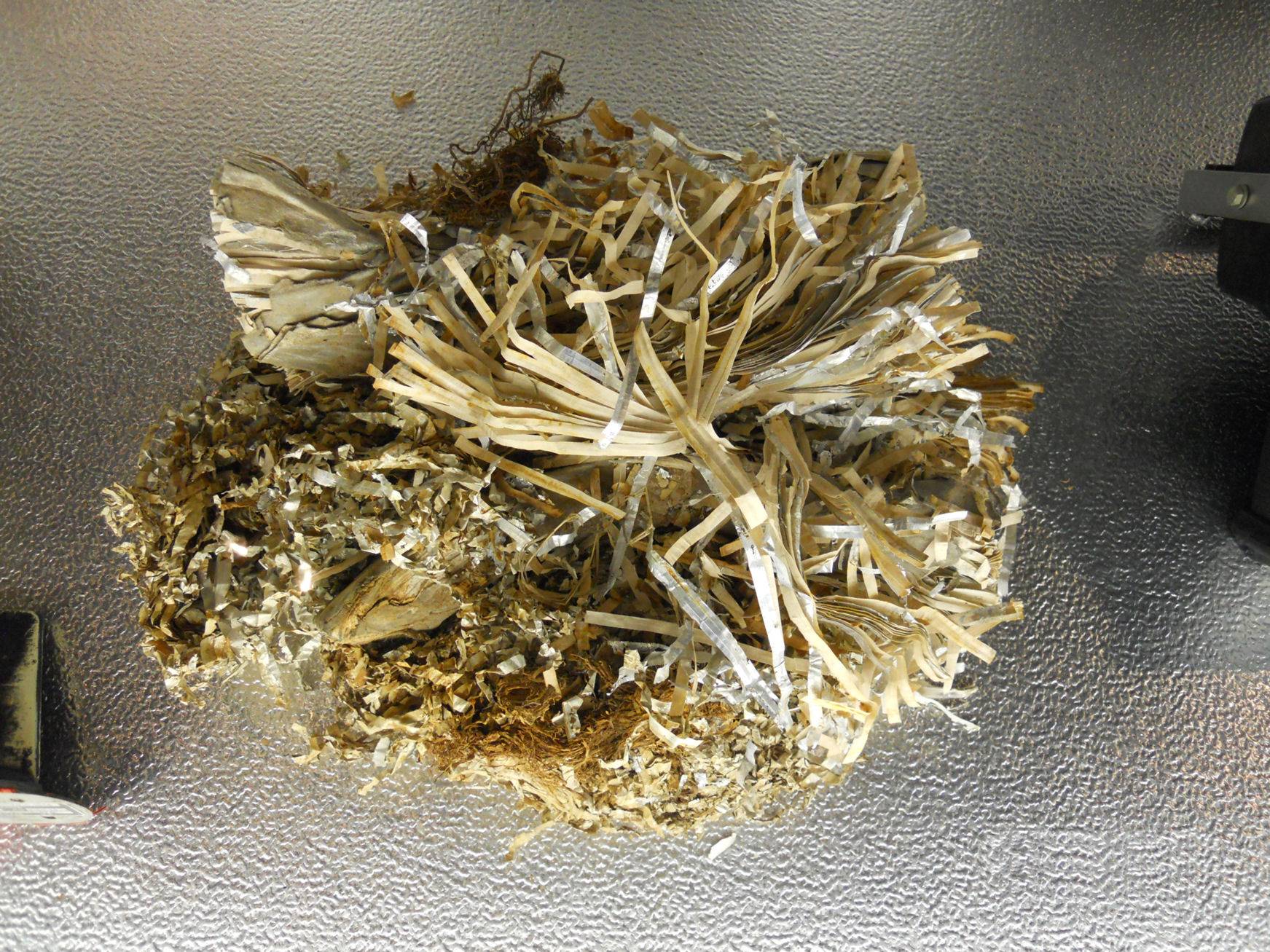 That's definitely not true, metal shredding off an airplane is the sign of a structural failure, and is a serious problem. It certainly doesn't happen often.

It's unlikely that they would be going supersonic over land, you'd know it if they did as it creates a very loud bang.

As for what that metal was I couldn't tell you, perhaps they came from the airplanes and perhaps they didn't, if you have a picture please do share it. If I had to guess I'd say could be chaff, metal foil dropped from an airplane as a radar countermeasure.

Here is a video that shows several aircraft breaking the speed of sound, including several still images of it. You'll notice that none of the images show the skin of the aircraft being affected.

There are a lot of misunderstandings regarding breaking the sound barrier, including several theories, that still linger from the 40s and 50s, that an aircraft would simply break apart when it hit the sound barrier. Those rumors, I think, produced ideas like the one you state here. I mean, if older planes would have broken apart, perhaps newer planes are only barely surviving by simply shedding metal shavings when they break the sound barrier, right?

Well, the problem is that this argument would be based in a false claim. Planes didn't break apart simply because they "hit the sound barrier". In reality, the main issue most aircraft faced when they broke the sound barrier was that their control surfaces would start to lose effectiveness because the supersonic speeds caused the air to separate from the wing.

Approaching the speed of sound will cause super sonic airflow over the front of the wing, changing the center of lift in an effect called Mach Tuck. Further, fully breaking the sound barrier can then cause direct interference with an aircrafts control surfaces if they are not properly designed (Peter Kämpf's excellent answer, linked above, has all the details). This could cause the plane to tumble which may, in turn, cause it to break apart.

In essence, it wasn't a materials problem, it was a control surface authority problem. Once that issues was fixed (as it was for the Bell X-1), the fear of an aircraft breaking up when hitting the sound barrier were mitigated. No material changes were actually required, the X-1 was made out of plane old aircraft grade aluminum alloy.

In fact, it takes some serious speed before materials come into play at all. Somewhere over Mach 2 is where we have to worry about the skin failing, but even then, it's not from force (which is what would create metal shavings) it's from extreme heat (like when a space craft is re-entering the atmosphere.) But we have materials that can deal with that now as well, and we have some craft that can safely go six times the speed of sound without any serious damage to the skin.

Anyway, sorry for the long rambling answer. It just seemed liked there might be some questions behind your question that you might like addressed. Hopefully I wasn't to presumption ;).

As you said in the 60's 70's let me relate what I do know. Aircraft countermeasures were in their infancy. As a kid driving first the Avon Sabre or CA-27, to be more correct (sorta like your Canadair Sabre Mk6 but with balls), which would only go sonic very high going down hill or lower going very, very quickly downhill, then the Mirage IIIO/E which were sonic anywhere you liked (with varying degrees of efficiency) we had rudimentary chaff dispensers (by today's standards) which were rarely armed for normal training. The reason being is that the method of discharging the chaff was like a short little shotgun barrel with a shot gun like cartridge propelling the chaff shot fired electrically.

If on a training mission chaff was used before returning to base you would recycle the system to make sure that there was no misfire that was gunna get your ground grew on the apron. For it to be still balled it may have been a pilot coming in lowish and slowish and the ball didn't have time to disperse.

Why low and slow? 60 miles you would be getting near the point of slowing down on approach. The Sabre not so much but the Mirage yep and as Canada had the 104 definitely yes but Moose Jaw was mainly Canadair CT-114 Tutor (definitely NOT sonic capable) if my time there (on exchange) serves me correct.

44
Why does supersonic flight detach airflow from a wing?