What flight and route information do pilots need for flight? [closed]

A pilot needs some information before and during flight like METAR, TAF, NOTAM's, Charts, Frequencies, and so on. I want to build someday ,when I have enough time, a website, for private use (Flight Simulation), and maybe when I get the project to work good for public too, that displays all of that data. One should be able to input Departure and Arrival Airport and then get displayed all the Information named above about those two airports. The real question:

What do pilots still need except the above named? Have I forgot something. What would you implement, what would you like to have that makes your pilot (real or flight sim) life easier? Do you know a nice option in the GARMIN G1000 that could be implemented. But please only possible things. An artificial horizon is nice and would be even possible more or less but is very hard to program and is useless for flight simulation.

I might be able to help a little, I am a professional software developer and also a recreational pilot in Australia.

Starting firstly with the requirements for such a site. Data for different countries is often sourced from different locations, so you would need to investigate that. I can only speak for Australia, but we have a web service that we can log into which provides us with weather briefings (METARs, SPECIs and TAFs, as well as ATIS for some Class C airports) and NOTAMs, and which also allows us to submit flight plans. There are a few apps available which link in with this system, and you could definitely get yours to do the same.

Charts are again something that will differ between regions, and you will need to source these.

On to flight planning itself, you've mentioned the basic things you need. I only file VFR flight plans, so I can only speak for those. I start by finding my origin and destination on my charts and ensuring I have all the charts required for the flight, and that they are all up to date. I have a look for any PRDs (prohibited, restricted or danger airspace) along a direct route, and plan around them by selecting waypoints that will take me on a track away from them. I avoid controlled airspace where possible and look for major landmarks that I can use as visual cues along the way. If your system could tell me straight away what PRDs I'll be breaching, whether they are active (from the NOTAMs), and if so, plot a course away from them, that would probably make it stand out from the crowd.

Once I have my route, I look at the LSALT (lowest safe altitude) along it (by looking at the terrain elevation and any obstacles), and work out my cruising altitude, conforming to the hemispherical level rule (odd altitude for track 000-179, even altitude for 180-359, plus 500 feet for VFR). Again, your system could look at the terrain in the area and suggest an altitude for me which conforms with this rule.

Once I have my exact route (both horizontal route and vertical route), I work out my TOD and TOC (top of descent and climb), mark those on the charts, and then work out my fuel burn by looking at the forecast winds at each level and calculating how much head/tail wind I will have, plus any offset I need to counteract any crosswinds (which may affect my groundspeed if the offset is large enough). There are a few apps out there now that will do this all for you, so I would expect you would want your system to do the same. If you're serious about this project, I would recommend getting your hands on a wizz wheel and learning how to use that. That'll give you a good idea about how the calculations work, and you should be able to make a few algorithms from that.

To give you an idea, below is my flightplan from a few days ago: 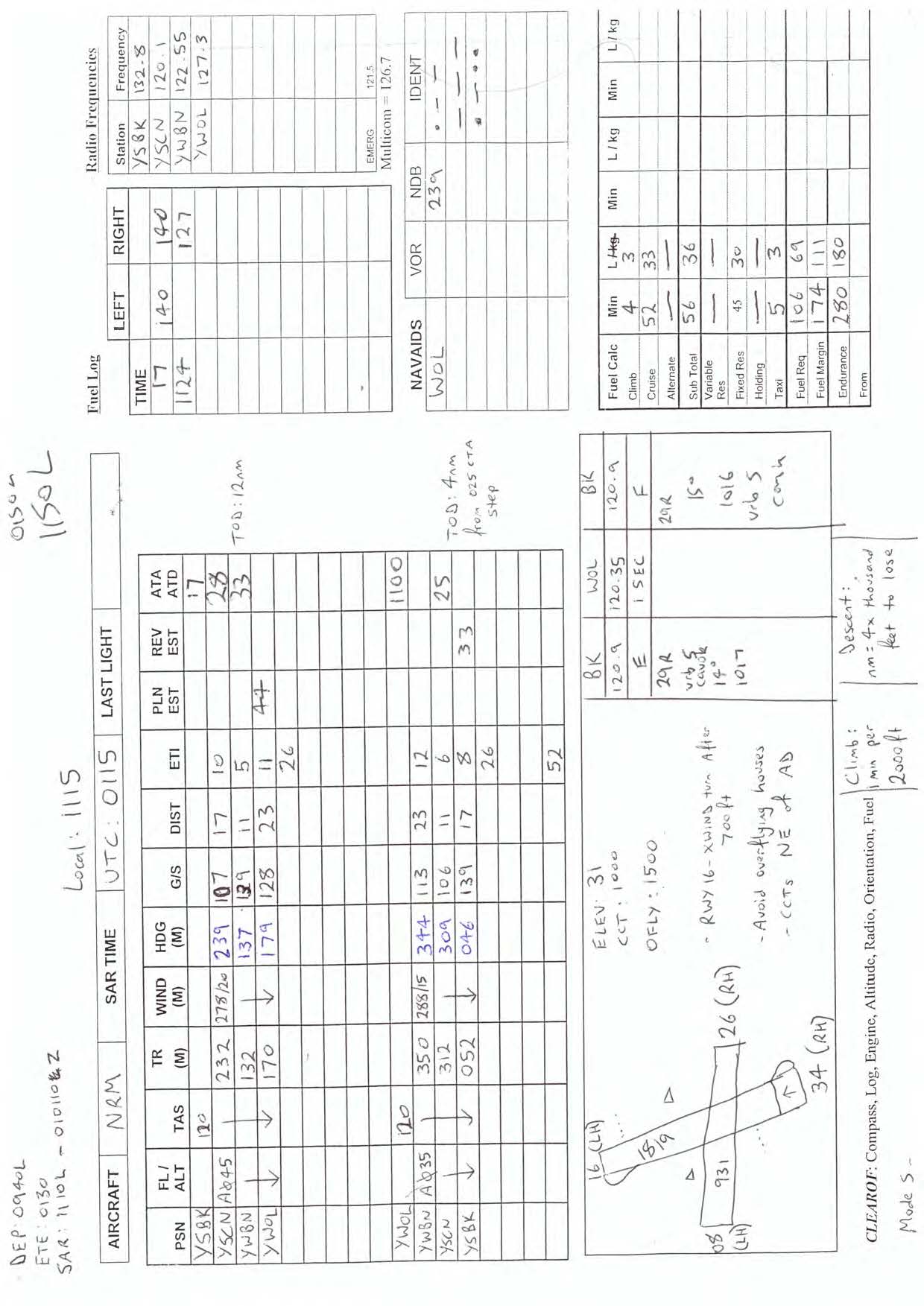 Then it's a matter of filing the flight plan and going for a fly.

14
How/Where can I get additional weather information for flight planning?
7
What's the difference between Free-Flight and Free-Route?
5
Between land and sea, which route is preferred?
6
Cross Country Planning: What do I put in the NavLog for the GPS route?
4
What is the reason for the detour flight route from AUH to BEY?
3
Is this ferry flight route possible for a B737-800 WL?
25
How can a private pilot prepare for a long cross country flight in an unfamiliar area?
5
How does FlightAware correlate flights to Part 91 flight plan data?