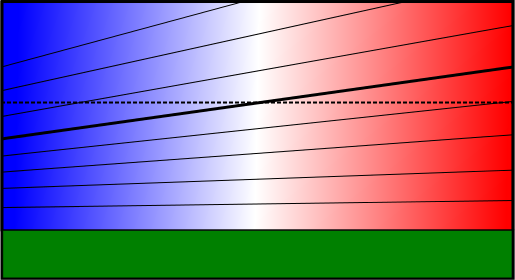 11
What are ISA +10, ISA -15 and ISA -30?
15
Do instrument approach procedures sometimes have a minimum temperature?
11
Is the altimeter setting corrected for temperature?
7
How is non-standard OAT accounted for?
3
Do pressure altimeters take into account differences in temperature?

4
Where is the mistake in this air density calculation?
6
How do I calculate density altitude by hand?
1
Why is the relation of height and temperature different when calculating altitude?
13
What is Density Altitude?
6
Flex temperature isn't actually "fooling" the FADEC, right?
2
Why doesn't temperature affect Pressure Altitude?
8
If absolutely nothing changes except temperature, does indicated altitude increase, decrease, or stay the same?
11
Why are pressure levels raised on warm days?
5
Is the ISA still up to date?