Can a sonic boom arrive before the source?

I'm on the ground, a fast jet flies from very near to the ground, I hear the sonic boom soon, but after the plane passes my point, right?

The real question I'm trying to solve is this:

I just heard an explosion-like sound, and then heard a jet pass. So this means there was an explosion. Am I correct?

One thing I doubt is that the "normal" sounds I heard after could also be "lagged", so it might have confused me about the timing, but I think that wouldn't make a big difference.

Assuming the aircraft you saw was traveling in a straight line, then the sonic boom you heard (assuming it was a sonic boom) could not have been generated from that same aircraft. This is because the sonic boom is experienced at an angle back from the flight path of the aircraft. 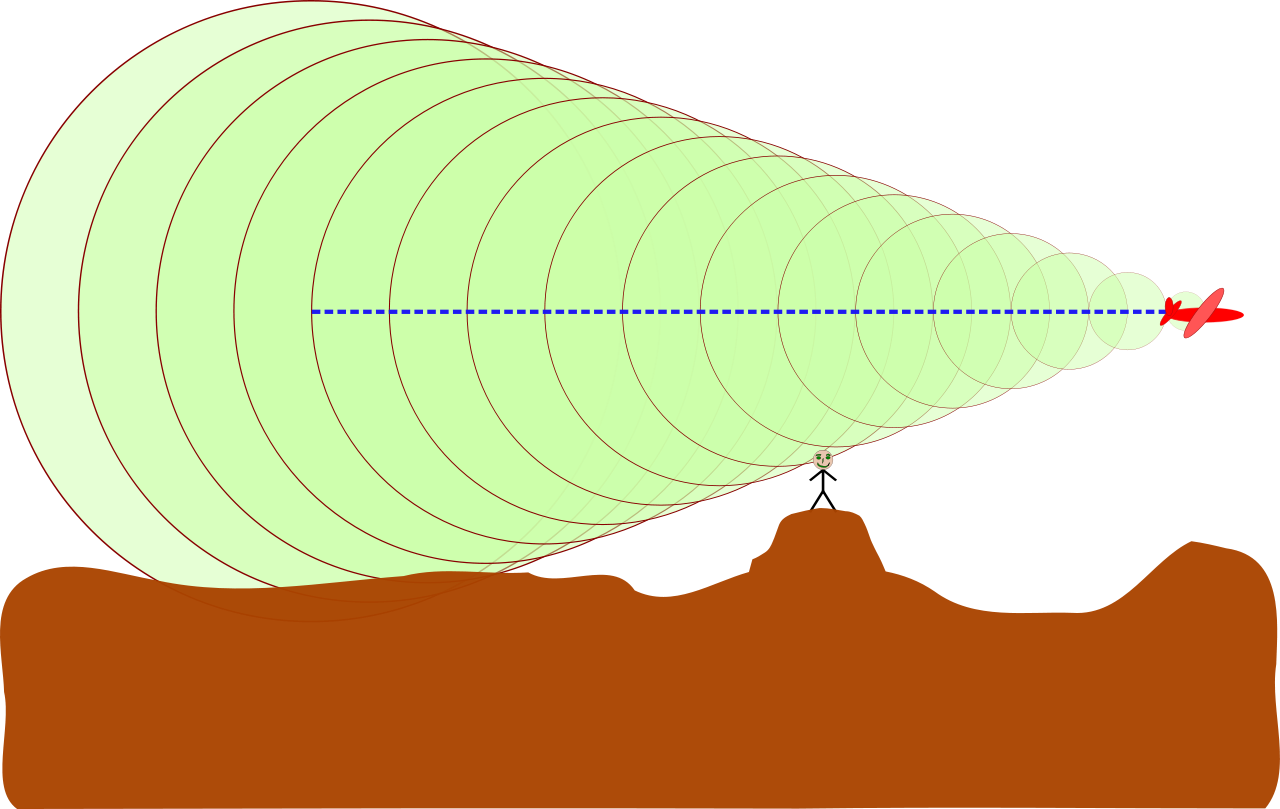 Many aircraft which are capable of generating sonic booms also happen to fly in groups. Fighter jets are a good example of this. Fighter jets often train in groups of more than one aircraft.

Not the answer you're looking for? Browse other questions tagged supersonic aircraft-physics or ask your own question.