What is the best design for a small flying wing with special flight envelope?

I'm designing a small, light and portable flying wing UAV that will launch and land vertically via a Tilt-rotor system. I'm attempting to use the program XflrV5 but am having difficulty understanding the numbers. I'm a design and electronics guy, but a poor engineer.

The craft has a span of 6', root chord of ~8". Since it is a VTOL it does not need to fly slowly - below 15-20 MPH. I would like a top speed of ~100 MPH. the end product will be likely built with carbon fiber so compressibility shouldn't be a problem. After some reading I am tentatively using the s5020 airfoil but I'm not married to it.

My primary priority is forward flight efficiency, second priority is reasonable stability as it for recon use (forest fires, search/rescue military) but this can be mitigated by use of a stabilized camera gimbal. Maneuverability is a low priority if it has to be to accommodate the above items.

My question is with these parameters what type of wing design would work best and would sweep and twist be needed considering the speed envelope?

A UAV with a similar envelope would be the Boeing Scan Eagle as it is catapult launched and flown into a net for retrieval.

I have included some pics of possible designs to help show some ideal designs to meet the portability requirement. Note: the outer 2' (660mm) of the wing will be removable for portability.

It would be a great help to hear your opinions which would be best. 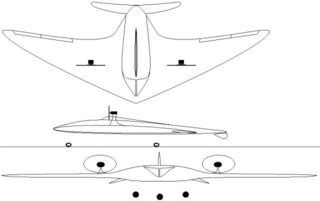 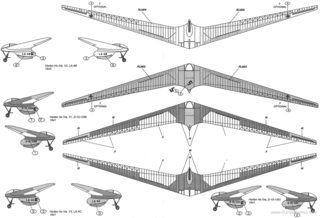 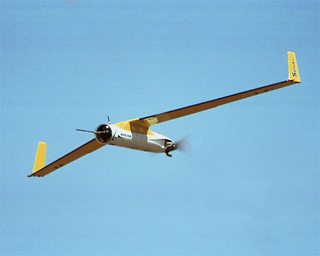 A similar model to mine is the Firefly6... mine will have some improvements as well as a different market. I forgot to add that the AUW will be 6 - 7 lbs. (~3Kg)

I know, flying wings are cool. But once you have built and flown one, you get a more nuanced view. To find the right configuration, start with a look at your objectives. You want:

Now let's see what a flying wing will do for you. Apologies for the heavy use of technical terms; please follow the links for more verbose explanations:

My advice: Put part of the saved area at the end of the fuselage as a horizontal tail surface. This will give you ample pitch damping (goes up with the square of the tail surface's lever arm) and enables you to use a high-performance airfoil on a very small wing which produces much less drag than a flying wing of the same minimum speed. If you want good high-speed performance it is important to keep the wetted area at a minimum to minimize friction drag.

Now that you have expanded the question and added portability, let me propose something that would combine all three characteristics: The Leading Systems Amber. It was designed to fold to the size of a torpedo to be carried onboard Navy ships by pivoting the wing by 90° and folding the two tail surfaces forward. Combine this with a folding propeller and hand-launch it to avoid conventional take-offs. 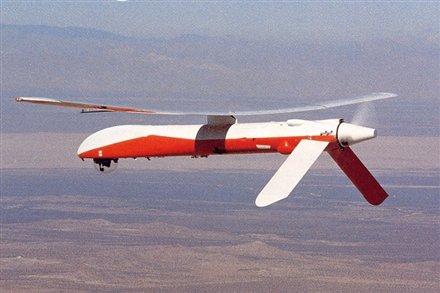 Landing was done by deep-stalling the aircraft. To quote from an article about Abe Karem in Air&Space magazine:

Most ingenious of all, Amber could be recovered by putting it into a “deep stall”—a feature used in free flight glider models to escape thermal updrafts and stay within flight time limits. The stall would bring Amber to “a near-vertical landing so it could be used from small ships, submarines or trucks/trailers,”

At least, this is what I would do: Build a scale model of Amber.

Not the answer you're looking for? Browse other questions tagged aircraft-design aerodynamics wing unmanned-aerial-vehicle flying-wing or ask your own question.

15
What is the reason for the poor low-speed characteristics of sweptback wings?
9
Do all aircraft need to have horizontal and vertical stabilizers?
14
How does wing sweep increase aircraft stability?
11
Do aircraft use the majority of their fuel to overcome friction?
7
What is the way to calculate the required twist of a flying wing?

7
What is the way to calculate the required twist of a flying wing?
5
How to design a propeller for UAV?
7
Is thermal expansion/contraction a major design problem for large subsonic airplanes?
10
What aerodynamic implications would a fictional two-pronged fuselage have?
2
For a small flying wing, can two motors with different speeds replace the ailerons?
0
Would a pure flying wing in straight and level flight have zero wing bending stress?
37
Why are there no cargo aircraft with "flying wing" design?
3
What are the scale effects of GA wing tip airfoils?