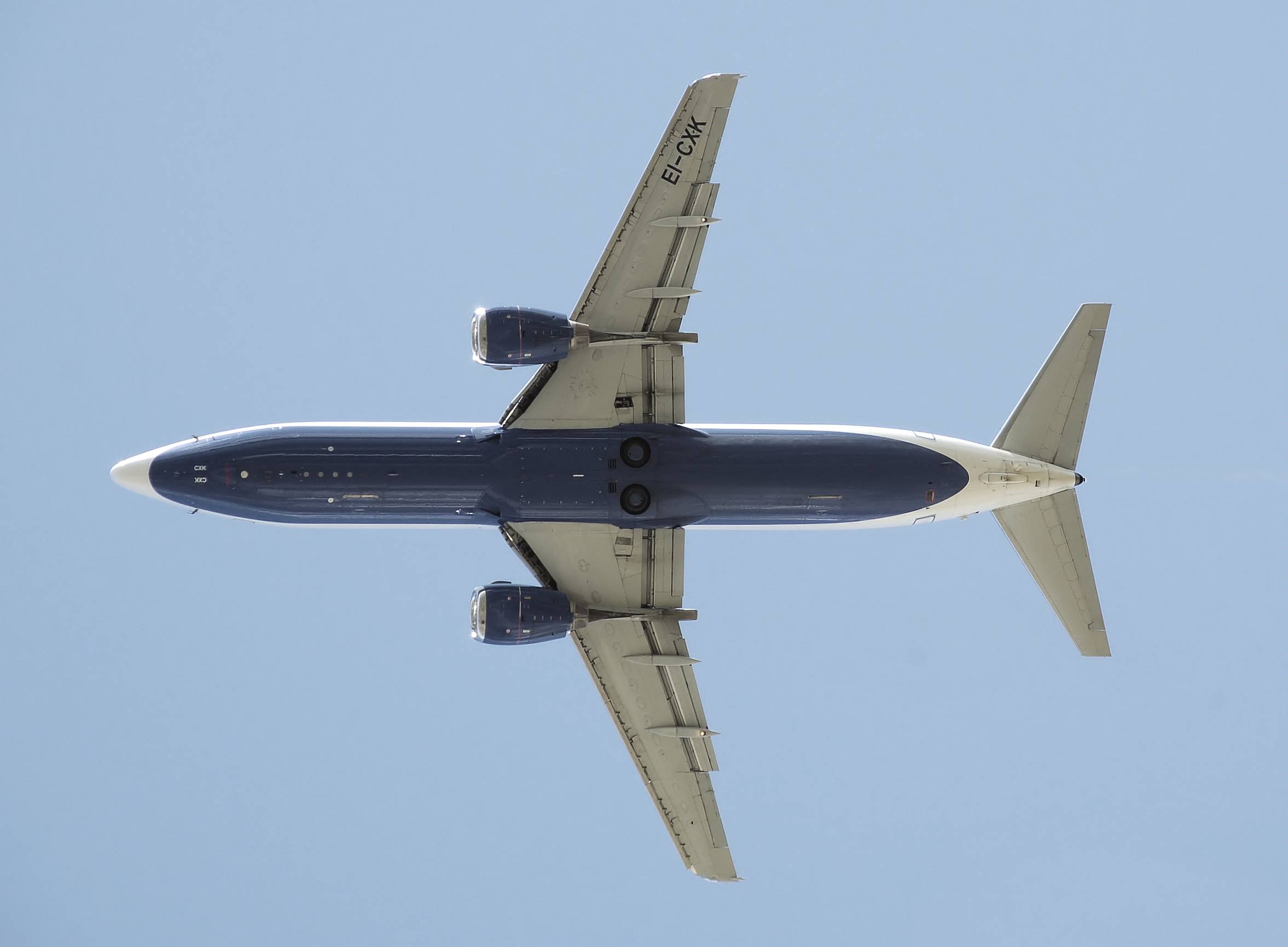 The unswept trailing edge near the root is a consequence of Boeing's flap track mechanism. Boeing Fowler flaps move perpendicular to the hinge line, and an unswept hinge line avoids lateral movement of the flap. Another consequence is a gap between the inner and outer flaps in order to allow both to move back without colliding. Boeing fills the gap with a high-speed aileron. Also, this gap avoids that the flaps protrude into the hot, turbulent exhaust stream of the jet engine.

12
What is the purpose of a wing Yehudi?
1
What's the benefit of cranked wing for commercial airplanes
13
Why does the wing root of the A330 have a pronounced twist?
12
What is the aerodynamic benefit of trailing edge sweep?
3
What are these parts on the wing of a Boeing 737?
6
What aerodynamic characteristics arise from trailing edge sweep angle?