What is the heat signature of a piston engine, relative to a jet engine?

I'm reading about the AIM-9 Sidewinder Missile again. I noticed this interesting photo: 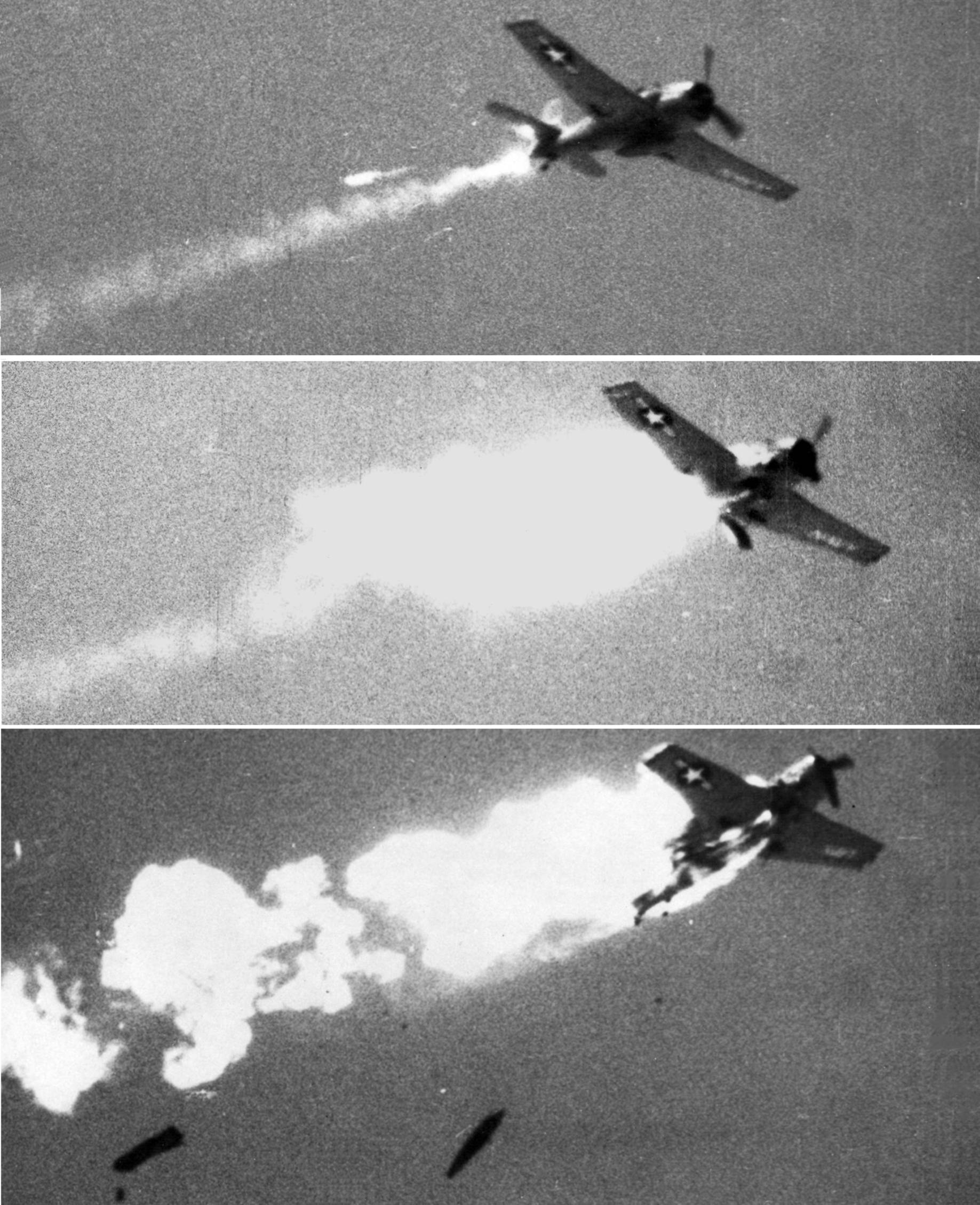 Notice, that's a piston-engined aircraft, and a small one at that. So I'm asking myself, how did the missile lock onto it? The AIM-9 is a very early heat-seeking missile (~1956). I thought early heat-seekers could only lock onto a jet engine, which I believe has a much larger heat signature than a piston engine.

Now I know today that IR missiles can lock onto almost any heat signature, even the heat of the adiabatically compressed air at the wings' leading edge. But in 1956, I'm surprised that an IR missile could lock onto a piston engine's heat.

So I want to start with this question: What is the heat signature of a piston engine, in terms relative to a jet engine? 2x less? 3x less? Or somehow equivalent?

Here is a color IR image of what I believe to be another F6F, on the tarmac shortly after landing: 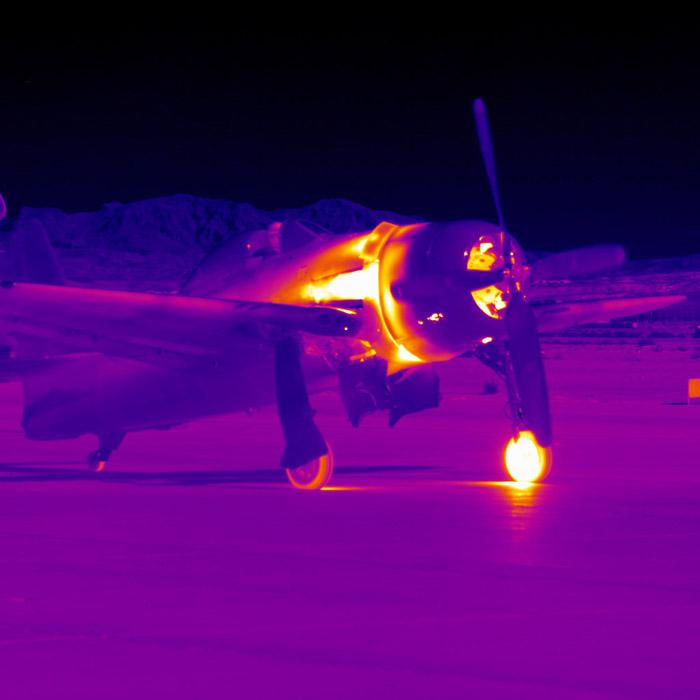 As you can see, the engine cowling is very noticeable, as are the tires (from touchdown and braking).

Here's a similar image of an F/A-18 performing a runup test prior to takeoff. This jet is longer and larger than the F6F (though if you've ever stood under a Hellcat you'll notice they're not exactly small planes), and as you can plainly see, the entire back half of the aircraft glows white-hot: 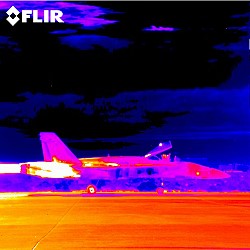 So clearly jets are more visible targets for an IR missile, though a prop plane wouldn't be that hard for an IR seeker to find.

The biggest issue relating to getting a good IR lock and track is contrast. Against a blue sky, almost any airplane is readily visible to the missile's seeker. The biggest problem for combat aircraft in early engagements was firing at a target below the horizon (so-called "look-down, shoot-down"). This was a problem for both radar and IR technologies. For IR, solar heating of the ground produced high enough temperatures that the aircraft could not be distinguished unless it had turned its tail to the shooting aircraft and was showing its 600-degree exhaust plume. Nothing on the ground underneath it would be that hot. Prop planes, while operating at lower temperatures, would still be warmer than the ground, and unlike a jet the aspect angles at which this heat is most noticeable is around the front half of the aircraft.

Not the answer you're looking for? Browse other questions tagged military piston-engine missiles missile-lock or ask your own question.

20
When is pre-heating a piston engine important, and how does one pre-heat correctly?
15
What are the advantages/disadvantages of diesel/Jet A-1 piston engine?
24
What is "detonation" in a piston engine?
21
How do combat jets know when to launch flares to counter IR missiles?
9
What is the ultraviolet signature, if any, of aircraft and jet engines?
10
When were flares first used as IR countermeasures, and by whom?
8
Is it possible for a fighter jet to shoot itself down with an IR missile?
3
Why isn't the application of "carb heat" in initial piston multi-engine failure emergency procedures?
8
In a piston aircraft engine, how much heat must be removed by the oil cooler?