What is the reason for the detour flight route from AUH to BEY?

I recently flew from Abu Dhabi to Beirut and I was intrigued by the flight route. Instead of simply avoiding Syrian airspace (as would be expected) and flying across KSA, Jordan and Israel, we flew almost to Alexandria in Egypt before hanging a big right and approaching Beirut from over the Mediterranean.

Before the Syrian war the flight used to take 3.5 hours, now it's more like 5 hours. Can someone explain to me why the flight took this route? Is it because Sinai is now considered a no-go zone? If so why not fly over Israel? Is this because it's not allowed?

It's for political reasons.The flight is clearly avoiding Syria and Israel. To fly a direct route between the two you must overfly either Syria or Israel.

Looking at the flight paths from the last week or so of the two airlines that service that route and it becomes very clear. The flight in question is (as it would appear from flight paths) Etihad Airways, the flag carrier for Abu Dhabi. All flights between the two from Etihad take this same circuitous route. The reason is that they can't fly over Syria or Israel. The UAE (of which Abu Dhabi is a part of) does not recognize Israel as a state. Israeli citizens are not even allowed in the UAE. Etihad does not serve Israel nor are Israelis allowed to fly on it. Many Arab states do not allow El Al to overly them so it's a safe bet Etihad is not allowed to overly Israel's territory.

In the past that would just mean flying over Syria instead. But Abu Dhabi is a member of the Arab League which has invoked sanctions against Syria. This would make it risky to fly over Syria and is most likely prohibited by the sanctions. So their only option is to go the long way around.

On the other hand, the Lebanese carrier Middle East Airlines/Air Liban also serves this route. Although Lebanon is a member of the Arab League, Lebanon refused to be party to the sanctions on Syria. Due to this they are still able to fly over Syrian airspace, so they have a much more direct route. 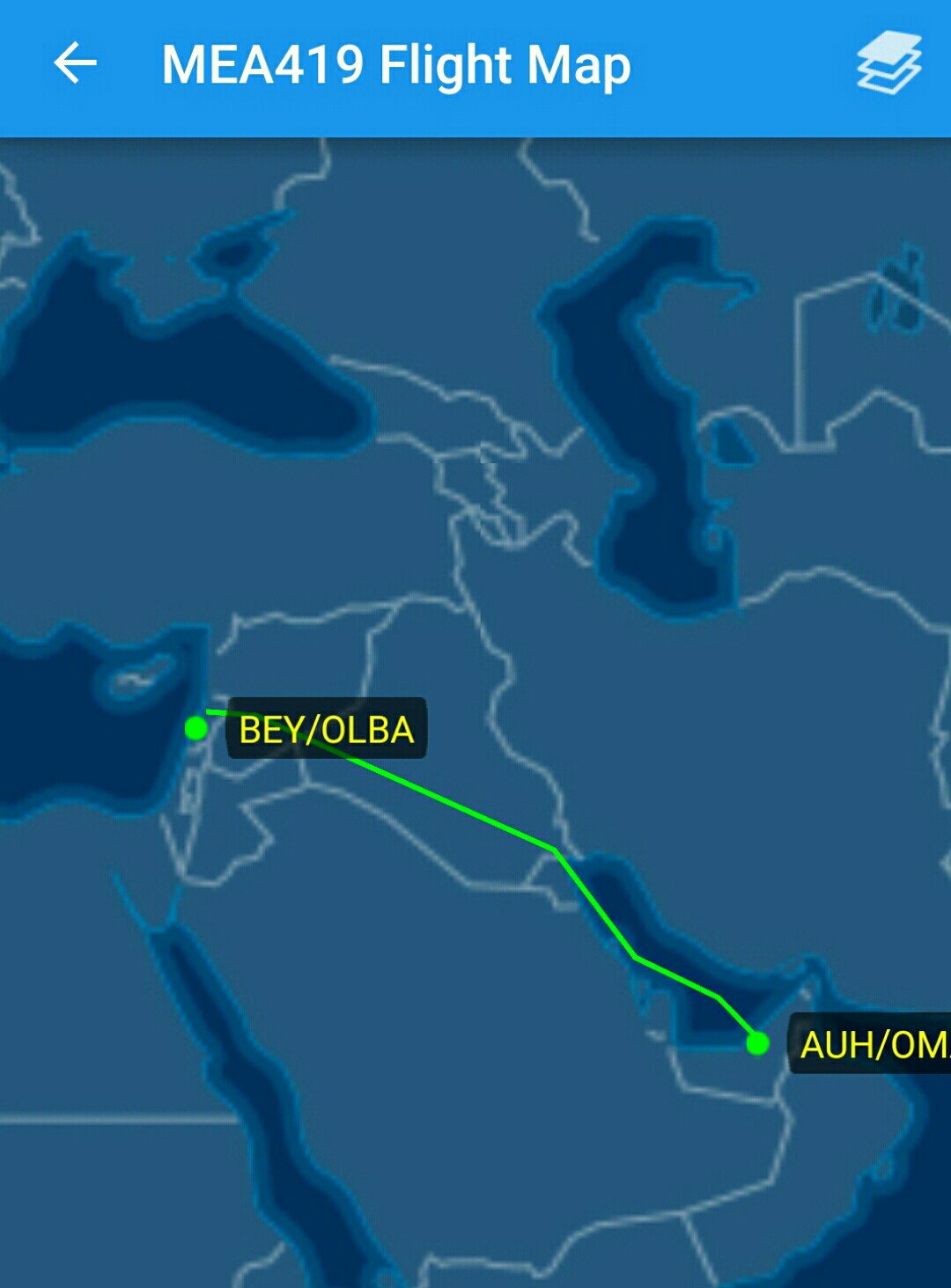 And it would appear that Etihad is still avoiding flying over northern Sinai since the Metrojet 9268 crash.

For the same reason, every El Al flight from Israel to India/East Asia has to either fly up north (over Turkey and Kazakhstan) or down south (Gulf of Aden) before heading east.

Not the answer you're looking for? Browse other questions tagged navigation flight-planning flight-path or ask your own question.

2
Why flights route is so different?

21
What is the reason for this route while flying from USA over Cuba?
2
Where to download a specific flight route before the flight?
10
Why might this trans-pacific flight not follow a more direct route?
13
Why would FlightAware show this meandering flight path?
14
What was the flight route from New York to Paris that Air France took in 1955?
2
Why would a flight take a detour on clean weather?