Partial Serial numbers on Military Aircraft - what combination is unique?

Modern US military aircraft have partial serial numbers painted on their tails. Interestingly, it seems these serial numbers are actually not quite enough to be unique on their own, being comprised of only the year the aircraft was ordered, followed by the last 3 digits (usually) of the serial number. On occasionally this is not a unique combination by itself. Is there a specific combination of tail markings that is guaranteed to be unique? For example, if one combines the branch markings (such as 'AF' for Air Force) and/or the base code (such as 'AZ' for Arizona National Guard), would that be guaranteed to be unique? Thanks so much for any insight.

I can only address the AF system, but I assume the other services systems are similar. The AF serial numbers for vehicles (the system applies to all vehicles including ground vehicles) are made up of the letters "AF" followed by the contracted delivery year (2 digits) followed by a sequential number that restarts at 1 every year. The pic below is of an F-22 assigned to the 1st Fighter Wing (the FF code). 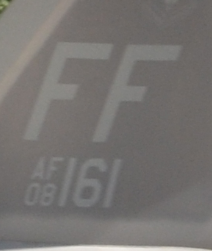 So this aircraft was purchased in 2008. The sequence number is 161, and would have been assigned from a block of numbers provided in the contract. The contracting officer was given the block by the office that keeps the master list.

It's worth noting that the paperwork and the data plate is where it has to be complete. What's painted on the a/c is just used for the convenience of the crews. For some a/c such as KC-135's and B-52's whose production run was less than 10 years, they often just us the last digit of the year and the sequence number. Most of the tankers I see have a 5 digit number that starts with 2, for 1962.

In a fighter squadron, most 'local' documentation just refers to the last 3 digits. example: 061 and 813 were how we referenced two of the F-16s in the test squadron.

If I remember correctly, military aircraft do not identify themselves by those painted serial numbers in radio communication. Combine that with the odds of a squadron having two a/c of the same make/model 1,000 serial numbers apart, and the reality is that this is a non-issue.

Each service uses its own method.

There's a nice summary of how serial numbers are assigned to military aircraft here.

The US Navy uses two numbers to identify the aircraft: the Bureau Number, and the side number/call sign.

The bureau number is typically a six digit number that remains with the aircraft/airframe for its entire life, and is assigned once it has been delivered to the government. A given Bureau Number may have different side numbers painted on it, depending upon which squadron it is assigned to.

An SH-60B Seahawk assigned the bureau number 1613xx would have a two digit side number, typically painted on the forward fuselage just below the door on both sides ... if it was assigned to a West Coast squadron. "Tactical Call Sign Lonewolf 45" 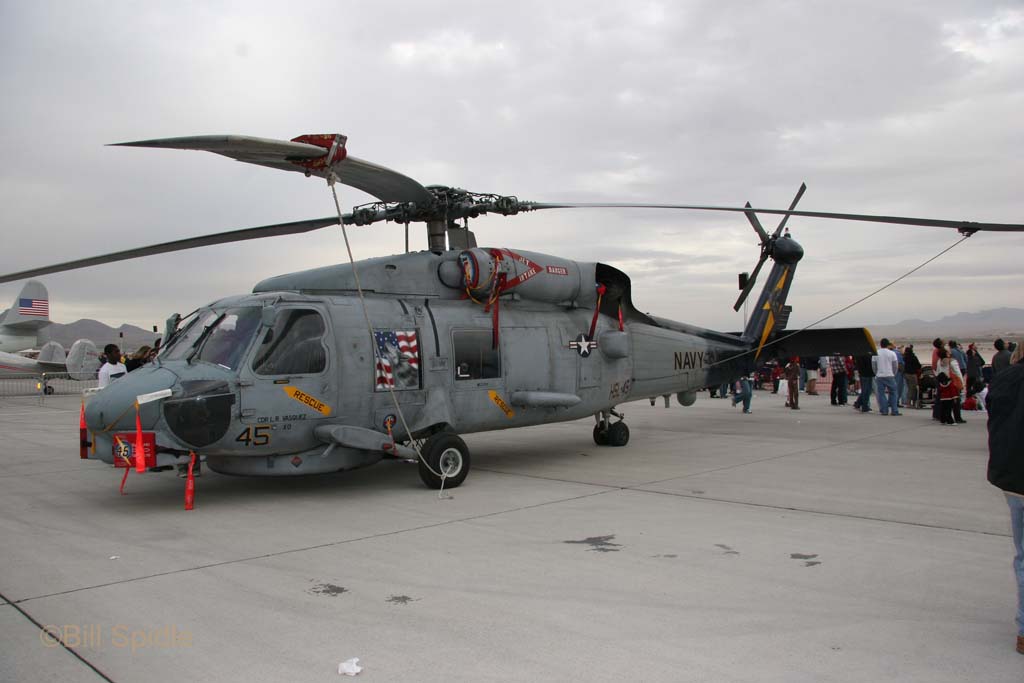 If it were assigned to an East Coast Squadron, it would have a three digit side number. (Tactical call sign "Proud Warrior 430") 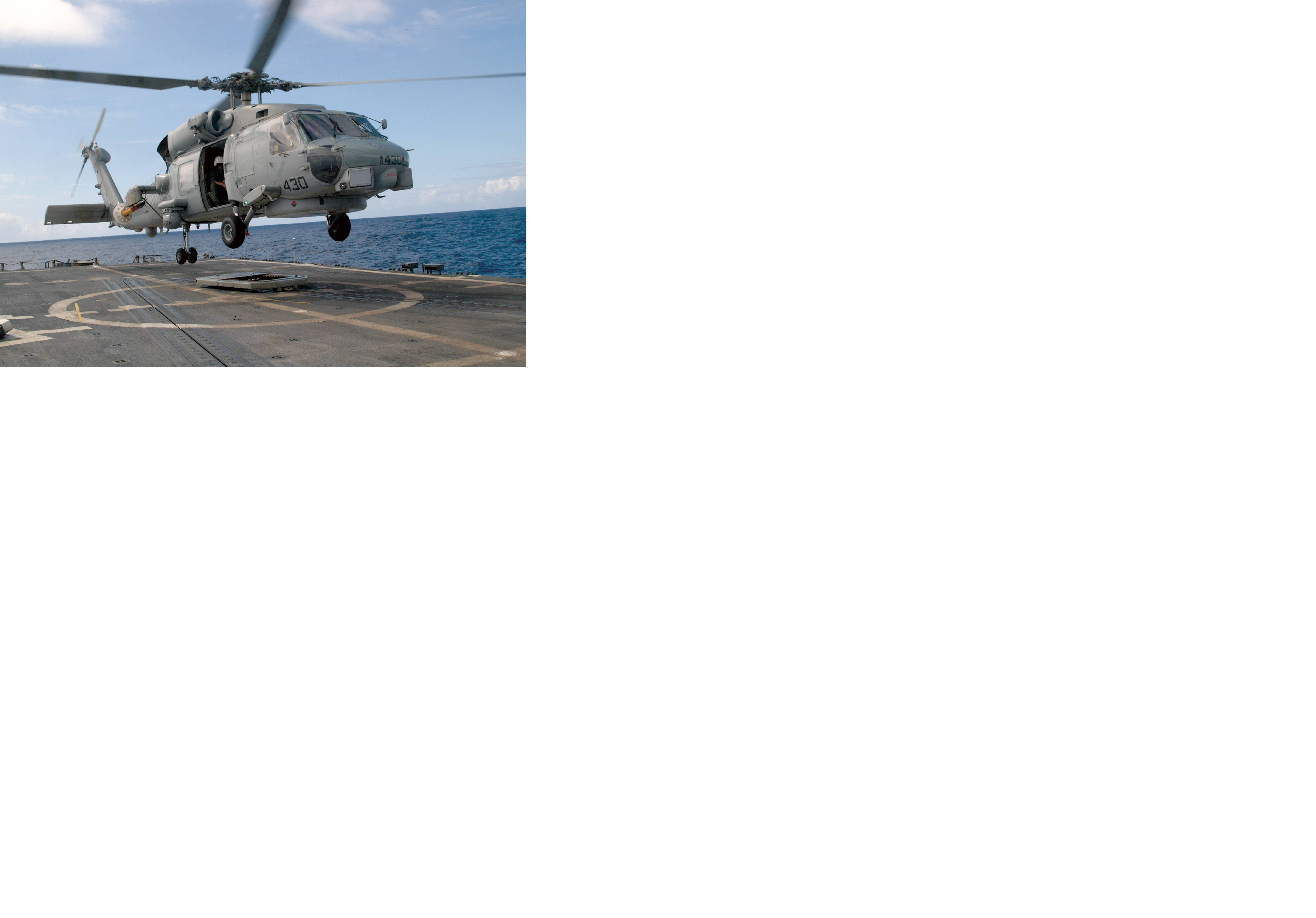 11
How to understand US military aircraft designation on the vertical stabilizer?