Does drag increase with increasing bypass ratio in turbofan engines?

Does drag increase as the bypass ratio increases in turbofan engines? Is there an analytical expression describing the increase in drag related to an increase in the fan duct diameter? How else might one consider this effect? 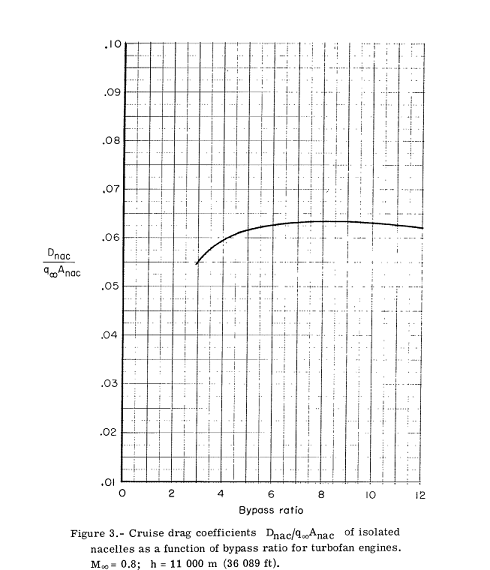 Since $\frac{A_{nacelle}}{S}$ also increases with bypass ratio, the propulsion system drag will increase as well. So drag is closely related to the frontal area of the engine. 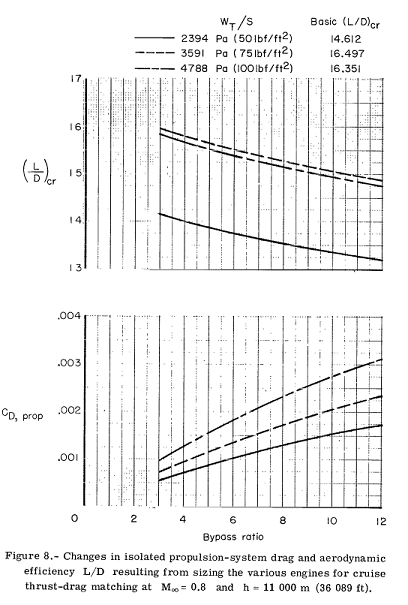 (images taken from report linked above)

6
How does turbofan engine performance depend on speed and density altutude?
4
About how much drag does a non-operating engine create?
5
For a large commercial plane on landing, does the L/D ratio increase, decrease, or not change much?
4
How does wing flex reduce wave drag?
1
What is the drag induced by a high bypass jet engine on an airliner?
1
How does wing aspect ratio influence lift and drag?
0
The principle in 'Trompe' is applied to airplanes?
0
New Research: VGs increase lift to drag ratio up to 880%. Does it work for flaps too?
1
Does increased fineness ratio decrease skin friction drag?
1
Explained intuitively, why does aspect ratio affect induced drag?