Why isn't the course fixed along an airway?

Isn't it supposed that an airway has always the same magnetic course between navaids?

No. The course depends on where you plot it from. 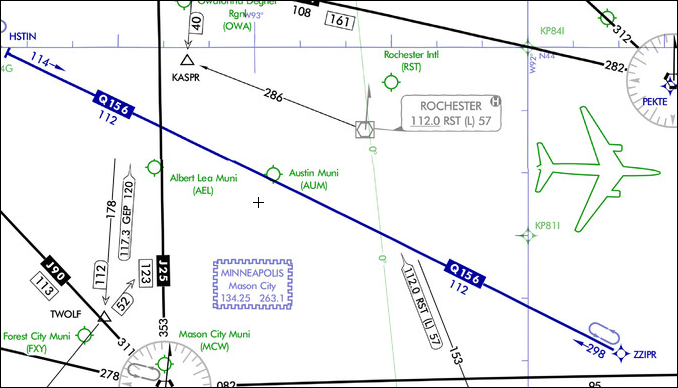 That's due to the curvature of the Earth.

Consider the following image carefully, notice the North-South needles, how they look on a 2D projection and on the actual globe. 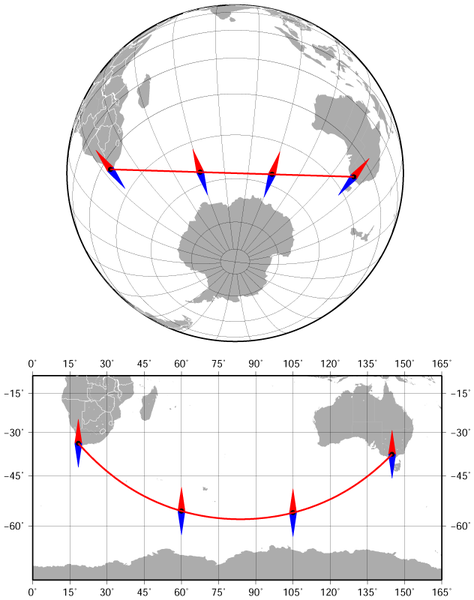 That's the shortest path connecting those two points in South Africa and Australia.

If your airway exceeds 150 nm, this becomes noticeable. It becomes even more noticeable if you are flying between distant RNAV waypoints (e.g. NAT route), your heading (track to be more precise) will keep changing.

If you chase a true heading, and keep it constant over a long distance, this happens: 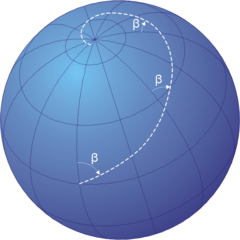 Flying a great circle route, or staying on an airway between two navaids, requires flying a course, not a heading/track. The course's heading is only valid from where you plot it / start it. Along that course (i.e. route), the track keeps changing as the first image illustrates, and you're not turning.

An advanced autopilot follows the route computationally; a pilot hand flying would intercept the course, keep the selected course unchanged, and fly the deviation. If no factors (e.g. wind) push the plane off course, no turn inputs will be needed and the actual course will shift as the plane flies straight-and-level. The Course Deviation Indicator won't show any deviation because there isn't any.

To further clarify why the course depends on where it starts, it's the fact that a VOR station—for example—transmits the radials in straight lines, those straight lines translate to a curved line on a 2D projection. They don't appear curved on a chart because the distances aren't big, even for the most powerful high altitude VOR station.

Hypothetically, if VHF had a huge range and wasn't limited by line-of-sight, VOR navigation would have become a bit confusing the farther out you are from a station.

Just for the sake of completion, you'll notice I focused on RNAV waypoints. There's another factor affecting VOR stations. Two nearby VOR stations may have different alignments to the magnetic north. It depends on when they were built. One could be 20 years older than the other.

Once they're built and aligned, they are in most cases never re-aligned when the magnetic declination changes. It has to do with the cost and the redrawing of airways.

That can amplify the shift further.

So, think of a radial's heading as a highway marker.

To make it easier the course isn't fix along a airway because of earth convergency. As we know the if go from one meridian to another the direction of local north changes and because of this the direction of track also change. As we know we fly great circle path this effect becomes more visible as distance between 2 points increase or change in longitude increases .

Not the answer you're looking for? Browse other questions tagged navigation aeronautical-charts heading or ask your own question.

38
Where do I land if I fly from KLAX with a constant east heading, crossing the US and the Atlantic ocean?
1
What is the initial direction from Sydney to Santiago on a great circle?
0
What course should be taken to make estimated calculations?

13
What is the difference between azimuth and heading?
0
What course should be taken to make estimated calculations?
8
How are you supposed to get the East/West variation on this question in the FAA PPL written exam?
6
Why are there GPS MOCAs?
3
What is the easiest way to update sectional charts with bulletin changes between printings?
17
If an aircraft flies straight ahead, does it follow an orthodrome/great circle?
4
Having trouble reading some charts (SBMG-SBLO)
4
Do large cities contain enough iron to significantly affect an aircraft's magnetic compass?