Why does the spiraling slipstream from a propeller hit the left side of the fin?

In the picture below, if the fuselage was shorter/longer, would the spiraling slipstream from a propeller hit the fin on the right side as opposed to the left?

Is it a deliberate positioning if yes, to hit the left (port) side?

I know the diagram is cartoonish but I couldn't find wind tunnel or CFD illustration.

It may seem hard to hit the right side, but imagine hitting the top of the elevator on the right side. Would this slipstream affect the pitch as well as the yaw? 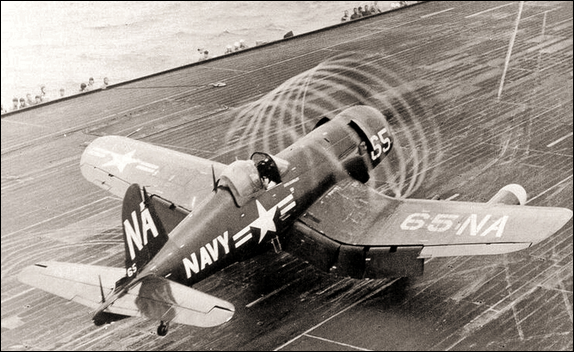 The air flow is not a spiraling tube like shown on the picture for simplification, or as suggested by the condensation on the second image. Actually all air behind the propeller is:

The resulting motion relative to the aircraft is a cylinder of air moving in an oblique direction, as represented in your image. Note this is not a spiral with non-rotating air in between, but really a continuous cylinder.

Actually the speed/pressure is not uniform within the cylinder, there is indeed a sinusoidal undulation, but the intensity never decreases to zero.

If the fuselage was shorter/longer, would the spiraling slipstream from a propeller hit the fin on the right side as opposed to the left?

No, the result is that whatever the propeller pitch or the fin distance to the propeller, air is continuously hitting the vertical surfaces in a circular motion from the left (when seen from a location behind the aircraft).

The right side of the fin (as well as all surfaces in the shadow of the rotating air) sees a pressure decrease.

Does this slipstream affect the pitch as well as the yaw?

Note that because there is a pressure undulation, the surfaces are hit by a slipstream varying slightly at the frequency of the blades.

For more details and theory: Propeller-Rudder interaction (in water, also applicable to air).

Is the following image related?

The condensation happens at the tip and trailing edge of the propeller blades, and is then carried aft by the movement of the air cylinder. So it is completely related. Note that:

Not the answer you're looking for? Browse other questions tagged aircraft-design aerodynamics propeller or ask your own question.

25
What does the actual path of air within a turbojet engine look like?
6
If a twin-engine airplane's propellers both rotate in the same direction, do they still produce a left-turning tendency?
2
Do pusher propellers create the same yawing moment as puller propellers?
0
What's the shape and place of the tip vortex in a propeller, depending on propeller sense of turning?
1
Do multi engines face the torque effect?

2
How is the Angle of Attack influenced in the slipstream of a propeller?
4
What prevents a propeller from detaching completely from the engine body?
29
Why are most weapons in AC-130 on the left-hand side?
35
How does a fan differ from a propeller?
8
How does the performance of an aircrafts propeller change with respect to distance from obstructions?
5
How does the relative wind on a propeller, strike the blade from behind (the non camber side)?
18
Why does the C-2 left inboard stab not have a rudder?
2
What are the pros and cons of putting a propeller immediately before a slipstream pylon vs. immediately after