What is a skidding turn (vs slipping turn)?

I am trying to understand the concept of

1) What qualifies a turn to be skidding or slipping

2) how we need to give elevator back pressure if we do not want to 'slip' the turn.

While browsing for answer I read that skidding occurs in the absence of back pressure. Why does it occur when there is no elevator back pressure. I understand that when you bank to turn, you reduce the lift component and not giving back pressure might make the aircraft nose low.

But how does that make a skidding turn. Also what causes the turn to slip? 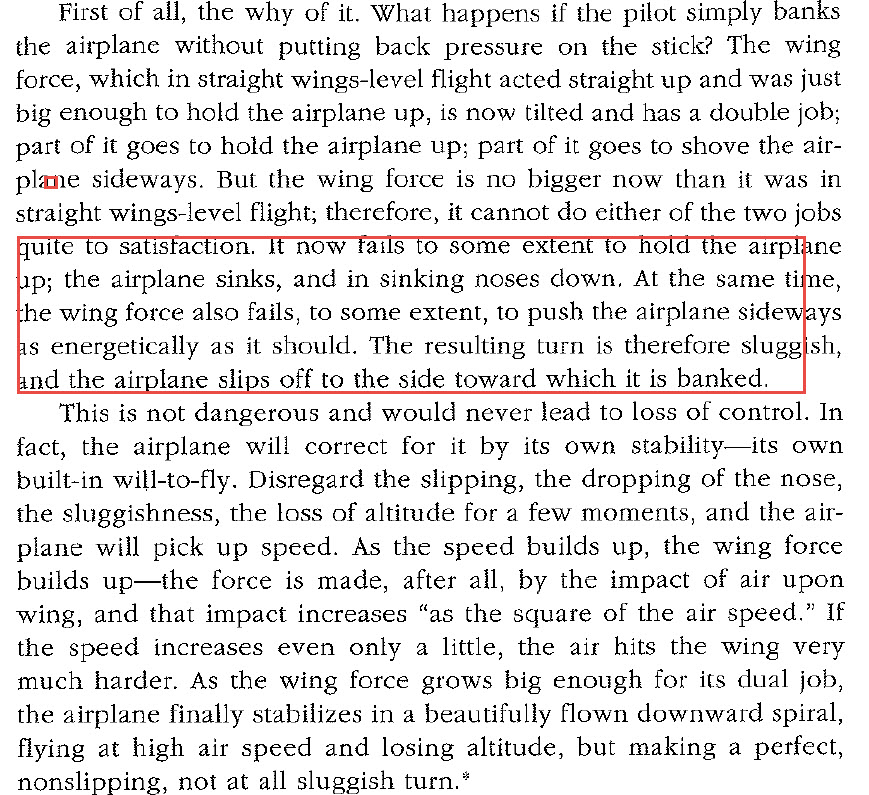 The terms "slip" and "skid" refer to two different types of uncoordinated turn - neither has much to do with the elevator, instead both depend on what the rudder is doing:

In a skid you have too much rudder input for the turn - the aircraft starts to pivot into the turn. 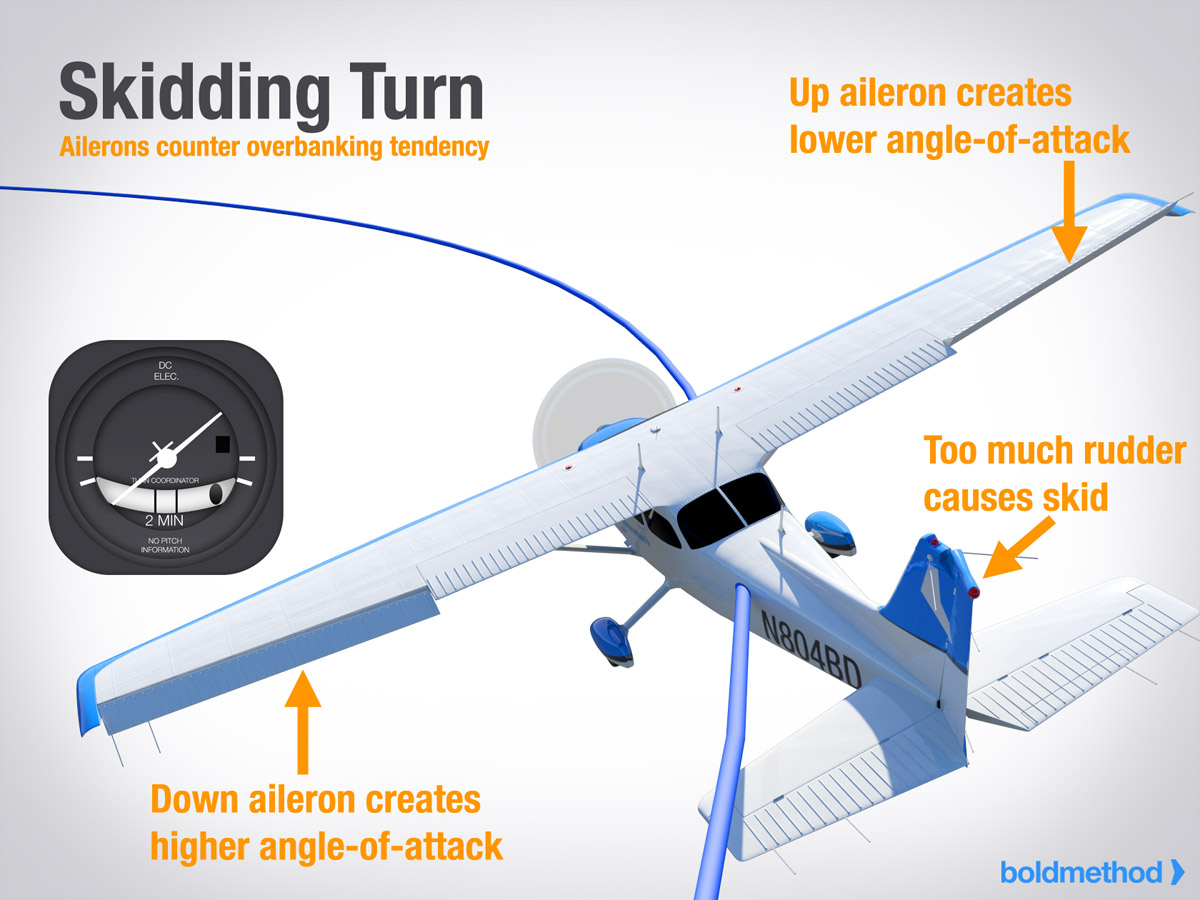 Because the aircraft is effectively pivoting about its center of lift while flying you can think of a skid as the outside wing advancing (seeing a faster relative wind), while the inside wing is retreating (seeing a slower relative wind). The inside wing thus generates less lift, and the plane starts to bank into the turn.
If you try to correct for that bank using aileron to raise the wing your elevator deflection effectively increases the angle of attack on that low wing, with its reduced relative wind -- do that aggressively enough and the inside (retreating) wing stalls while the outside (advancing) wing is still generating lift, and you enter a spin.

A slip is the same thing in the opposite direction: You have too little rudder input for the turn, and the aircraft is pivoting out of the turn: 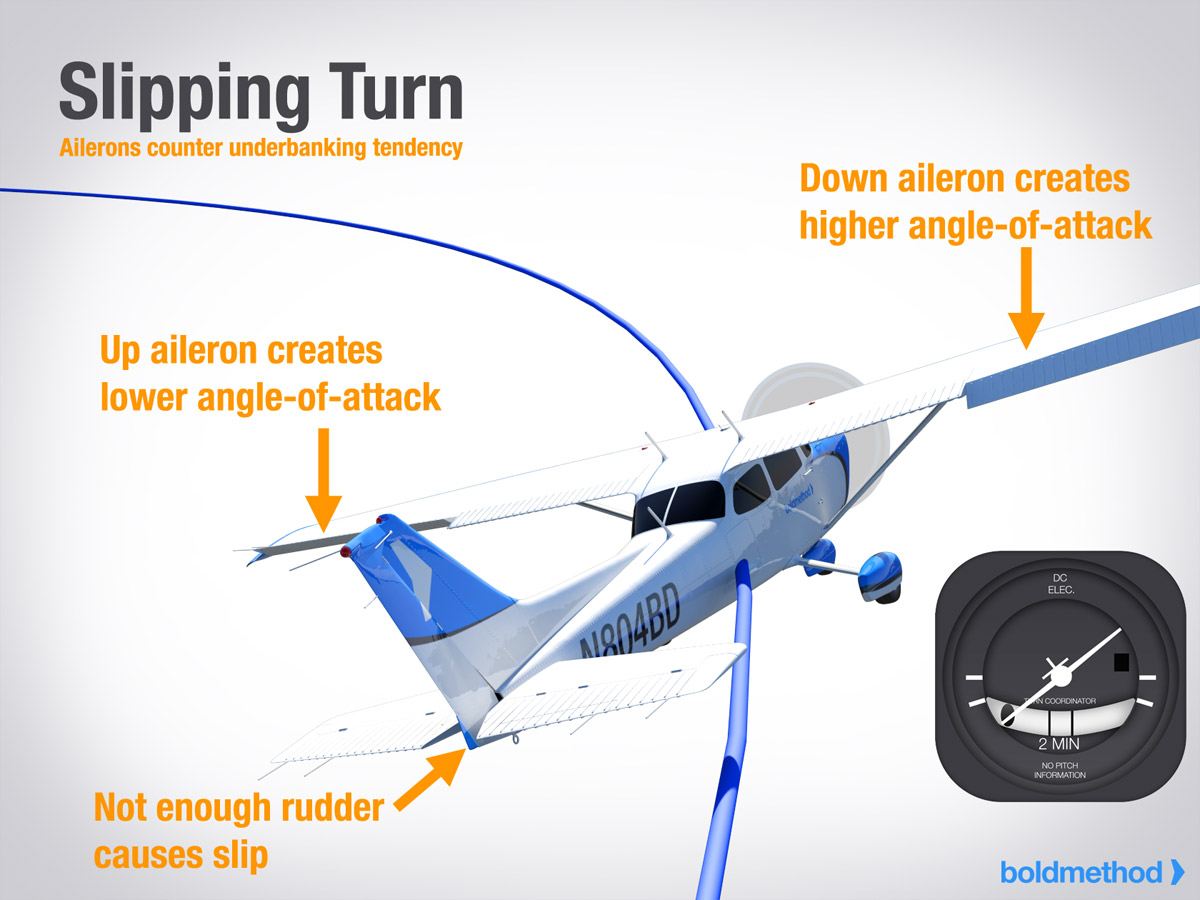 In a slip the inside (low) wing is advancing, and the outside wing is retreating, so the inside wing is moving faster, generating more lift, and trying to level the plane. If you try to hold the inside wing down with aileron input you are increasing the angle of attack on the outside (high) wing to keep it up. If the outside wing stalls because of this it will drop the aircraft into something closer to a wings-level attitude, which will also bring you out of the turn.
This is why slips are said to be spin-resistant: The stall encourages the aircraft back into a more stable configuration (coordinated flight) rather than a less-stable one (spin).

The images here are taken from BoldMethod's "Why skids are more dangerous than slips" article, which is a great read and also has a better and more comprehensive explanation of the aerodynamics involved.
My explanation above is a vast oversimplification, but the advancing/retreating wings and difference in relative wind is the one that got the idea to stick in my head so maybe it will help you out too.

(1) When you turn with no rudder there is natural tendency to skid slip, slide away into the center of the turn. The tail swings in and nose goes out. This is bad because the inner side of the plane (the side inside the turn) hits the air and you get drag.

(2) To counteract this tendency, the pilot applies rudder to pull the tail nose in. The whole idea is to keep the fuselage in line with the direction of motion and prevent undue drag.

(3) In any turn, without making a correction, you will lose altitude. This is because when you bank, less profile is facing downwards so your resistance to gravity decreases. Imagine if you banked to 90-degrees, what would happen? You would plummet like a rock. The same thing happens whenever you bank, you decrease your ground-facing air resistance. There are two ways to counteract this: pull the stick back and/or apply power. The general practice is to put back pressure on the stick. This helps you maintain altitude at the cost of airspeed. A better practice is to increase power. By increasing power slightly you can maintain altitude in a turn without sacrificing speed. In any low-altitude maneuver, for example, when taking off, you should always increase power when turning, if you are not at maximum power already.

(4) Back pressure on the stick has nothing to do with skidding or slipping. It is purely a move to maintain altitude during a turn.

A skidding turn is an uncoordinated turn causing the plane to skid to the outside of the turn. A turn in an airplane is accomplished by shifting some of the lift from up to a vector in the desired direction. The rudder is used to help coordinate the turn. During the turn there is more lift on the outside wing than the inside wing. That creates a yawing effect that the rudder is used to overcome. There are times when a very small direction change can be accomplished using just the rudder. But primarily a turn happens because lift is vectored to one direction or the other. That is why when you turn a certain amount of back pressure is required on the elevator. You are removing some of the lift from up, to right or left. The steeper the turn, the more upward lift you are sacrificing for more right or left direction.

A slip is the opposite of a skid. It is an uncoordinated turn wherein the airplane slides into the turn.

Uncoordinated slow speed turns during the landing sequence are probably the most common reason for small plane crashes. The point when the airplane turns from the base leg to the final leg of landing is, in my opinion, the most dangerous part of flying. An uncoordinated slow steep turn is an invitation to a spin which happens too low to the ground to overcome.

Not the answer you're looking for? Browse other questions tagged ailerons skid or ask your own question.

16
Is it dangerous to do a skidding turn to lose altitude without increasing airspeed?
0
How to glide in a circular pattern?

15
Does the rudder need to be held throughout a coordinated turn?
1
What are the aileron lengths of commercial and military aircraft?
3
What is the significance of Slip-Skid Indicator in PFD?
8
Can perfect turn coordination automation be achieved by linking rudder to aileron?
12
Why is using opposite rudder and aileron necessary in left turn for coordination?
1
During a turn, will slip necessarily lead to altitude lost?
8
Why increase or decrease rudder when using elevator in turns?
5
How are the 737’s elevator and aileron cables attached to their control tabs without impeding the control surfaces’ motion under hydraulic power?
5
Why doesn’t the A320 have any provision for manual aileron trim?