What is the regulation related to weather radar use?

I think most commercial aircraft have a weather radar located in the nose cone, like this: 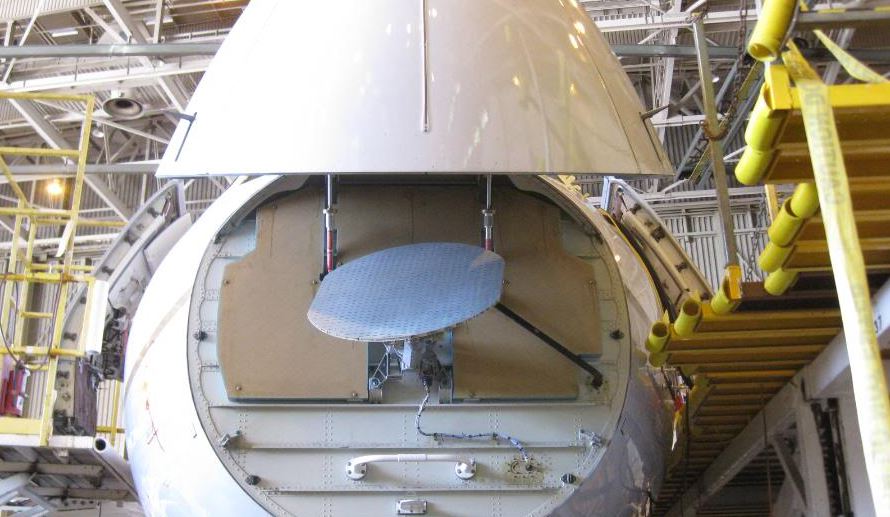 It's well known that radar emissions can be harmful, e.g. one could get their eye burnt like an egg in a microwave oven.

However I don't know:

My question is: Based on current radar specifications and regulation, is there an overall ICAO (or local, e.g. US or EU) regulation forbidding the use of the radar on the ground to prevent radiation exposure for people close to the aircraft nose (or conversely to be ON at certain phases of the flight for cumulonimbus detection)?

Aircraft weather radars typically operate in the X-band, which is 8-12.5GHz. Some older radars use C band instead (4-8Ghz). Within the X-band most operate somewhere around 9.3GHz. For instance, Honeywell's Primus 660 is 9.375GHz while the Rockwell Collins WXR-2100 operates at 9.33GHz.

Regarding the power, that varies a lot depending upon the specific radar and mode of operation. The Primus 660 has a typical output of around 10kW.

To my knowledge there's no specific regulation that completely forbids radar use on the ground but many operators will have their own regulations to protect crews. The radar manufacturers often have similar. To use the Primus 660 example again, page 105 of this gives some recommended safe distances based upon that particular radar and the FAA regulation (which ymb1 linked to in their answer).

I just realised I forgot to answer about the duty cycle. The WXR-2100 gives some fairly typical numbers for this: Pulses between 1-25 microseconds and a repetition rate of up to 3000/sec. In the absolute maximum case that means that the radar will be transmitting 7.5% of the time and in normal operation it'll be much less than that (in my experience more like 1-2%).

The FAA has AC 20-68B, which limits ground operations to qualified personnel only.

Not the answer you're looking for? Browse other questions tagged commercial-aviation regulations radar icao-sarps or ask your own question.

3
Are ground crews at danger for radiation from WX radar?