Why have none of the US /UK/Japanese airlines ordered the Irkut MC-21 yet?

A new airliner was launched on June 8, 2016 by the Russian company Irkut Corporation. 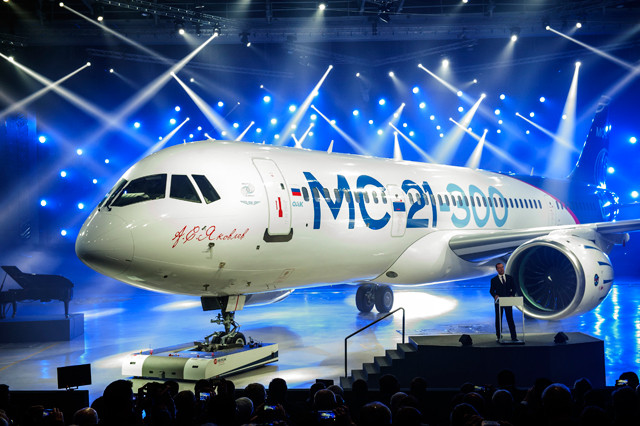 The airliner looks good on paper:

Almost all of the orders look like they come from Russian airlines. But why haven't any US/UK/Japanese etc. airlines ordered any planes?

Ordering an aircraft is a very complex business, and implicates a number of matters that don't actually (on the surface, anyway) have anything to do with the aircraft itself. Consider this from the point of view of a western European or north American airline.

Russian (like Chinese) design, technology, engineering and manufacturing have a reputation in the west that works against them. These things take decades, not years, to be overcome by stellar achievements in those fields (consider how long it took "Japanese" to become regarded as a positive rather than a negative adjective when applied to products).

However unfairly, this feeds in to other obstacles:

Then, it doesn't make sense to buy one plane to "try it out". Even with a single aircraft of the type, you'd need the same training, certification, engineering support, etc etc as if you had a fleet of them.

So, you'd be looking at a fleet of them, and now you're facing the purchase of a fleet of aircraft that very much represent an unknown quantity. It's a huge, huge risk; no wonder airlines cleave so strongly to the Airbus/Boeing duopoly - maybe it's not entirely to their economic advantage, but they don't expect too many surprises, which is arguably more important.

Some of these risks:

How could it work? Will it ever work?

Give it a couple of decades.

If airlines in places like India, Indonesia, Brazil, with fewer historical attachments and political obstacles than in the west, find that the aircraft and manufacturer prove to be good for them, bit by bit we may see that influence trickle into western airlines, especially as those non-western airlines and the economies they belong to expand and become more influential themselves.

CityJet has taken delivery of the SuperJet SSJ100s, one of the first carriers in Europe to fly a Russia made aircraft.

The reason that other airlines haven't placed an order is the fact that you need a completely new maintenance facility, crew, workers, parts storage etc, to maintain the aircraft or you need to completely outsource the maintenance. Since there are no other European airlines operating them you need to fly them to Eastern-Europe for maintenance. (From the US is this difficult given the range of the aircraft)

And lastly the unknown trackrecord and new market (for Irkut) does play a role, Airbus for example had quite some difficulties to sell their aircraft on the US market when they first started, some legacy of that is still visible since most of the US airlines fly an all Boeing fleet. Airbus did get their share of the market by giving huge discounts to US airlines ordering aircraft.

So to conclude, the airline industry is a high tech environment which on the other hand can be very conservative and does a lot of risk management when considering the purchase of aircraft.

29
Why don't Russian aircraft sell as much as their European/American counterparts?

5
Why has the European Union banned several airlines?
27
Why do airlines retire the flight number after a crash?
15
Do two airlines have IATA code N8?
9
Why do Czech Airlines have the airline code (IATA airline designator) "OK"?
4
Why is the UAE the only country with two flag carrier airlines?
1
Why do airlines split themselves into domestic and international subsidiaries?