Why does the canopy of the F-22 Raptor have a golden tinge? [duplicate]

Why is gold used in the canopy of the F-22 Raptor? 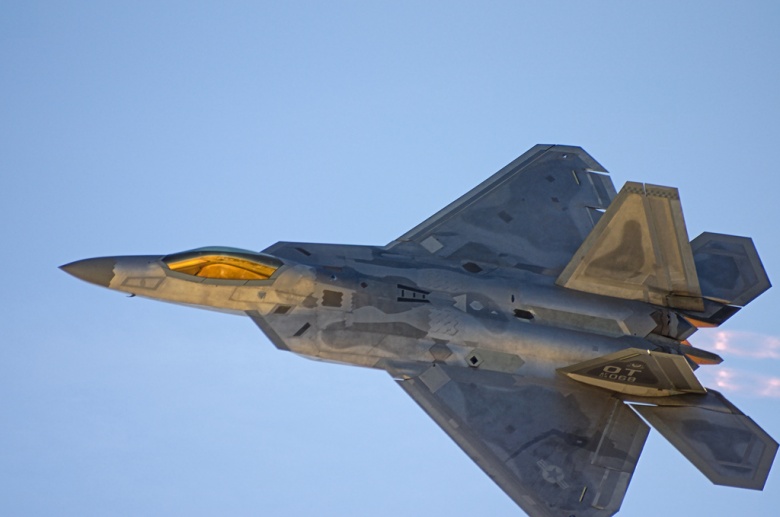 aircraft-design f-22 canopy
Share
Improve this question
edited May 6 at 21:04

In order to reduce the radar cross section (RCS) of the aircraft, the F22 canopies are coated with a thin layer of Indium Tin Oxide (ITO), which gives it a golden tint.

From the book F-22 Raptor by Bill Sweetman:

The F22 Raptor canopy ... comprises two sheets of polycarbonate, sandwiched between two layers of optical glass, fusion bonded in an autoclave and drape formed over a canopy blank ... A metallic coating of indium-tin-oxide is added to the canopy to reflect the radar waves, giving it a golden tint.

They are used in stealth aircraft to reduce the RCS. From globalsecurity.org:

This technique is used in other aircraft like the EA6B Prowler and the F-35.

Not the answer you're looking for? Browse other questions tagged aircraft-design f-22 canopy or ask your own question.

16
What kinds of materials are used for fighter jets' glass windshields?
2
Why are some US fighters' canopies tinted while others are not?
1
Do some aircraft windshields contain gold particles?
12
How are antennas integrated into stealth aircraft?
6
How big is the radar cross section of a modern glider?