Why do the F/A-18 and the F-22 Raptor have horizontal stabilizer as well as canted rudders for pitch control? 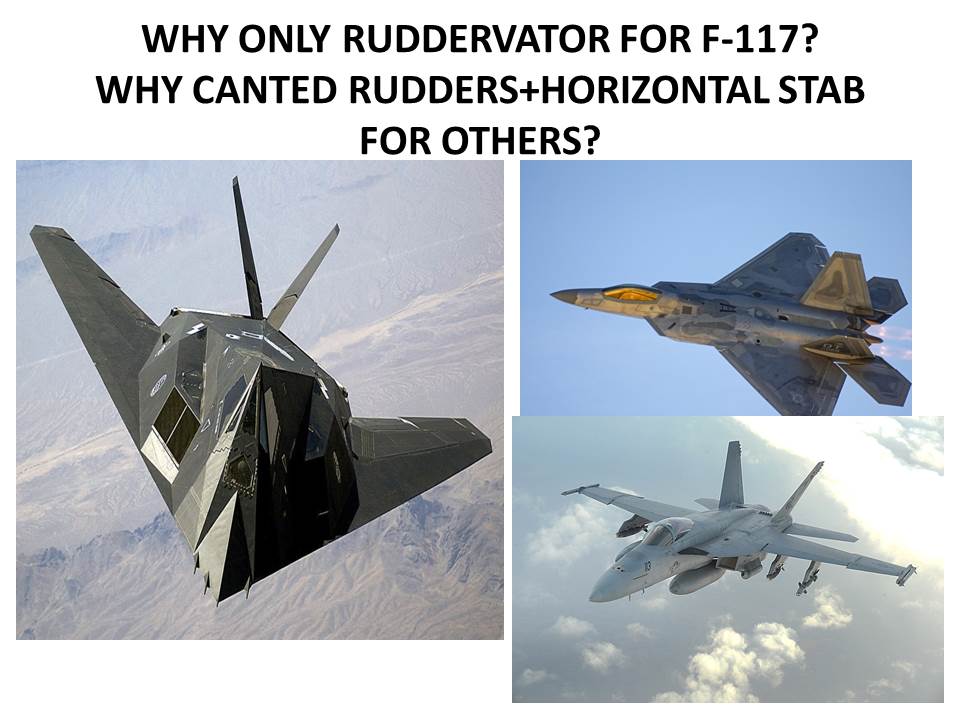 The rudders on modern fighters are canted mostly to reduce their radar cross section. A straight vertical tail would produce a corner reflector in combination with the fuselage or the wing and would send radar waves straight back to their source. To reduce the detection radius, such a behavior must be avoided. The first aircraft to use this trick was the SR-71.

On the F-18 an additional reason was to move the tips of the vertical tails into the lateral position of the chine vortex: The wing's big leading edge extension produces a strong vortex at high angle of attack which improves the effectiveness of the tails and gives better yaw control. However, the bursting of the vortex would cause heavy buffeting, and an additional fix was needed to improve the fatigue life of the tails.

The horizontal tail is a necessity for pitch control and to trim the flap moments in the landing configuration. Just look at Boeing's entry to the JSF competition: The X-32 was initially planned as a delta with only vertical tails, but when the Navy refined their carrier operation requirements, Boeing had to add a conventional horizontal tail to achieve the required angle of attack and minimum speed.

Boeing X-32 (left, source) and the planned production version (right, source) with the added horizontal tail. The F-117 was an Air Force plane with very limited agility, so it could get away with a tailless design. Real fighters and carrier airplanes cannot.

Large tails are good for pitch authority and high-alpha---which are good for maneuvering and dogfighting, but not very relevant to the F-117's missions.

The F-117 was a medium-altitude, tactical bomber that spent its life trucking around a pair of large, 2000 lb bombs. It wasn't expected to tango with opposing fighters, so maneuverability was less important, thus the small tail and very modest T/W ratio. Stealth kept it alive, not fancy footwork.

The Hornet classic (and Super Hornet thereafter) is a multirole fighter, expected to perform everything from fleet defense, SEAD, interdiction, recon, and of course CAS. It was made to handle extremely well at low-speed and high AOA. Pitch-rate and nose-pointing is very good---it will easily turn inside an F-16, albeit briefly (turn rate v. turn radius). Low-speed controllability is also crucial for landing on carriers. This is why it needs large tails

The Raptor is an air superiority fighter (with some multirole capability). Its job is going toe-to-toe with anyone else in the air. So all the classic performance parameters matter: T/W, acceleration, top speed, climb rate, turn rate and turn radius. It will out-turn a Hornet (instantaneous and sustained) and out-run an F-16 despite being twice as heavy as either. Large tails are even more important for control here, especially the very high altitudes at which the F-22 can fly.

In other words, the Raptor and Hornet need to be pretty nimble---the F-117 does not.

The design philosophy of the F-117 was different from that of the F-22 (or F-18, which was not intended to be a stealth aircraft). The main design driver of the F-117 (in fact, practically the only one) was to reduce the RCS- the result being a distinctly non-aerodynamic design. The inclusion of separate horizontal stabilizers would've reduced the effectiveness of the design. The F-117 utilized the four elevons (a combination of ailerons and elevators) in lieu of the horizontal stabilizer, due to their location far back in the fuselage. No horizontal stabilizers were ever considered in the development of F-117.

The F-22, on the other had was a supersonic, high performance combat aircraft, which would require horizontal stabilizers for maneuverability (it is a super-maneuverable fighter which uses thrust vectoring). In absence of horizontal stabilizer, it would be very difficult for the F-22 or F-18 to reach their performance objectives, particularly for the carrier borne F-18.

In fact, there was a variant of F-117 which was designed to have a horizontal stabilizer- the unbuilt A/F-117X, which was expected to be a multi-mission aircraft (unlike F-117, which could barely do anything other than lob bombs). One main reason this design had a horizontal stabilizer was that the F-117 had quite high approach speeds, as the elevons didn't double up as flaps. The revised tail had horizontal stabilizers similar to F-22, which was used to reduce the descent rate and control the approach angle, which wouldn't have been possible with the original F-117.

On the F-18, the elevators do not generate enough downward force for takeoff. The rudders provide the additional force required. Visible in this video:

Notice that both rudders are inward on takeoff. Clearly if the elevators do not provide enough pitch control, the rudders along are not going to do it either.

Not the answer you're looking for? Browse other questions tagged aircraft-design aerodynamics rudder f-22 f-18 or ask your own question.

23
What is the difference between the V-shape tail and the straight tail on the Beechcraft Bonanza?
11
Why do the F-22 and F-35 look similar to each other and different from previous designs?
17
Has the construction team of the Northrop Grumann B-2 Spirit made use of the features of the German Horten Ho 229?
12
What is the difference between side-by-side vs under-cockpit engine intakes?

20
What are the advantages of a Trimmable Horizontal Stabilizer?
4
Why are trailing-edge control surfaces usually split?
7
Why would a stretch variant need a larger horizontal stabilizer?
5
Why are all-moving horizontal stabilizers common but all-moving rudders rare on fighters?
6
Why don't rudders stall at 30 deg deflection, as they don't have downwash to reduce local AOA like flaps and horizontal tails do?
9
Why does the MCAS use the horizontal stabiliser rather than the elevators?
3
Fighter jet with two rudders, the deflection angle it is not identical. One have more angle of deflection. Why?
12
Why are there double hinge lines on the rudders of the Grumman C-2?