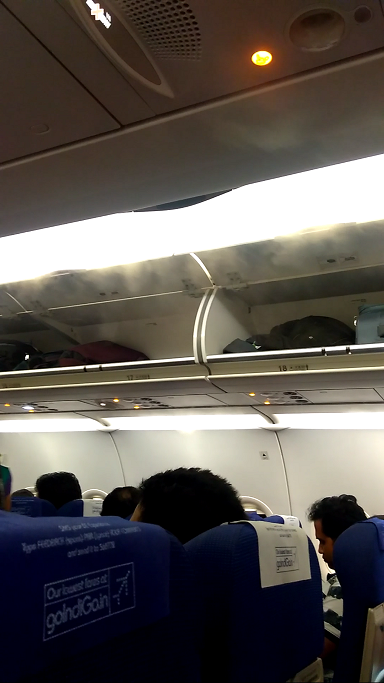 Water droplets appear in air when air temperature is lowered below its dew point (see further down). This phenomenon is exactly the same than when a freezer is opened and air over the freezer is in contact with cold air from the freezer tank: 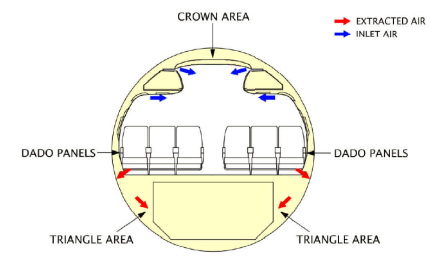 As pointed out by @JanHudec the humidity level must be kept low during the flight to prevent structure oxidation. Humid air from the cabin returns through the decompression panels to the air conditioning system where it is mixed with dryer air from the packs. After some cycles the cabin air is rather dry and condensation doesn't occur anymore. 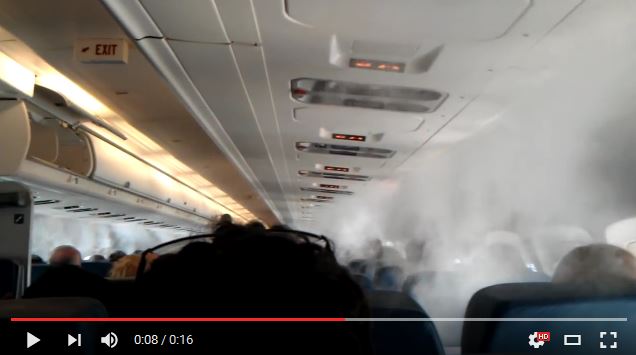 This air returns to the AC system, and is mixed with air from packs which condition air entering the cabin at the 20% RH targeted for the flight. The 13.6g/kg of vapor in excess (for 20% RH) are progressively extracted by outflow valves, which regulate pressure in the cabin by releasing overboard as much air as packs push in. After some cycles, air contains only 3.4g/kg of vapor (the cycle is simplified, actually we would also account for passengers perspiration and breathing, fog re-vaporization and AC air humidity)

Fog in the aircraft is indeed a problem, fog outside the aircraft is another one as visibility is strongly impeded. It requires flying using Instrument Flying Rules (IFR). IFR is allowed only with a specific pilot rating and aviation certification. Knowing the dew point is important to plan a flight, in particular to know whether IFR will be required. Therefore the dew point is measured and published as aeronautical information. 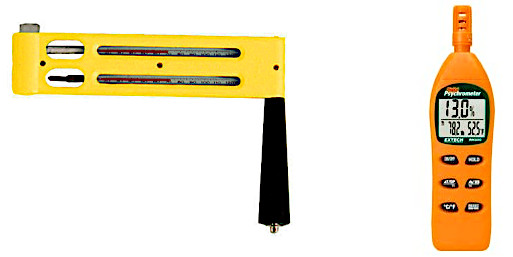 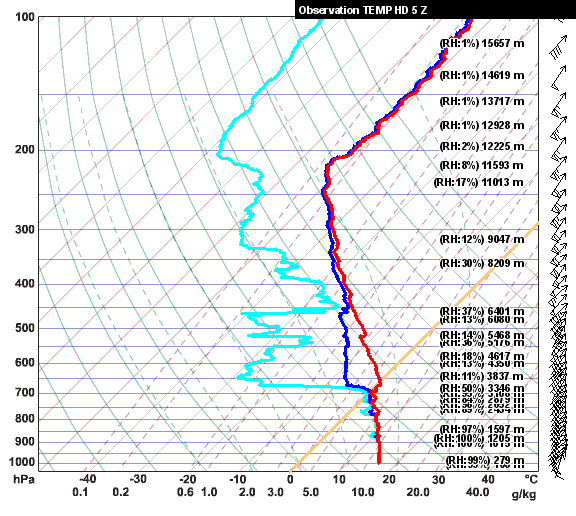 When water vapor changes into ice

When the dew point is below 0°C, water vapor is not condensing into water droplets, it is converted directly into ice crystals (frost).

This effect is particularly dangerous and can lead to icing in the carburetor of a piston engine. This condition can happen in areas of low pressure and low temperature, commonly created by the sudden pressure drop in the throttle venturi, due to venturi effect and the temperature drop due to fuel vaporization.

For a typical piston engine, this effect is centered on a external temperature around 10°C but extends to a large range of temperature when the engine is slowed down (descent):

The remedy to carburetor induction icing is to heat the carburetor and raise the due point to a safe area, especially when descending.

For jet engines, induction icing (not to be confused with flying in atmosphere with ice crystals or supercooled water droplets) can cause ice to form at the engine inlet. Blocks of ice can then break, causing damage to blades, compressor stall and/or combustor flameout. It can also cause EPR probe (PT2) reading errors and subsequent FADEC fatal behavior.

The reason you see it on the A320 in those conditions is this.

Every AC system (home, building, car) uses a plant to generate a cold refrigerant/water, which in turn cools a heat-exchanger. The supply air is passed over this heat exchanger, and the humidity condenses on it and drops off. You never see the mist becasue what is discharged is dry, cold air.

Aircraft AC is different. A plant is too heavy, and AC is rarely required on an aircraft anyway since they spend most of their time in an environment which is -60C. What they do require is pressurisation.

Therefore, the pressurisation and AC are a combined system - and it works on the supply (ambient/outside) air. There is no refrigerant. The air is compressed in the engines or APU, that air is extraordinarily hot. It is cooled (it only needs to be cooled a bit - maybe 50C or so) and then brought back to ambient pressure. When brought back to ambient pressure - even ambient air of 50C is now below freezing. This air is discharged into the cabin. This can't hold the same moisture as outside air, so mist forms. You'll notice that nowhere in the cycle is the moisture able to condense onto a heat exchanger. Some aircraft use dessicant wheels, but these are not as effective as condensing moisture onto a heat exchanger.

After the aircraft takes off, the humidity is lower, the temp is colder and the phenomena is no longer visible.

34
How can pilots fly inside a cloud?
20
Why is air mixed with bypass air on the A/C of an aircraft?
15
What are these grilles in the passenger cabin of this 787?

9
Could the cabin crew open the lavatory door from outside when someone locked the door from the inside?
9
What is this thing on the engine of a Cessna 500 Citation I?
12
What is the viability of stacking passengers in an airplane cabin?
10
Who invented the cabin chime? What aircraft was the first to use it?
10
What's this red cabin light indicator inside a Boeing 737?
31
What is this "No Hand Hold" thing in the P-51 Mustang cockpit?
6
How is smoke detected in the cabin when flying without passengers?
4
What is the cabin noise hertz in typical commercial aircrafts?