What do the components of a shockwave's visual artefacts represent?

On a recent flight, I was able to observe visual artefacts over the wing (Boeing 767-300 in cruise).

You can see them in the image below; they look like creases in a surface. They moved forwards and backwards over the wing. Later in the flight they extended to the end of the wing; at this point, they extended no further than a few metres.

I've added red and yellow arrows pointing to their ends - as you can see, one of them appears to fork. 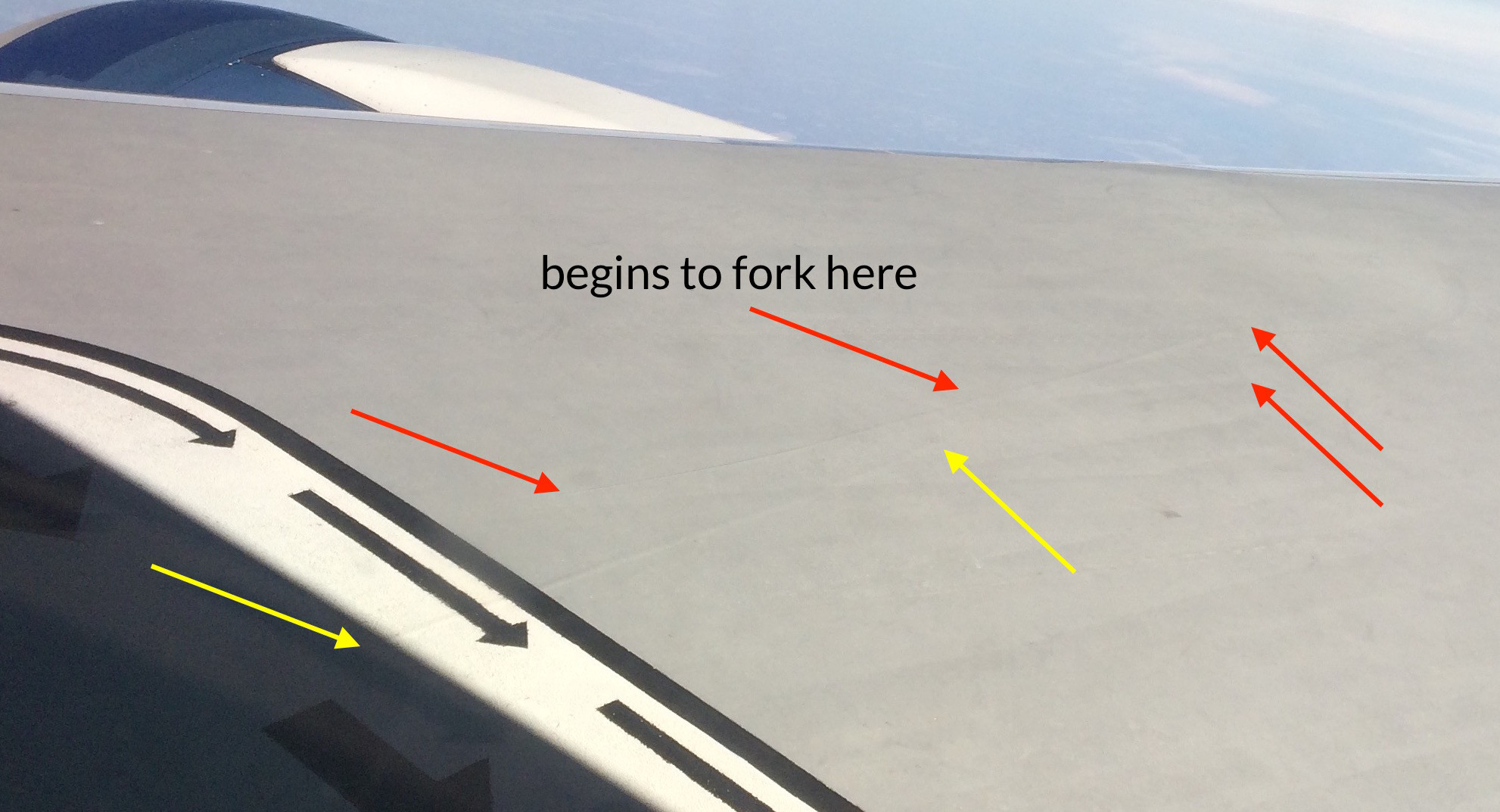 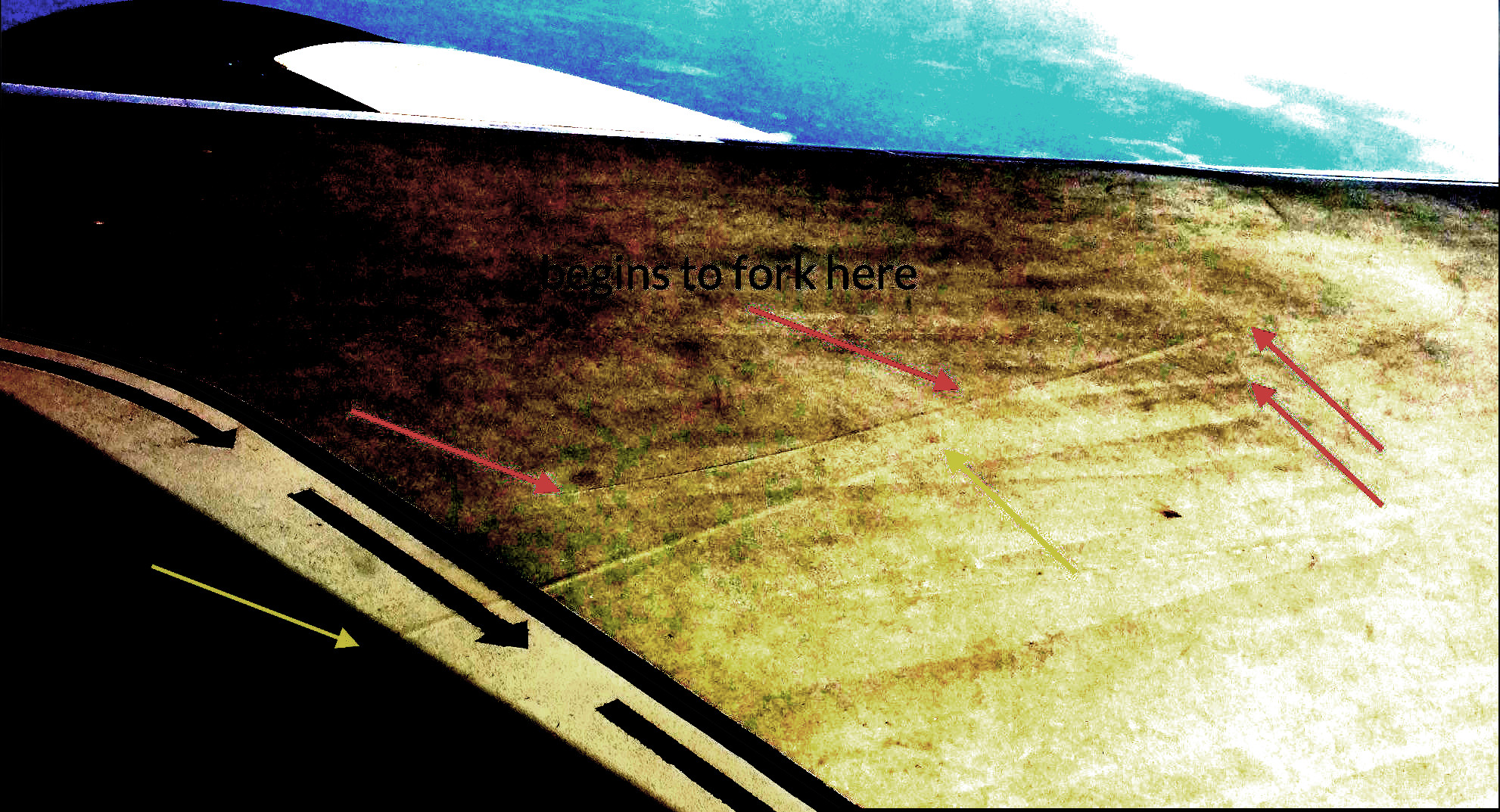 I understand that this artefact is caused by a shockwave produced by supersonic airflow over the forward part of the wing.

I'd be interested to know: what exactly is it that I am seeing?

What you see are changes in the refractive index of the air, caused by the different pressure and temperature at different places. Sometimes, with the right conditions, there may be zones of transient condensation of water vapor, that add to the effect...

44
Is the visual artifact seen over the wing from different air densities, a reflection or something else?

19
What does the zig-zag pattern on Hawker Hunter's leading edge represent?
6
What would the density profile of this shock wave look like, roughly?
0
What happens to the pressure and density of air passing through shock waves?
1
What is the difference between a shock wave and an expansion wave?
3
What are the effects of shockwaves on normal and supersonic aircraft?
6
"Fundamental of Aerodynamics" 5th editon, example about oblique shock. Is the author's solution wrong?
1
What is primary cause of shock induced separation (shock stall)?
6
Why does the temperature rise in the boundary layer after a shock wave?