What advantage(s) are there for the HondaJet's engine mount position?

The HondaJet has over wing mounted engines as can be seen here:

The advantages v drawbacks of the over wing mount have been discussed here and here. The over wing mount on the HondaJet could take advantage of the Coandă effect, except that they're not in front of the wing, as can be seen (above), but more clearly here: 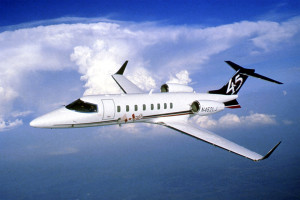 What are the advantages of a high, over/behind wing engine mounting position as seen in the HondaJet?

Probably the reasons are similiar to the reasons which lead to the same mounting on the VFW-Fokker 614.

This arrangement was used to avoid the structural weight penalties of rear mounted engines and the potential ingestion problems of engines mounted under the wings. This allowed a short and sturdy undercarriage, specially suited for operations from poorly prepared runways.

The space in the cabin should be the actual reason in this case.

“I had the idea around 1996,” says Fujino. “The cost of a business jet is very high. To reduce the cost, you have to reduce the size of the aircraft, but then you sacrifice comfort. I wanted to make the aircraft smaller, but not sacrifice the cabin.” Most business jets have the engines mounted on the rear fuselage, and moving the structure and systems to support the engines out of the fuselage would maximise space inside the cabin without increasing the size of the aircraft, he believed.

As always, there are pro and cons:

The problem with an overwing engine is that interference between the nacelle and wing can accelerate the airflow and cause a strong shockwave, reducing the drag rise Mach number – the airspeed at which shockwaves form and drag begins to rise rapidly. Fujino says computational analysis and windtunnel testing enabled Honda to find a “sweet spot”, an overwing engine location that minimises the shockwave. The result, he says, is a 5% better lift-to- drag ratio – aerodynamic efficiency – in the cruise than a rear-engined aircraft.

Another advantage: With the engines on the wing instead of being mounted directly to the fuselage, not as much noise and vibration is transmitted to the interior of the cabin.

Mounting them above rather than below the wings allows for a much shorter landing gear. That's important to small business jets, where the passengers typically board from a general aviation area, using the aircraft's stairs built into the cabin door, rather than the enclosed ramp that commercial airliners use.

Closer to the ground, easier to get into.

Imagine getting into a 747 or A380 by climbing stairs out in the open, and you can visualize why shorter stairs are desirable.

I think HondaJet engine is a compromise of trying to squeeze two jets on a small aircraft. Putting engine under the wing means that the aircraft becomes too tall.A business jet can't be so high that it requires external ladders/stairs for entry - that would preclude landing at many small airports. If you look at Embraer Phenom or Cessna Citation, they both put engine on the tail. The doors on both open downwards and have built in stairs. You could think of putting the Jets close to the fuselage - similar to a turboprop - but then the problem is that unlike a propellor plane the exhaust is too hot. Then you can think of putting the engines on the tail (like every other competitor). That is a reasonable arrangement, but for stability reasons you want to have most of your weight ahead of the mid-point. That way if you are overloaded (or if your engine fails) the nose points down. With all the weight at the back, in case of emergencies the engine ends up pointing up. Not the safest arrangement. There is also the problem of getting all the fuel from the wing to the tail. So Honda found yet another arrangement by putting the engine on a couple of stilts. This is OK, but still has the problem that if an engine fails the nose ends up pointing up instead of down. I bet they are thinking that the Honda Engine never fails.

Not the answer you're looking for? Browse other questions tagged aircraft-design engine-placement hondajet or ask your own question.

59
Why not mount airliner jet engines above the wings?
33
How does the mounting location of a jet engine affect aircraft performance?

7
What is the advantage of increasing an aircraft's horizontal tail surface area?
59
Why not mount airliner jet engines above the wings?
5
What are the advantages and disadvantages of have the wing positioned further aft on an airplane?
4
What general aviation single-engine piston pressurized airplanes are there?
18
What are the reasons for an installed engine to produce less thrust than an uninstalled engine?
7
What prevents aircraft with a tailcone APU from using tail-mounted airbrakes?
6
What are the advantages/disadvantages of in-fuselage engines (eg most fighter jets) vs wing/fuselage mounted engines?
5
What is the suggested position for a canard?