What is the object on the nose of this HondaJet in this marketing video?

In the third Hondajet marketing video there is a sword-like object visible on the nose of the aircraft.

What is this used for? 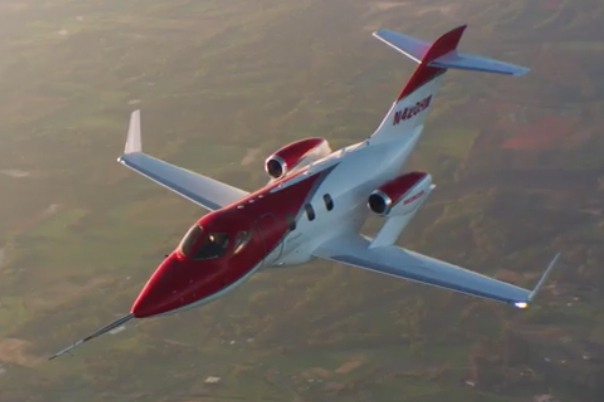 It is a Pitot tube.

It is used to measure some air data values, depending on the model.

The most basic will measure only pressures (and then "derives" the velocity of the aircraft), the most advanced will measure angle of attack and sideslip as well.

The one in the photo is particularly long to make sure that is measuring values in the undisturbed airflow in front of the aircraft. It is a model usually seen in flight tests or on fighter aircraft.

In flight tests, because despite the accurate CFD modelling available today, uncertainties are still present during the first flights (that's why they are tests). The long probe gives a reference as much undisturbed as possible.

During normal operations you will generally find smaller probes, such as the ones found in this other question.

Fighter aircraft need the long boom for the reasons seen in this question.

Not the answer you're looking for? Browse other questions tagged nose hondajet or ask your own question.

39
Why are the pitot tubes on supersonic combat aircraft so long?
14
How is the pitot system drained?
6
Does the USA government operate any business-jets with mid-air refueling capability?
5
Has research into the aerodynamic properties of non-smooth surfaces suggested any promising directions for future aircraft design?

20
What is this hole in the nose of the A330?
6
What does this statement about steep descent mean?
9
What advantage(s) are there for the HondaJet's engine mount position?
10
Is the nose cone of the MiG-21 adjustable in-flight?
16
What is this nose cowl mounted display?
4
What is that extended nacelle feature on the Honda HA-420 HondaJet?
3
What were the Concorde's emergency procedures for an uncommanded droop-nose extension in flight?
12
What are these hooks and tassels on the nose?