How are naval jets moved around below the deck of a carrier?

There are many kinds of jets on an aircraft carrier. I'm curious how they're moved around below deck. They have to be moved around for storage and to get to and from the large elevator that takes them up to and down from the flight deck.

So how are they moved? Is there some tug? Or something powering their wheels? I really hope they don't have to use their jet engines below deck, as that seems very dangerous to me.

As Simon pointed out, they use tugs. Obviously the engines are not started below the deck as it would have potentially deadly consequences.

The tugs are either electric or powered by a diesel/JP-5 engine. For example, the USN uses the A/S32A-32 towing tractor (also called spotting dolly SD-2), among others. 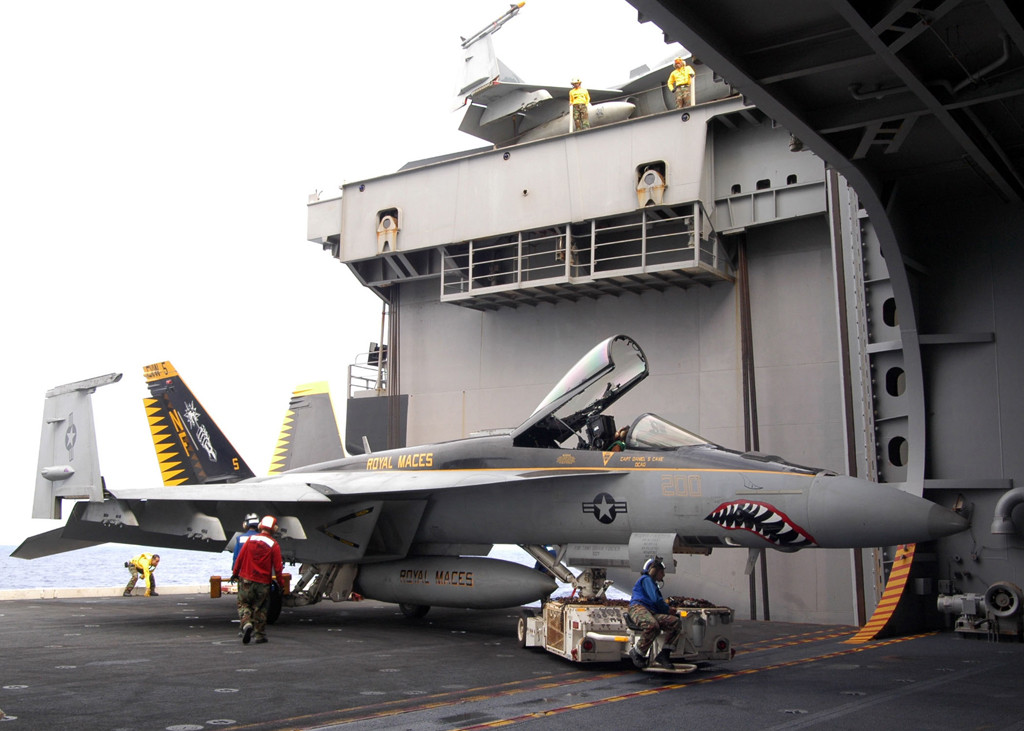 This tug is powered by a diesel engine and controlled using a joystick. In order to be useful in the confines of the deck, the tug can rotate with a zero turning radius. The operation is pretty much similar to the other tugs- the tug is moved so that it lifts up the nosewheel, facilitating the aircraft movement.

The French, on the other hand use remotely controlled mototk tugs on board de Gaulle. 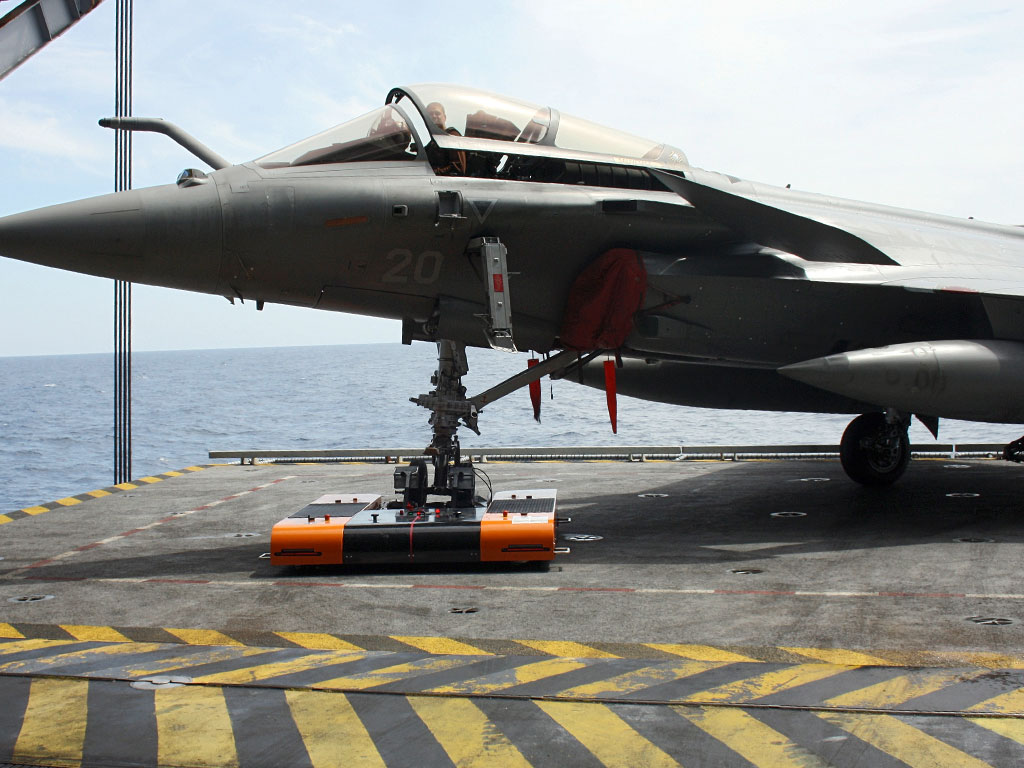 On the old carriers that had a center deck elevator planes would spin on the deck and get into position to taxi into hangar bay one! You wouldn't believe how loud a "screaming Demon" could be! I was on the Oriskany in 1963 when they were still doing but later that year I was on the Midway and they stopped doing it!

Not the answer you're looking for? Browse other questions tagged military jet aircraft-carrier aircraft-storing or ask your own question.

122
How do jet fighters get to war?
4
What modifications would be required to use a DHC-6-400 for Carrier Onboard Delivery work?
9
How does the ski shape of an aircraft carrier deck help for take off?
7
Why do forward-swept winged fighters have the main wings in the back?
2
In the old days, why didn't aircraft use simpler systems to land on a Carrier?
41
How can I find places to store/land a private airplane?
5
Straight vs. angled aircraft carrier decks: tradeoffs for rolling takeoff?
8
Can an F-16 land on an aircraft carrier, at all?
3
What is maximum acceleration that can be achieved by afterburner in level flight?