Can small airplanes, such as a Cessna 172, dump fuel during flight?

My understanding is that large commercial passenger aircraft often have the capability to dump fuel during flight, as can many military aircraft. However, is that capability available for small 2 or 4 seat planes? How big does a plane need to be before a fuel dump capability becomes useful?

The short answer is, no, generally only large aircraft have purpose-built fuel dumping systems. Such a system may be helpful in reducing aircraft gross weight to a safe landing weight in the case of a precautionary landing. The approved landing weight of smaller aircraft, such as the C172, is generally the same as the approved takeoff weight.

The longer answer is, yes, it would be possible to "dump" fuel from an aircraft such as a C172, though not by means of a purpose built mechanism. The "dumping" would be more of a slow to moderately fast drain, depending on the means used. 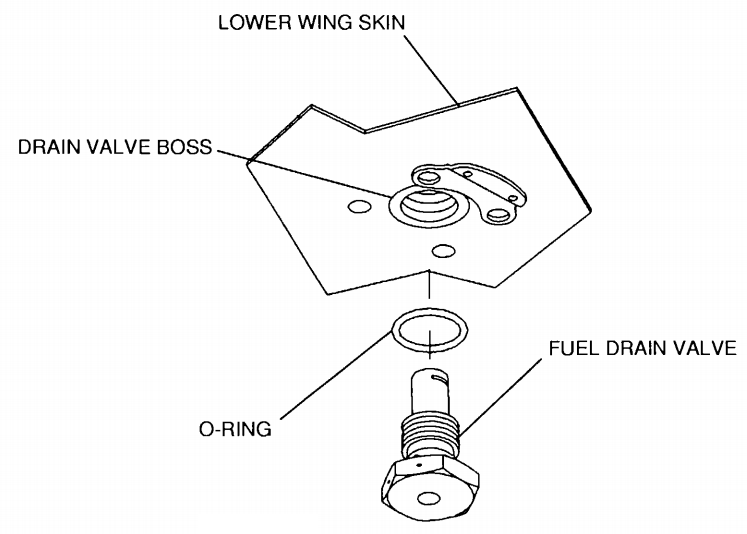 I cannot think of any reason why I would want to drain the fuel in flight apart from reducing the risk of fire in the event of an emergency landing. And in that case, my prefered method of reducing the risk of a post-landing fire would be to concentrate my efforts on the landing, not on eliminating a fuel source.

Generally, I prefer to have more rather than less fuel in the tanks when I fly.

As Jonathan mentions these systems are typically not found on light aircraft as there is little need for them but in some cases the design of the plane may allow for it. The Piper Saratoga has has an in cabin fuel drain switch that drains fuel from a center drain at a low point on the fuselage. This is intended for expelling water from the system but can in theory be used to dump fuel. 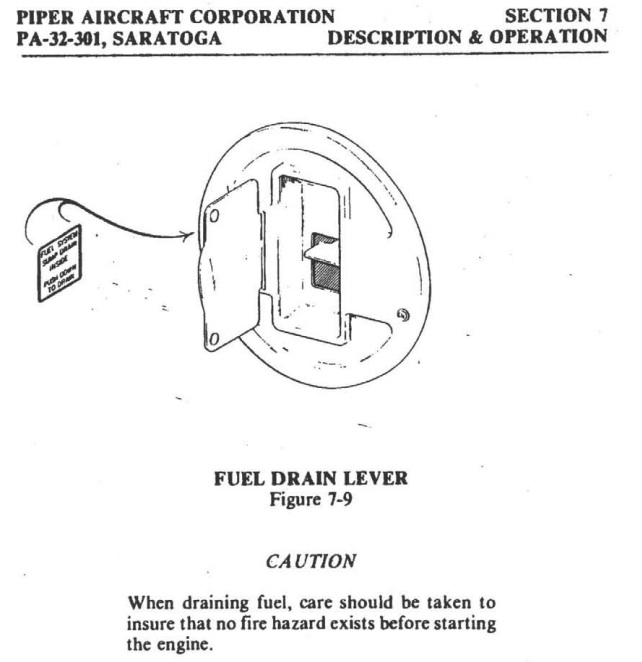 Other aircraft may have similar systems as well. The small/older cherokees however do not contain such a system.

On some small aircraft it is possible to dump a small portion of fuel by mishandling the fuel system.

One time I was asked to take a Cessna 310 to a very short runway to pick up 5 passengers and their luggage. The aircraft had accidentally been fuelled to 1,200 lbs. when only only 600 lbs was needed to complete the trip. The extra 600 lbs. of fuel would have made the aircraft over weight

Shortly after take off I switched to the auxiliary tanks and also activated the wing locker tanks. This resulted in the main tanks becoming over filled and about 400 lbs of fuel was both consumed and also vented overboard during the 1 hour flight.

While this was not an actual example of fuel dumping, it had the same effect, and allowed me to depart a short runway with a full load of passengers and baggage while not being overweight. 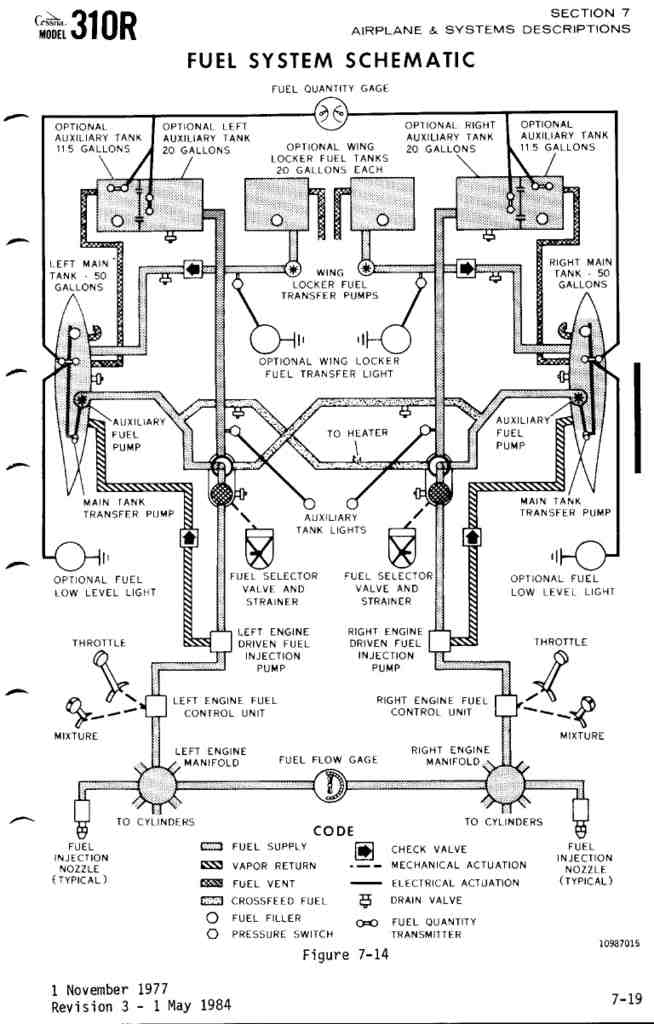 Usually no, although in some cases you may be able to dump fuel by exploiting features of the fuel system. Why not on smaller planes? Fuel jettisoning systems were only ever required for transport-category aircraft. There is some reasoning behind this link, since many transport category aircraft perform comparatively poorly at MTOW and would take a long time to burn off the difference between maximum take-off and maximum landing weights. Many GA aircraft can even land at their maximum take-off weights and so don't list a separate landing weight. (See, for example, the C172 POH)

The reason for this discrepancy between small and large aircraft, like many differences between transport category and GA aircraft, is in part due to practicality and in part due simply to regulation. Fuel jettisoning is required on many transport aircraft but is not required on GA aircraft. The FAA had a regulation that stated (though it's since changed to be performance, not weight-based):

There is good reason for the distinction between small GA aircraft and large transport aircraft in certification requirements. First, many GA aircraft are designed to be able to land and take-off at the same weight. Other reasons include performance consideration and that fuel flow is not proportional to max fuel, in part because larger aircraft usually have longer ranges. Longer range means more distance to burn off all the fuel, which usually makes it harder to burn off any unwanted fuel.

If you want to be technical, the driving factors here are the performance at MTOW and the practicality of burning off the difference in MTOW (max takeoff weight) and max landing weight, not fuel fraction (fuel available/empty weight) and not necessarily the ratio of MTOW to max landing weight. As counterexamples to the notion that fuel fraction or MTOW/MLW are important, the F7x can hold almost 90% of its empty weight in fuel but can also land at almost 90% of its take-off weight and so has no fuel dumping. Even a Learjet 60XR, with a MTOW to MLW ratio worse than an A320, can burn off the difference in fuel during a little more than a 300 nm trip. By comparison, by my calculations a 757-200 could make a 2,000 nm trip without burning off the difference between maximum take-off and maximum landing weights, and circling for hours burning off fuel like that tends to horrify passengers. (Source: Plane Purchasing Handbook 2012 and this 757 presentation).

You may also want to read: Why doesn't the 737 have a fuel dump nozzle? and When are aircraft required to dump fuel for emergency landings?

The answer is simple.

If an aircraft's maximum takeoff weight is significantly greater than its maximum landing weight it needs to be able to dump fuel so that it can land quickly.

Small planes, such as C-172, can usually land at maximum takeoff weight. Thus they have no need for fuel dumping capability.There simply is no need for dumping fuel in a C-172 so the aircraft does not have that capability.

Although not designed for fuel dumping, it has a operable valve on the floor of the right seat that is used for draining the lowest part of the fuel system, and this valve could be used to dump 168# or 28 gallons of fuel, although it would take a fairly long time.

The better technique is to do a soft-field landing at full gross on a long runway.

Generally, no. However in the Piper J-3 cub.. just fly upside down for a few minutes (you'll then be a glider unless you have an inverted fuel and oil system). Plenty of fuel will drain out around the metal wire which is your fuel gage. :)

44
When are aircraft required to dump fuel for emergency landings?
22
Why doesn't the 737 have a fuel dump nozzle?
6
What factors determine where an aircraft can dump fuel?

15
How often does fuel dumping from planes in flight actually occur?
22
Why doesn't the 737 have a fuel dump nozzle?
23
Do helicopters ever dump fuel before landing?
12
Can commercial aircraft dump luggage or cargo mid-air?
6
What factors determine where an aircraft can dump fuel?
7
Jettison and Dump fuel - Do they have separate meanings?
11
Would the Aeroflot Flight 1492 have been able to dump its fuel first before landing?
38
Why can't an Airbus A330 dump fuel in an emergency?
30
Why didn't Philippine Airlines Flight 113 dump fuel prior to forced landing?
4
Can airlines recover costs if they dump fuel for a medical emergency?