Why is the Mooney's signature tail profile different from most planes?

In another question, someone said everyone but Mooney has the vertical stabilizer on backward. (As a Cessna driver, this looks backwards to me). Is there an aerodynamic reason or some reason other than marketing?

(Note the slants of the leading and trailing edges.) 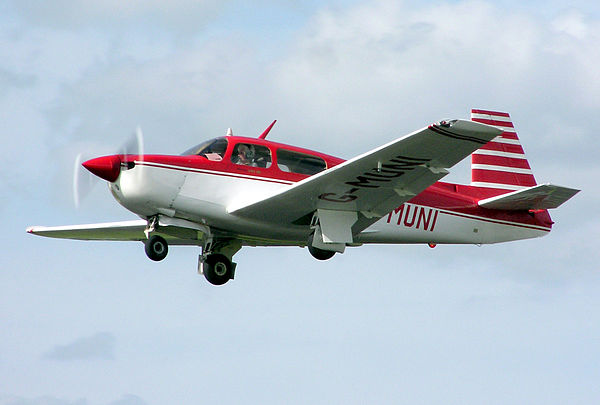 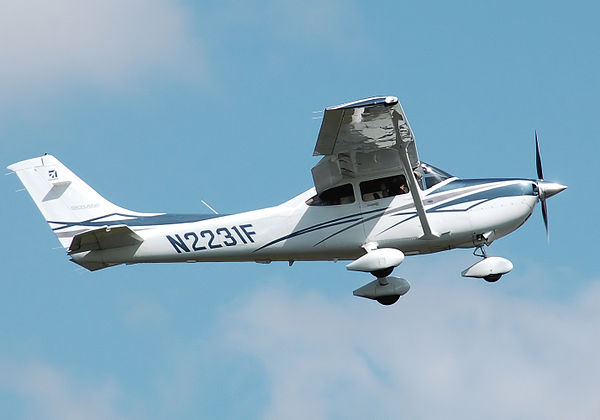 aircraft-design aerodynamics
Share
Improve this question
edited May 14 '16 at 13:55

The best explanation I've heard is that at high angles of attack the rudder is nearly vertical providing the pilot better yaw authority. I don't know whether this is true or not but it makes for a good story, doesn't it?

The story goes something like this:
As the plane pitches up, the rudder, being slanted "forward," moves closer to a vertical position and provides better directional control at low speeds. Conversely, at high angles of attack a swept tail (and rudder) moves further away from a vertical position and is, in theory, less effective.

Some go on to speculate that the leading edge of the vertical stab, being un-swept, protrudes further into undisturbed airflow at high AOA/low airspeeds which may slightly enhance the pilot's ability to control yaw at the edge of a stall.

I've never spun a Mooney (I did complete my CFI in an M20F/201) nor do I have a burning desire to do so. I imagine that it's not a friendly spinner. Catching the spin early would be critical in a slippery air frame like a Mooney.

A brief online search of Mooney tail lore yields everything from pure marketing to discussion of wetted area to better directional control during landing to spin recovery/prevention to "those swept tails provide no speed benefit and are simply designed to look good."

Here is one discussion (of many) on a Mooney forum regarding the tail design: http://mooneyspace.com/topic/9905-mooney-tail-aerodynamics-not-backwards/

I doubt very much that it's simply a marketing gimmick (although, it could be as simple as that!).

I believe that the explanation I've relayed here is merely "somewhat plausible" as it was gleaned from hours of beer-fueled hangar talk and some Google searching...not exactly a scientifically rigorous method of research. I have no credible references and, as far as I know, no data exists to back any of it up.

The tail only looks backward when people can usually see it: in the pattern, parked, or flying formation with a photographer in a slower aircraft. Rather than using trim tabs to push control surfaces out of alignment (which adds drag), the entire empennage pivots for pitch trim adjustments. To trim the nose up at low speed, the leading edge of the horizontal stabilizer tips down and the vertical stabilizer pivots forward. For nose down trim at cruise, the horiz stab leading edge tips up and the vert stab leading edge pivots back.

My dad owned the 201 (M20J) N58016 which had formerly been Roy LoPresti's "company car" and development mule for the 201, 231, and 252. Dad and Mom went to some Mooney Homecomings in Kerrville, where Roy gave him a guided tour of the bits that made that airframe unique.

The 'reversed' tail has been the signature feature on many of Mooney's products, including the M18, M20, M22 and the new production M10 line of aircraft. But not every Mooney did use the design; best example of that was the Mooney 301, which evolved into the Daher Socata TBM series of single engine turboprops.

I've heard a lot of the reasons for this design choice, including improved rudder authority at high AoA listed above. Another is that a trapezoidal shaped planform is a more efficient lifting surface design for slow subsonic flight where compreesibile effects are trivial.

Of interest, this tail plane design employs one of the most unorthodox elevator trim arrangements in aviation. Starting with the M20E, the entire empennage is a single assembly which attaches to the aft fuselage via a single hinge point. Driven by a pilot controlled screw jack, the entire empennage would then rotate in the vertical plane, thus changing the AoA of the tail plane and providing longitudinal trim. I'm not aware of any other aircraft which uses such a complicated elevator trim system including commercial aircraft which make use of an all moving tail plane box for this purpose.

I worked at Mooney for 11years, 6 as the Director of Engineering after Roy Lopresti left the company. Art Mooney asked Al to design the wood spars so he could build them on a flat table. This resulted in t iconic and characteristic "Mark" of the M20 Type.

5
Why are the leading edges of the 787's horizontal and vertical stabilizers not painted?
21
Why the lack of faster piston-powered planes?
6
Why hasn't there ever been a large 4-engine commercial airplane with 2 engines on the wings and 2 engines at the tail?
5
What makes the F/A-XX twin-engined tailless fighter controllable with engines out?
0
Which moments are acting on a flying airplane?
7
Why would a stretch variant need a larger horizontal stabilizer?
8
What prevents BFS from becoming unstable when pitching from horizontal to vertical?
8
Why is the tail group of virtually every airplane swept instead of straight?
2
What are the disadvantages of a tailless ultralight design?
4
Why do almost all overwing exit slides open over the trailing edge of the wings, and almost none over the leading edge?