In these two lovely images: 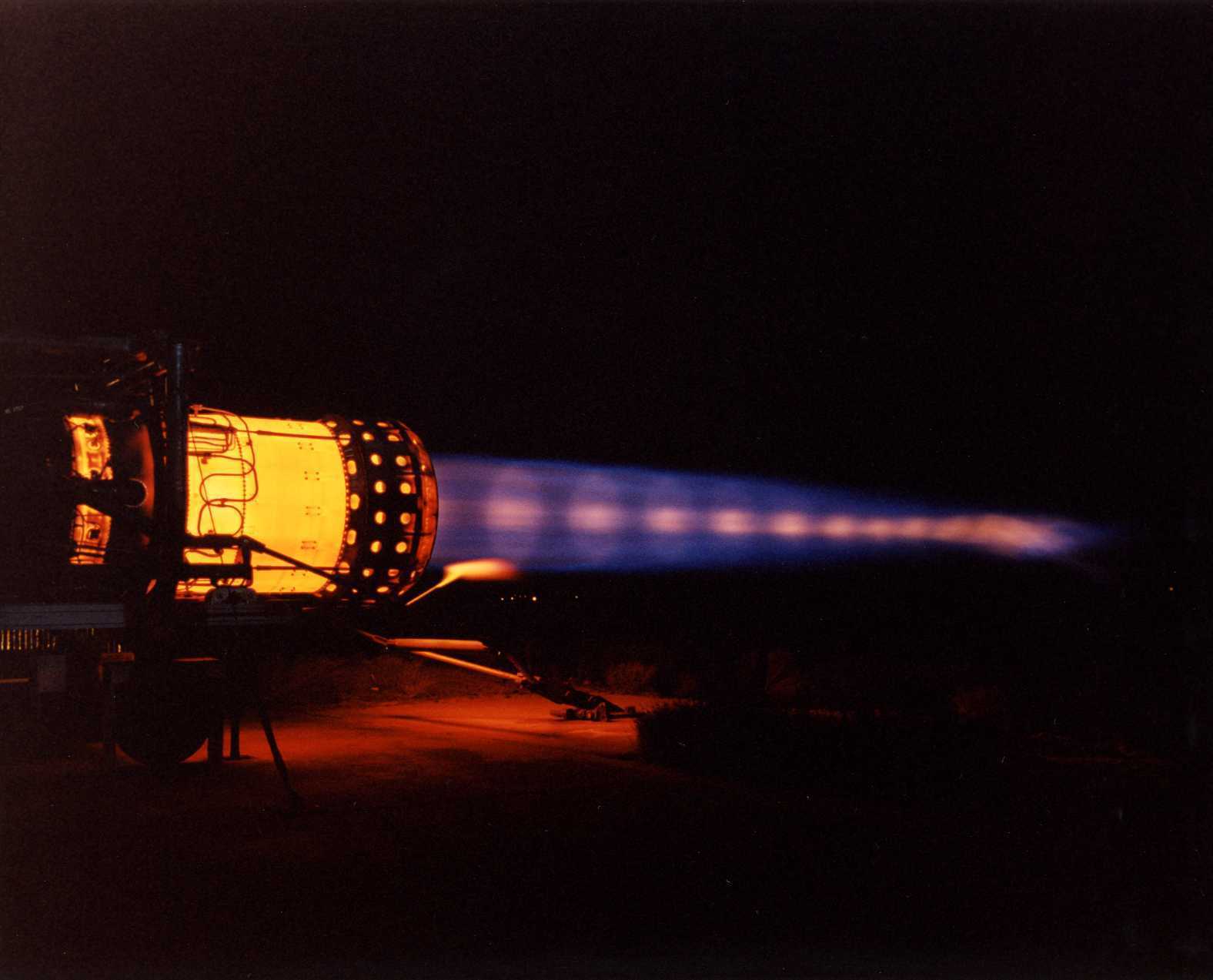 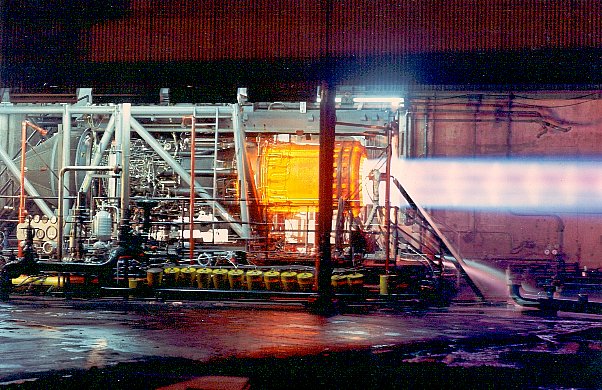 The exhaust end of the engines are glowing bright orange from being so hot. Do they get that hot during normal flight operations, or are they hot because the engines are statically mounted for testing and have (relatively) minimal air flow to cool it?

If it's normally this hot, what is the exhaust made of, and how is it insulated to keep it from melting the nacelle around it?

Both images you posted are of Pratt&Whitney J58 afterburning turbojet that was used on the Lockheed A-12 and Lockheed SR-71 aircraft. That engine ran particularly hot.

The afterburner combustor liner was able to withstand temperature up to 1,760°C (3,800°F). The core of the flame was much hotter still, but a colder air was fed along the walls, like in all turbine engines, as explained here. The engine was also cooled by incoming fuel similarly to how rocket engines are.

Additionally, at the top speed, the compression heating as the air was slowed to subsonic speed in the inlet heated it to over 400°C (800°F) at the compressor face already. Since in the static test the air was not that hot, the engine might have actually ran a bit colder in the test than in normal operation.

This was however specific to this one engine. The compression heating is negligible at subsonic speeds and grows faster at higher Mach numbers. Most supersonic aircraft fly around Mach 2, where the effect is already noticeable, but not nearly as pronounced. For most engines, they run at roughly the same temperature in test as they do in normal operation. It just isn't as high as in this special case.

To supplement Jan Hudec's answer, you are also looking at the engine casing itself. When the engine is installed in the aircraft there is additional nacelle material surrounding it so that even at full power the metal glowing will not be seen looking at it from the side. (although in afterburner you will see the flame)

But the answer is yes, a typical jet engine will heat up enough to glow during normal flight operations. However, is it much much dimmer than your photos, really just a dull orange. And you usually only notice it if you are looking almost directly up the tailpipe at the turbine section.

Q2: Most engines have ceramic linings in the afterburner can and nozzle petals to protect the metallic parts from the high heat. In his book Sled Driver, Maj Brian Shul remarks about witnessing J58 engine test runs post maintenance out at Beale AFB, where the engines were brought up the maximum power for several minutes and then shut down. He stated the engine jet pipes would glow orange hot during operations (and took the photos to prove it!), yet within a minute or so of shutdown the ceramic linings were cool enough to touch!

Not the answer you're looking for? Browse other questions tagged jet-engine temperature or ask your own question.

21
How are temperature differences handled in a jet engine?

21
How are temperature differences handled in a jet engine?
9
What would happen if put a jet engine behind another jet engine?
15
How does jet engine water injection work?
0
Can heat from the engine inlet be used to produce thrust?
8
Why Western fighters' afterburner glow is reddish orange while Eastern Bloc fighters' is blue?
4
Jet engine throttle-down time
33
Why don't modern jet engines use forced exhaust mixing?
11
How hot do internal parts of jet engine get?