Why do the MiG-15 and MiG-17 have a split air intake in their noses? 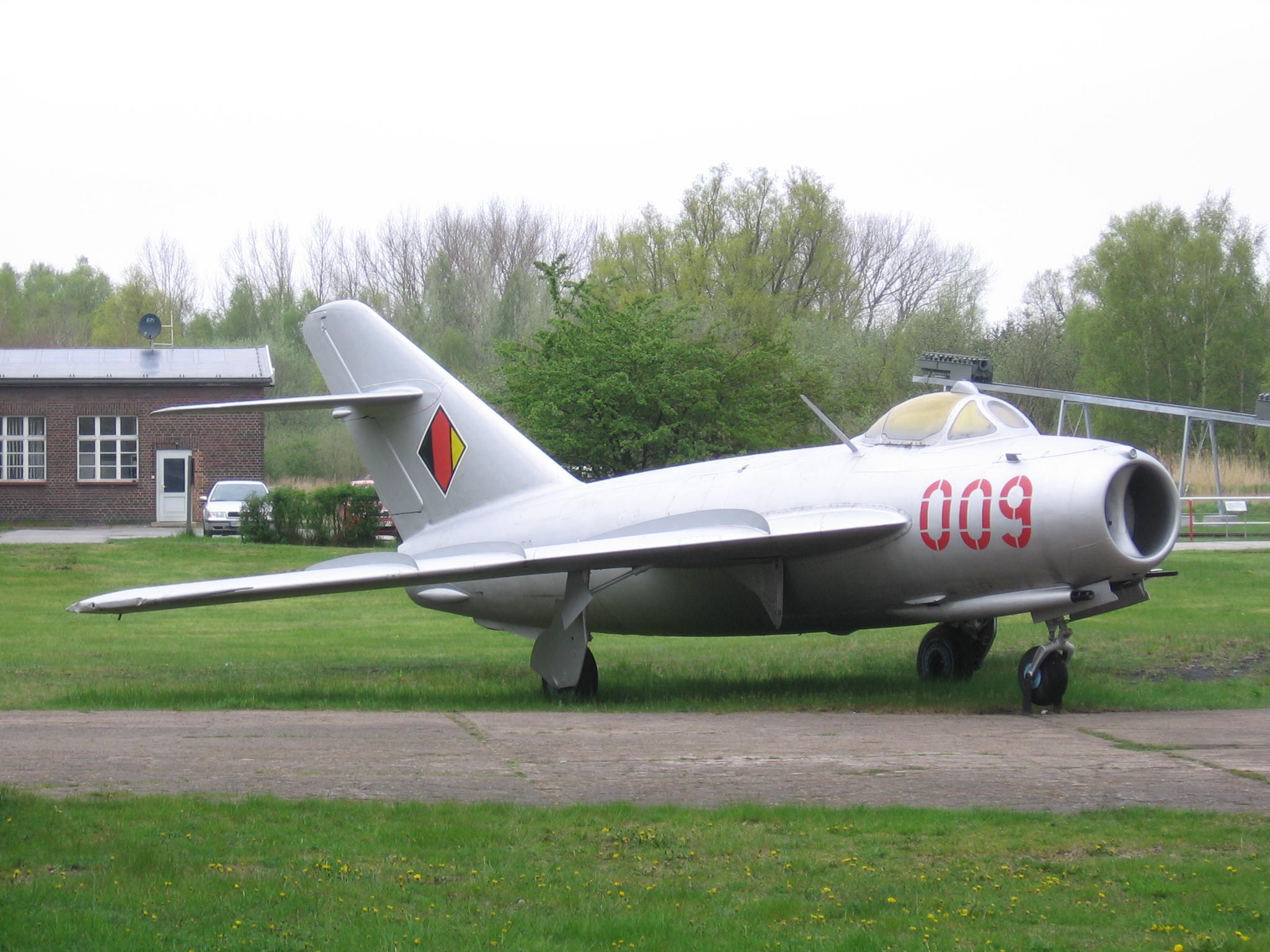 MiG-15 and MiG-17 both have a split air intake in their nose. However, they have only one jet engine.

So why is the air intake split? Wouldn't it be a lot less drag to just let the intake flow cleanly into the engine?

The advent of (turbo)jet engines resulted in an important change in design of aircraft- the location of the engine, which can either be mounted on the fuselage or in the wings (as in Me 262).

Also, the engine was shifted from the front (as in the case of a majority of piston engined fighters) to the rear in jet aircraft (as the exhaust has to be routed below the fuselage otherwise). In this case, the intakes can either be in the nose or in the sides (like in Hawker Hunter).

For the aircraft with nose intakes (a design which was eliminated by the ever increasing size of Radar equipment), the problem was how to get the air to the engine. In case of Mig-15, the Russians split the air in a central splitter, which then passed through two narrow air ducts passing through either side of the cockpit, avionics bay, fuel tanks and the nose landing gear bay. This inlet was quite complex, not to metion it made for a cramped cockpit, but on the other had, it was compact. Similar air intakes were used in aircraft like the Mig-21.

Another method was to put to simply put the cockpit above the air inlet duct, like the F-86 Sabre, which resulted in the raised stance of the cockpit (and better visibility).

The intake is split in order to provide a place for the squishy human pilot to sit. Sure, it would be less drag to have a straight pipe, but that would mean the pilot being subjected to the airflow. If they wanted a straight airflow they would have had to move the pilot position or move the air intake.

The two air intake ducts of the MiG 15 pass either side of the nosewheel box and the cockpit. The alternative configuration of having a single duct passing underneath the cockpit, as used in the A7 Corsair II, necessitates the nosewheel being mounted further to the rear, which in the MiG 15 with it's short fuselage, would have made the wheelbase too short. Prototypes of the MiG 15 mounted guns in the space between the intake ducts, but this led to engine problems caused by ingestion of gun gas and so the armament was relocated to under the nose.

Not the answer you're looking for? Browse other questions tagged aircraft-design jet-engine military fighter mig-15-17 or ask your own question.

112
Why is the maximum speed of current fighter aircraft lower than those from the 1960's and 1970's?
8
Why was the experimental MiG 1.44 so similar to the experimental TKF-90?
30
What makes a smokeless jet engine?
6
Why hasn't there ever been a large 4-engine commercial airplane with 2 engines on the wings and 2 engines at the tail?
6
Why does the MiG-25 have silver-coated panels?
2
Has a jet "engine" ever been made that only uses the thrust from the bypass air and doesn't have a combustion chamber?
4
Do nose cones work well at high angles of attack?
3
Why does Harrier have split hot exhaust nozzles?