Helicopters with landing skids, no wheels; How are they taken in and out of a hangar?

I'm sure many helicopters also need/use Hangars frequently. How do you take them to a hangar and take them out of it without wheels?

Specially when they have to be taken indoors for some maintenance work on them. Are there any special forklifts/carts used for ground handling of helicopters that do not use wheels and need to be moved without actually flying?

Basically, you put wheels on the skid and tow them. 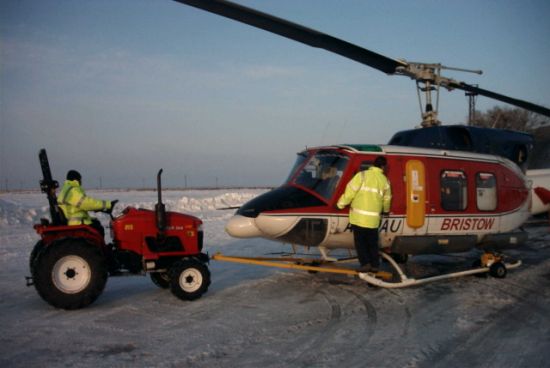 There are also specialised tow carts available for helicopters, which basically grip the skids (usually in a couple of places on either side) and lift them up, after which the helicopter can be moved by the operator by controlling the cart.

Not the answer you're looking for? Browse other questions tagged helicopter landing-gear ground-operations or ask your own question.