What is this plane?

What is this plane? It kept circling overhead and I managed to get a picture during one of it's passes. The only parts I could see was 4 piston engines, straight wings, and a tall tail with some obscure markings on it. 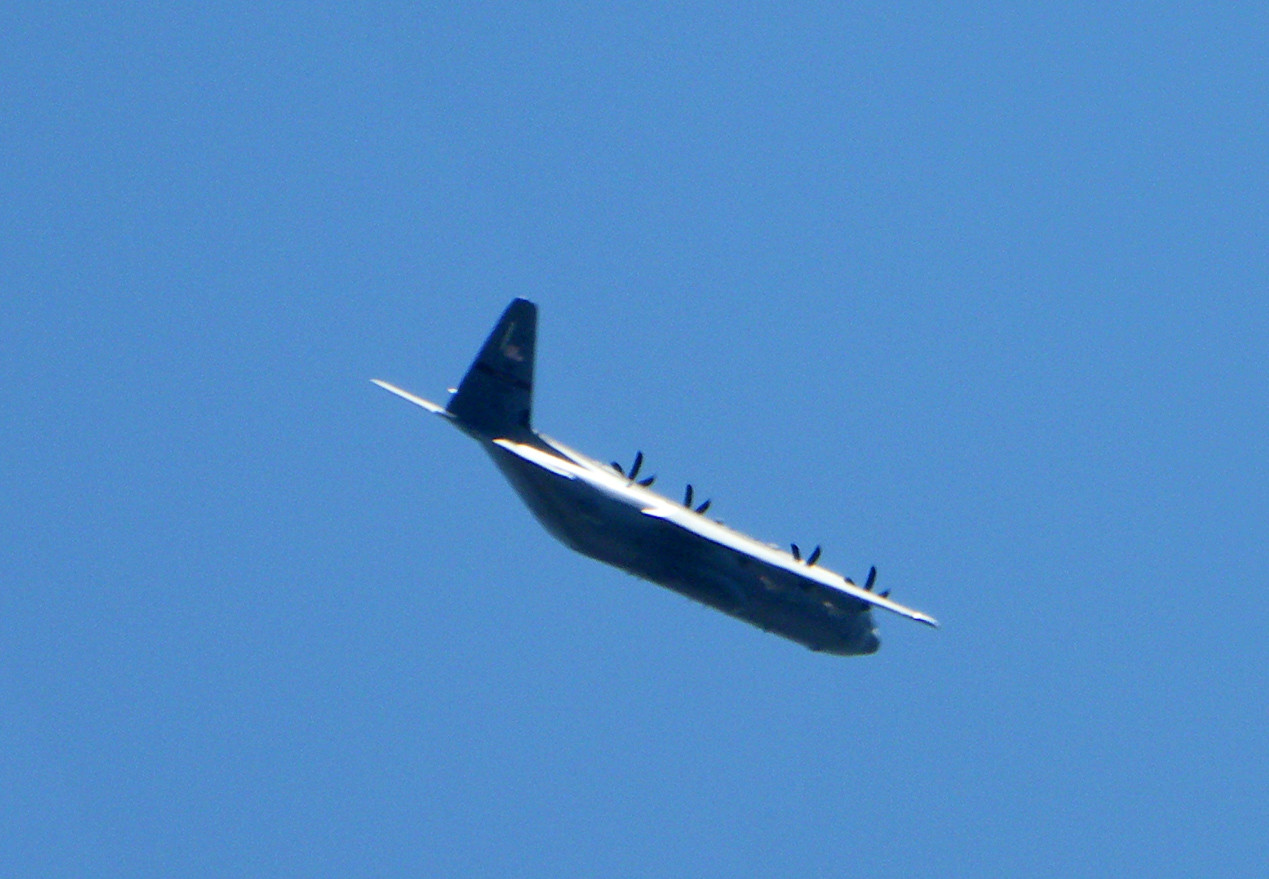 This looks like a C-130, as features like the bulge for the landing gear make it fairly easy to make the comparison. 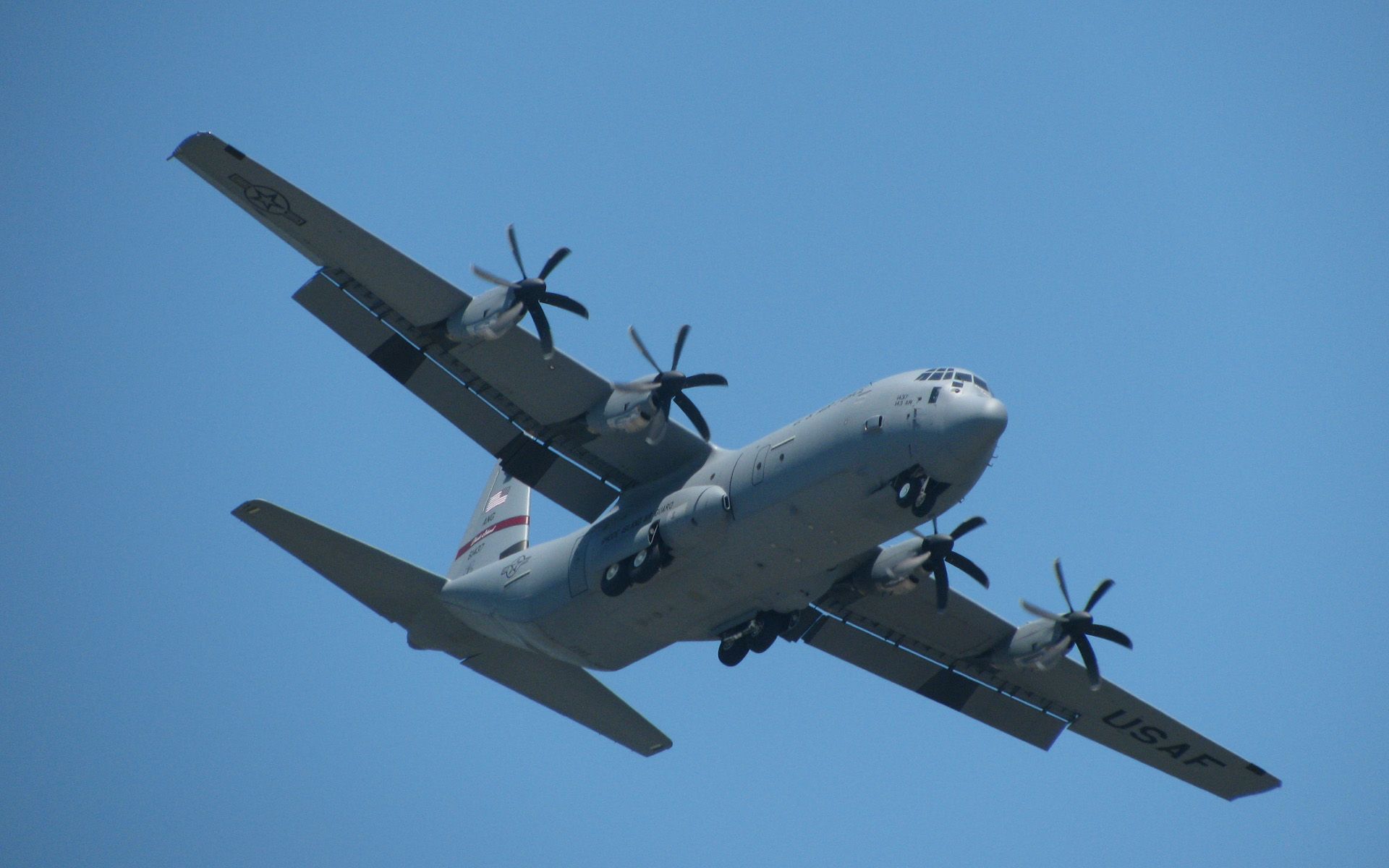 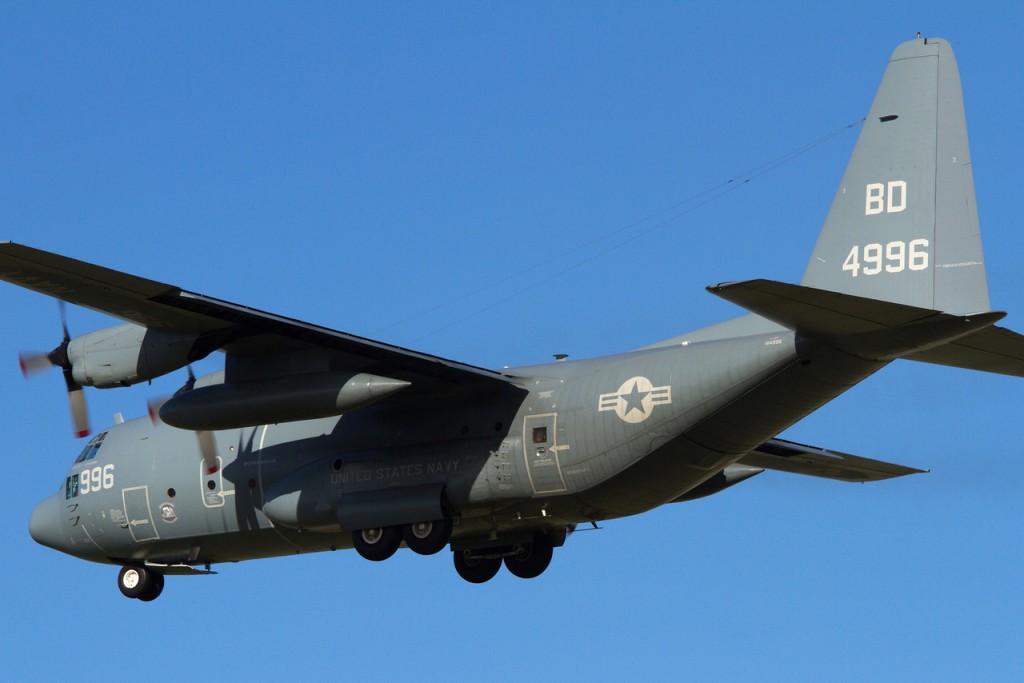 The first image even appears to have the same markings as shown in the footage.

Military practices quite often will require an aircraft to hold a position, and could have just been circling for that reason. These aircraft are primarily used for lifting and aerial refueling. I do not see any refueling pods on the reference though, so it appears to be an unconverted plane.

4
How to identify a specific 707 variant?
2
What is this white-tail, short upper deck 747 I just saw?
4
Identify canard, low-wing, single pusher-prop plane over Upstate NY
14
What is this plane with its thick cockpit?
31
Is this contrail from an airplane or a rocket?
2
What plane is this, looks a lot like a BAe-146-100 or an Avro 146-RJ100, however with only 2 engines?