Why does the airplane not 'feel' the crosswind?

Apologies for multiple pictures but I thought they would depict my question more clearly than a lengthy description.

Image 1: Why does the aircraft still follow the straight path even if the wind is blowing from left to right?

Image 2: Why does it appear that the aircraft is sliding?

Image 3: Why is there no need to apply any rudder in the presence of a cross wind? 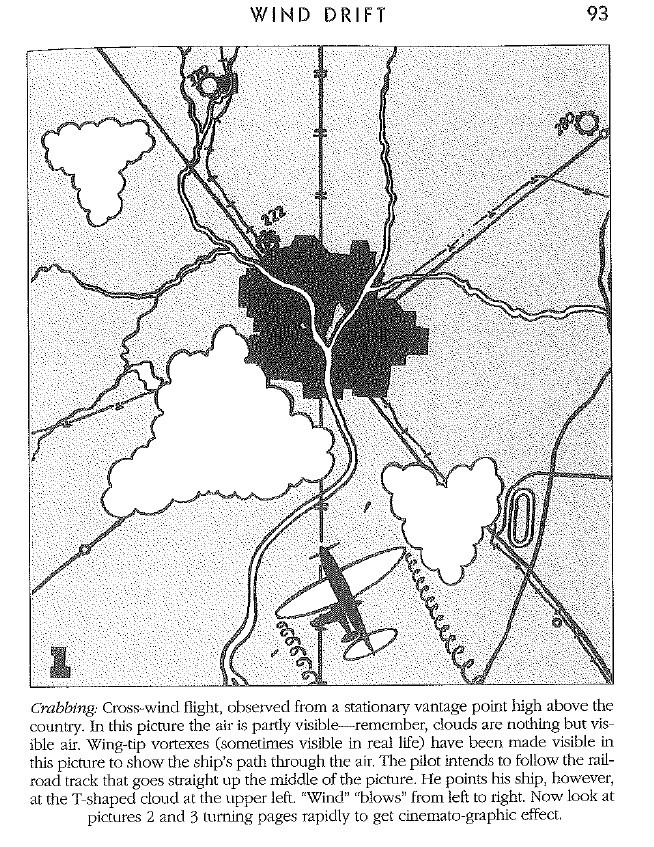 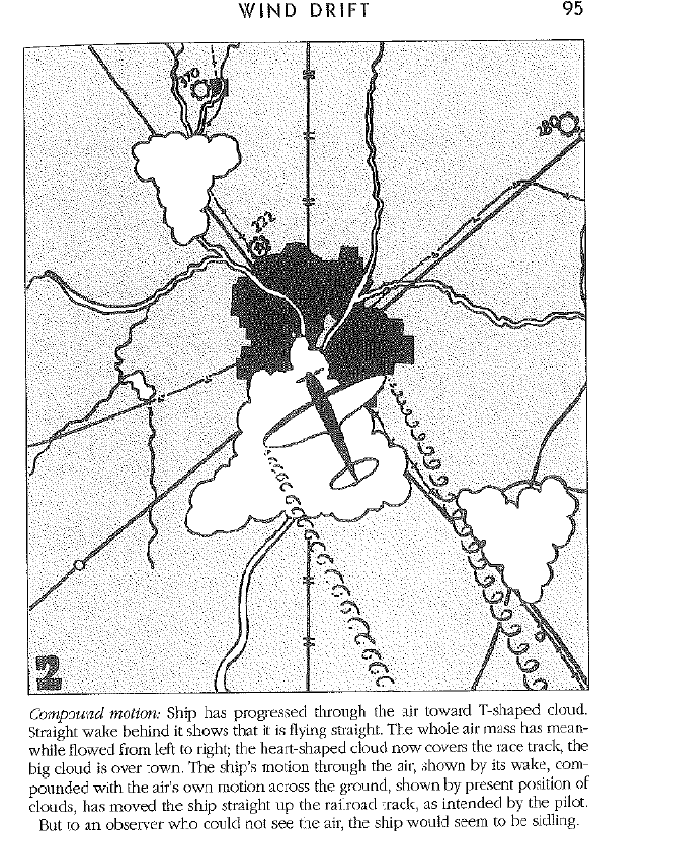 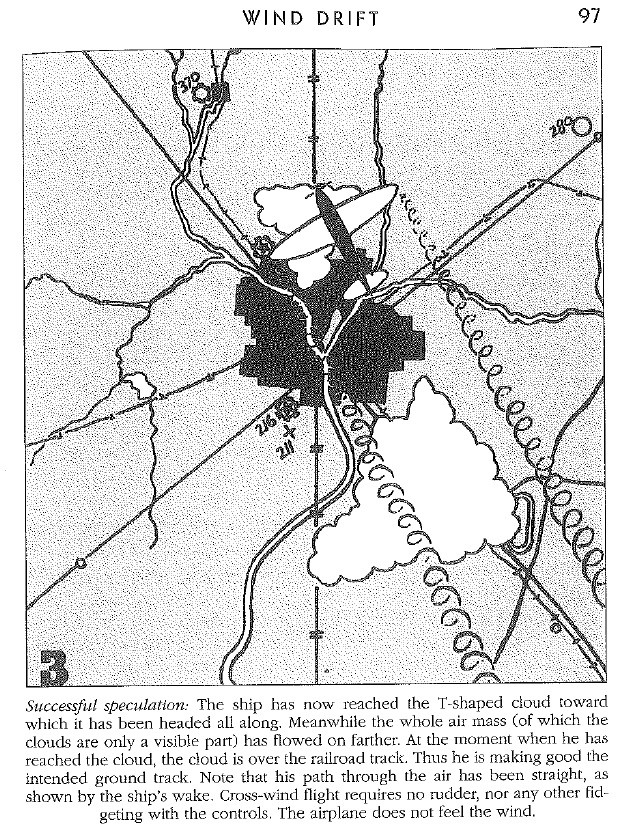 When dealing with crosswinds and drift, I find the easiest way to understand the concept is to imagine a fast flowing river of water. If you tried to swim straight across a fast river you will end up downstream. You don't "feel" the current. You just keep swimming and the current carries you.

Any time you have wind it is like a river of air flowing over the earth.

As a simple example, if you are flying north at 150knots (the red line below) and the wind is blowing east at 20 knots (the blue line), you are going to end up flying just every so slightly North East at about 151knots (roughly). But, to your plane, you're just traveling north at 150 knots, the wind is adding the last 1 knots. 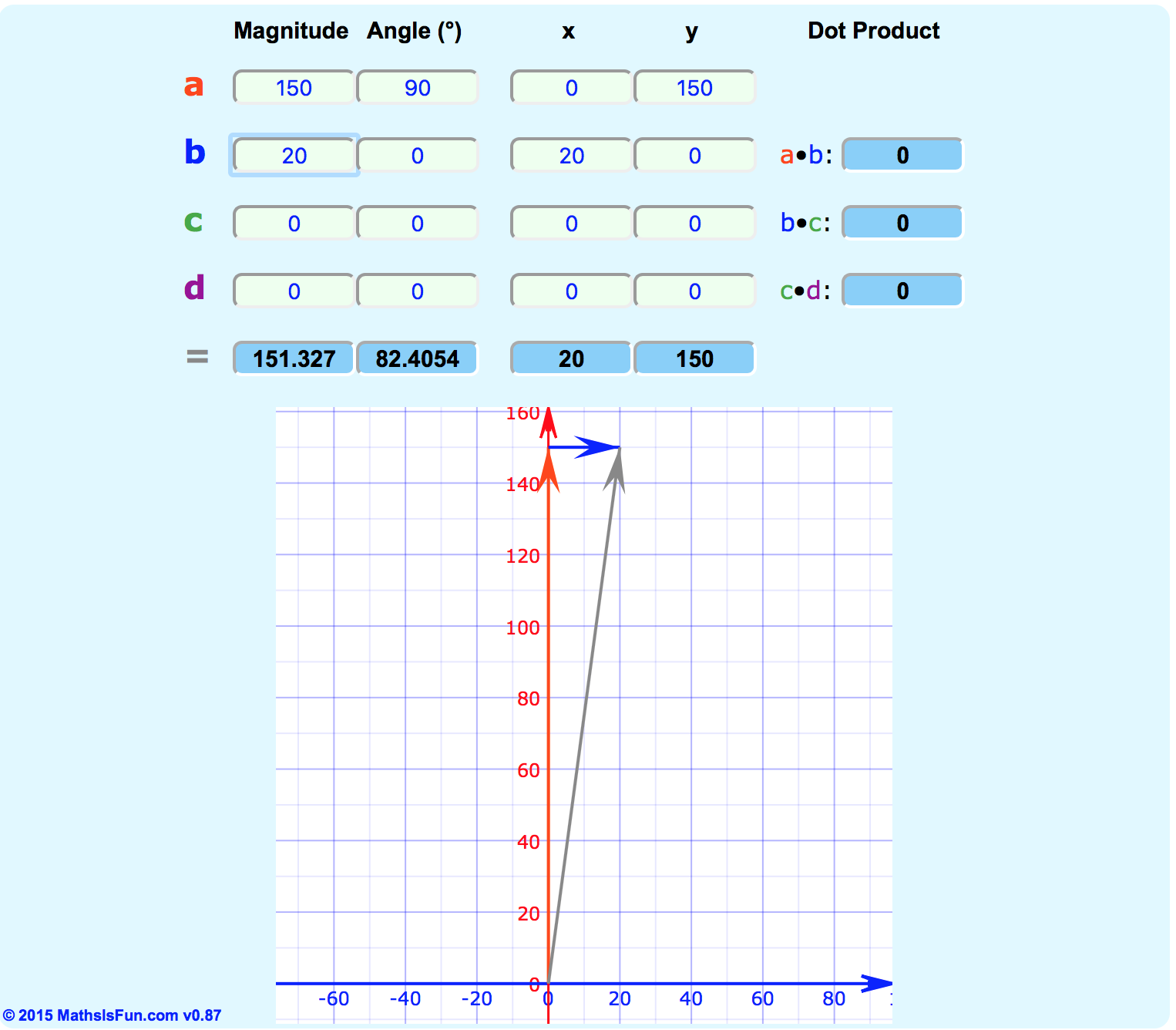 The bottom line is that your plane flies in a straight line through the air mass, and the air mass moves as well. You have to add these two velocities/directions together in order to find your true velocity/direction relative to the ground. This is normally called a "vector" in the aviation world, and if you do a bit of study into those, I think you'll have a much easier time understanding those charts.

A change of reference frame may help to understand. So you sit in the plane and fly as usual, the only effect of wind is drifting the ground in the direction where it comes from. Headwind moves the ground forward, tailwind backwards. Sidewind to the side, so you compensate not by applying continuous rudder, but just by pointing the nose slightly to the side.

As for your question about why no rudder is required, there are two methods for handling a crosswind. One is "crabbing" and the other is "slipping."

When you crab, you point the nose of the airplane into the wind as described in the other answers and in your pictures. This is an efficient way to deal with a crosswind over long distances, such as when cruising.

During landing, if you are still crabbing when the wheels touch down, it's very hard on the airplane and is called "side-loading" the landing gear. Instead, a slip is used. In a slip the ailerons are held towards the wind and the rudder is held away from the wind just enough to keep the nose from turning. In this way the longitudinal axis of the airplane is still kept in line with your flight path, but some of your lift is being used to "pull" you up-wind and thus counteract the crosswind. On most airplanes this is the method used right before touchdown.

On the final/short final phase, pilots have different preferences for crab or slip technique.

In general: as Jay Carr visualized with his interactive graphic, velocities (speeds) are vectors (this is rather physics than aviatic, but if pilots consider physics they tend to live longer). Vectores have a value and a direction. So you can visualizes them by an arrow (lenght visualizes the velocity). Contrary to e.g. temperature which is a scalar measure, it has only a value but no direction. So to add speeds you must consider values and directions. Now to your questions ...

ad Image 1) The wind is blowing from the left. If the aircraft would aim to the north ("heading north"), the cross wind would move it to the right, so it would pass the city more to its right (if map is oriented "north up" than it would pass the city east). BUT, the pilot is smart: he compensates for the crosswind by pointing the aircraft's nose slightly "into the wind" (look, where the aircraft's noise is pointing to). Durign his flight planning he might have calculated the "offset" comparing desired track and forecasted wind. Once in the air he could also find out by applying a heading into the wind and check whether the aircraft moves along the desired track.

ad image 2) the plane is sliding (well, it does not touch the ground) because its air speed (caused by the propulsion of the prop and being straight - visualized in the image by the wake vortices and its wing tips ) points to its noise (the prop is mounted without pivot), plus (plus in a sense of vector addition) the wind from the left result here in a track following the railways.

ad image 3) the wind from the left moves the whole air which surrounds the aircraft (a static wind, no gusts). So the while the aircraft moves through this air mass, the air mass itself (and with it the aircraft) moves along the wind direction. So you do not need rudder to hold that direction (heading). You only have to apply rudder to change the direction. So the pilot did apply rudder for some seconds when he noted that he needs to compensate for the crosswind, just until the aircraft changed its direction from north to slighly north-north-west. The author says "the aircraft does note feel the crosswind" - yeah, due to its static effect you could not tell without any reference (to the ground, to your GPS or whatever navigation aid) that there is a wind at all.

To bring Wurzel's answer into the context: yes, if you want to land then you could use the same maneuver as shown in the 3 images (called crab, because this animal walks sideways), - or if you could fly straight along the runway direction but compensate for the crosswind by lowering the windward wing.

Not the answer you're looking for? Browse other questions tagged wind crosswind or ask your own question.

2
Could a 30 knot direct crosswind make a Learjet roll over 90 degrees?

4
What is the maximum crosswind component for large airliners?
3
Does the headwind component change noticeably when transitioning from a crab to a slip on short final?
4
What is the maximum angle between an airplane and runway centerline when touching down at a crab angle in a crosswind landing?
10
Problem with right crosswind landing but not left
1
Why would larger aircraft have higher crosswind takeoff and landing limits than smaller aircraft?
5
Is there a crosswind that would perfectly cancel out the "torque" of a C172 on takeoff?
10
How does it feel like to be outside a flying airplane?
8
What effect does a direct crosswind have on takeoff performance?
5
What does a pilot do when there is crosswind?