How do flares work?

How do fighter jet flares work?

What is the concept behind them and how do they stop impending missiles during flight?

And also how do pilots know when a good time to launch flares is?

Flares are some sort of burning compound that generates a significant amount of heat to distract (hopefully) an Infra-Red guided missile. They attract the IR missiles because the amount of IR energy created by them may be greater than that of the exhaust, which is what IR missiles follow.

The flares are deployed when the plane detects the presence of an IR missile. (Wikipedia)

Once the presence of a "live" IR missile is indicated, flares are released by the aircraft in an attempt to decoy the missile; some systems are automatic, while others require manual jettisoning of the flares.

They also deploy them for show too.

Flares use a charge of magnesium or other substance which burns very hot and emits a very bright source of infra red energy, the theory being that an IR guided air to air missile will acquire this 'spotlight' of infrared energy and track it as opposed to continually tracking the IR source produced by the defensive aircraft's jet engines and exhaust plume.

Flare dispensers, such as the SUU-25 common countermeasures flare dispenser systems are small boxes mounted flush with the aircraft skin in various places on the fuelage of wings of a jet. Each box is an array of tubes, each loaded with a single MJU-7A/B decoy flare. A schematic of the flare is shown below. 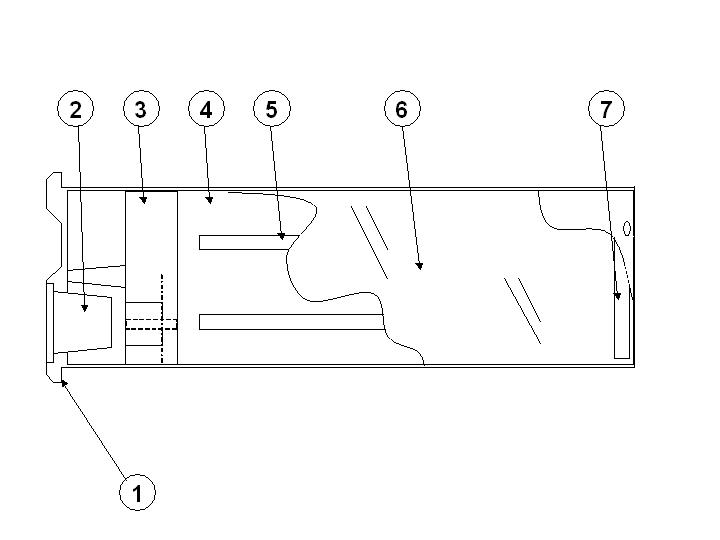 1); an electrical impulse cartridge (2), providing both expulsion and, in some cases, direct ignition of the payload; a pusher plate acting as a safe & arm device (3); the payload (4) with first fire layer (5); the wrapping self-adhesive polyester reinforced aluminum foil (6); and a front washer (7).

21
How do fighter jets communicate with an intercepted plane that's lost comms?
1
What is the response time of Pulse Doppler Radar?
19
Can fighter jets be reloaded with ammunition mid-flight?
25
What is an afterburner and how long can a jet fly on afterburner?
10
Do fighter jets have forward-looking radar warnings for missiles, and when was this first implemented?
20
How do combat jets know when to launch flares to counter IR missiles?
4
How were fighter jets built in the 1950's?
12
How do solo fighter pilots sleep?