What are hydraulically powered and electrically controlled actuators?

As wikipedia mentions, "Electro-Hydrostatic actuators" (EHA) are self contained, the only input they need is electrical power and commands.

The electricity powers up the hydraulic pump that is used to move the actuator piston, while the electrical commands are used to select what the actuator does through the use of a valve.

Means that the position (and thus the action) of the valve is controlled via a solenoid. The following scheme shows a valve with two solenoids. The valve has three positions, indicated by the three squares. Depending on the electrical control signal, the current in the solenoids changes and thus moves the selector (the block with the three squares) laterally.

Through a pump. Where the fluid goes is selected by the electrically controled valve, but the piston of the actuator is moved by the hydraulic fluid. 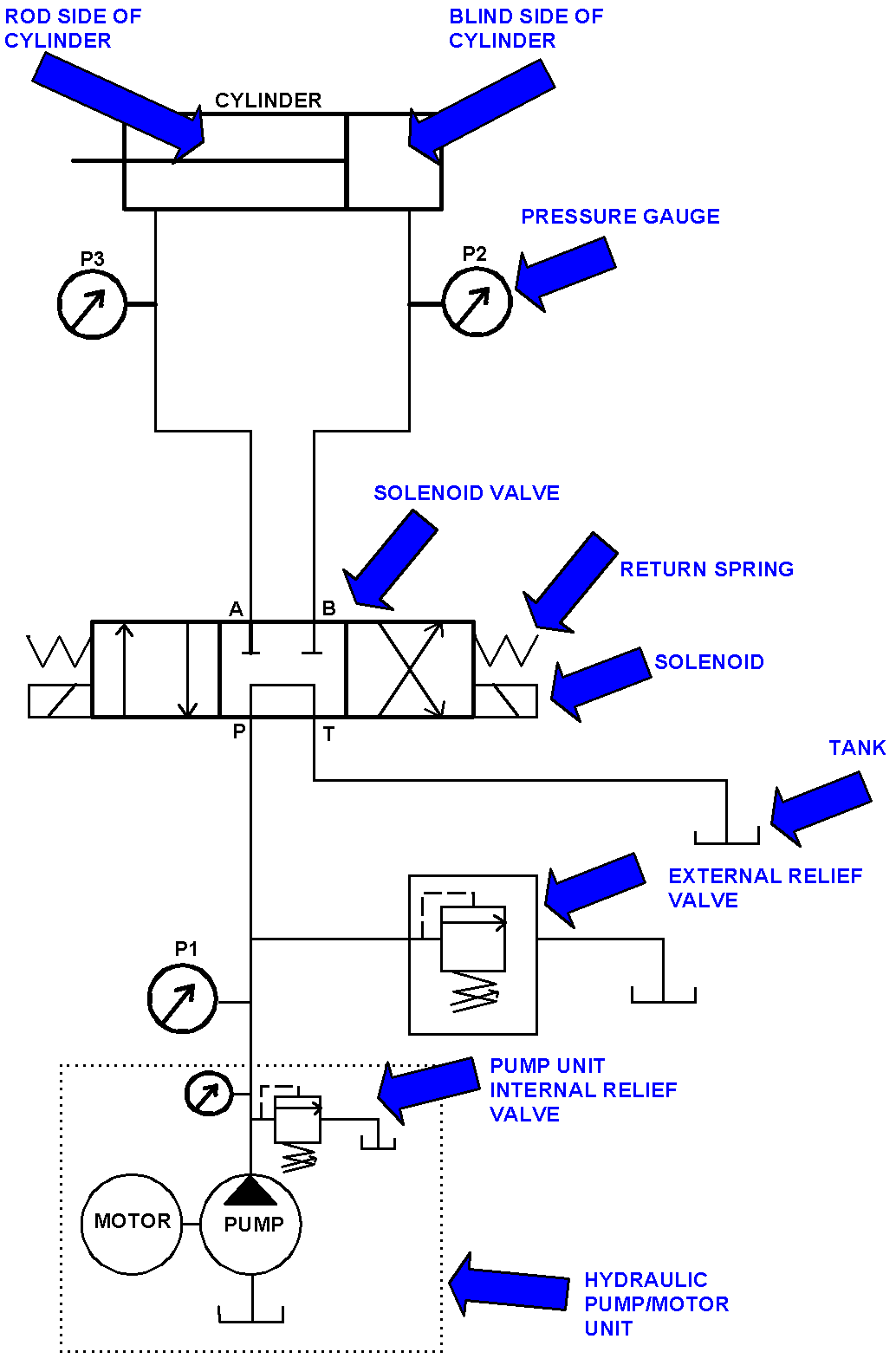 Not the answer you're looking for? Browse other questions tagged flight-controls electrical-system control-surfaces bombardier hydraulic-system or ask your own question.

15
Why do most commercial airplanes use hydraulics instead of electric/servo motors?
8
How are flaps controlled?
4
What kind of cable is used to transmit signal from flight control computers to actuators?
5
How many hydraulic systems does the Boeing 757 series have?
3
How does hydraulic actuator servo valve feedback work?
1
Is it possible to 'retrofit' electric flight control actuators to replace existing hydraulic actuators on aircraft?
0
Why don’t large aircraft (larger than ~737-size) have even partial manual-reversion capability?
6
How can the F-16 remain stable when there is a loss of hydraulic power?
5
Where is the control loop of the actuator closed?
5
How are the 737’s elevator and aileron cables attached to their control tabs without impeding the control surfaces’ motion under hydraulic power?