Why does the MD-87 have strakes on its engines?

Apparently, the MD-87 has a strake on both engines: 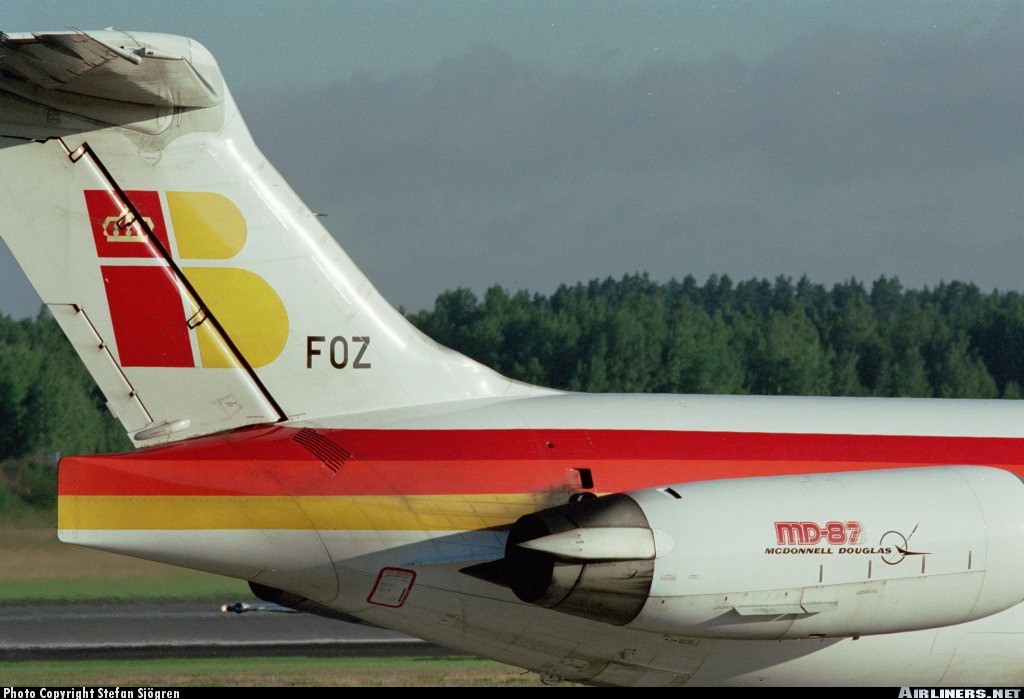 Source: Airliners.net
If I'm not wrong, the engine strake attaches the airflow at high angles of attack on the wing. But in this case the engine is behind the wing. So what is the purpose of this little fin? Is it a strake or something else?

They are indeed strakes which serve to reduce flow separation on the lower rear engine fairing by creating a vortex which will mix the outer, faster flow with the slowed down boundary layer on the lower rear part of the fairing. You will notice that the nacelle is mounted at an angle of 3 degrees to the fuselage: This is to position the intake and nacelle in line with local airflow, which is pointing slightly downwards at the rear fuselage due to the wing's downwash. The exhaust is again pointing directly back, so the thrust will be aligned with the lengthwise axis of the fuselage and will not produce pitch moment variations when thrust is changed. In combination with the nacelle incidence this produces a more pronounced curvature on the lower side of the nacelle, which in turn is more prone to flow separation.

Not the answer you're looking for? Browse other questions tagged aerodynamics engine dc-9-family or ask your own question.

33
Why do we never see high-bypass turbofan engines sharing the same nacelle on large airliners and similar aircraft?
8
Why does condensation form on the wing especially during take-off and landing?
5
Why do BWB designs typically put the engines in the rear?
4
How does engine exhaust temperature affect contrail formation and why?
6
Can this vane prevent/delay wing stall?
2
How does the engine produce aerodynamic lift at high angle of attack?
2
Why does the use of reverse thrust in flight on the DC-8 cause areas of separated/reversed airflow over the wing?
1
At what angle-of-attack (sideslip angle) would a symmetric vertical fin plus a deflected rudder have a lift coefficient of exactly zero?