Why do I get that funny stomach drop feeling right after takeoff?

Right after take off 1-2 minutes into flight I get this stomach drop "roller coaster" feeling for split second. It freaks people out thinking they are about to crash! Why is that??

It happens when the airplane levels off after takeoff, usually either at the first assigned altitude or at a safe altitude where it will be accelerated in order to retract the flaps. The feeling is a result of negative vertical acceleration. It can also happen at other times during the flight, such as during turbulence or when starting a descent.

Basically you and the airplane are both in a steady climb and when the aircraft levels off you continue to move up faster so it (via the seatbelt) keeps you at its same level and decelerates your own personal vertical climb.

It is just like the feeling you get in a roller coaster.

Another more familiar example happens anytime that you are traveling in a car:

If you are in a car moving at a constant speed (let's say 55 MPH) you are moving at the same speed along with it.

When the brakes of the car are engaged, they slow the car down but your inertia tends to keep you moving in the direction that the car was going. This will be more noticeable as the brakes are applied harder and harder because the deceleration of the car is more extreme.

You will notice this as pressure against the seat belt as the car holds you in place. You are still moving forward, but you are getting slower (decelerating). In an airplane the exact same thing is happening only it is in a vertical direction instead of a horizontal direction like in the car.

What you are feeling is your stomach floating up a little inside your body, because while the seat belt is holding you down, it doesn't hold your stomach in place!

This question is about 1 year old and already has good answers.

However, I like to track my flights with the GPS module of my mobile, which also records altitude. I'd like to share the data of a short haul flight, which also shows the effect: 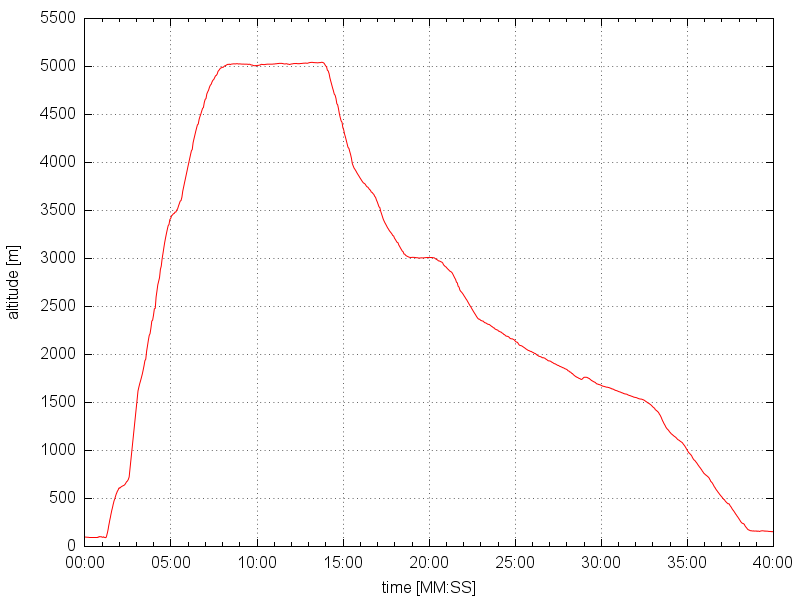 It is as said, the aircraft did not fall all the time. The climb rate just decreased to a lower, still positive value for a moment. This causes the same feeling like an upwards moving elevator, which stops at a certain floor.

Once in the climb, the flaps are retracted from the take off setting, the rate of climb reduces, then slowly increases again as the reduced drag allows the plane to go faster.

7
What level of G-force does our body experience when we are traveling in a passenger plane?

8
Why do pilots' masks have more oxygen?
22
Is triskaedekiphobia (fear of the number 13) the reason commercial planes normally do not have a row 13?
10
Why is the IFE only available after take-off and shut off before landing?
15
Why would pilots "call the company" after an aborted takeoff?
6
What's the acceleration and absolute minimal RWY length for an A320 during take-off?
7
Are planes assigned different climb angles from the airport by the tower?
9
First time passenger flight by two pilots?