What is this red canister on the tail of the YF-22?

On the tail section of the YF-22 further back in the image below, there is a red canister. What is that canister for? I suppose it is for some flight testing purposes from what I can see. 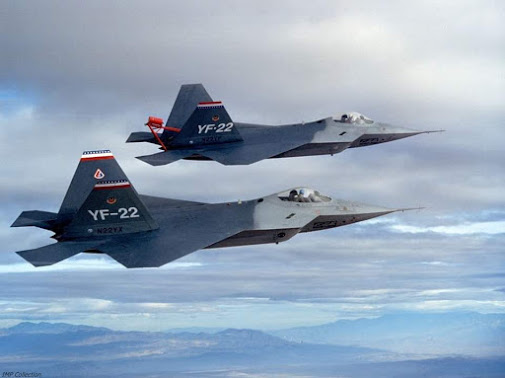 I can't pinpoint the image source.

The canister contains a small parachute and either a spring or an explosive charge to kick the chute out when it is needed. It is a precaution for spin flight tests, that's why it is called a spin chute. See here for a video of the spin chute of the F-35.

I guess now I should explain how a spin chute works.

When an aircraft spins, it will rotate around a vertical axis which is somewhere between slightly ahead of the aircraft (regular spin) or near the leading edge (flat spin). The pitch angle $\Theta$ is nose down and the angle of attack $\alpha$ is high (around 45° in a regular spin, up to 90° in a flat spin), so the airflow over most of the wing and horizontal tail is separated. But the rotation, which is a mix of rolling and yawing, will induce an angle of attack variation over span, so a part of one wing will operate in the normal angle of attack range, where lift is high and drag is low.

Now we have a receding wing with separated flow, at high angle of attack, with low lift and high drag so the resulting air force vector R (green, below) points mostly into the direction of local flow (which is up). The other wing has partially attached flow, a lower angle of attack, high lift and moderate drag, so the resulting air force vector is almost perpendicular to the local flow, pointing up and forward. This difference in lift and drag propels the rotation. 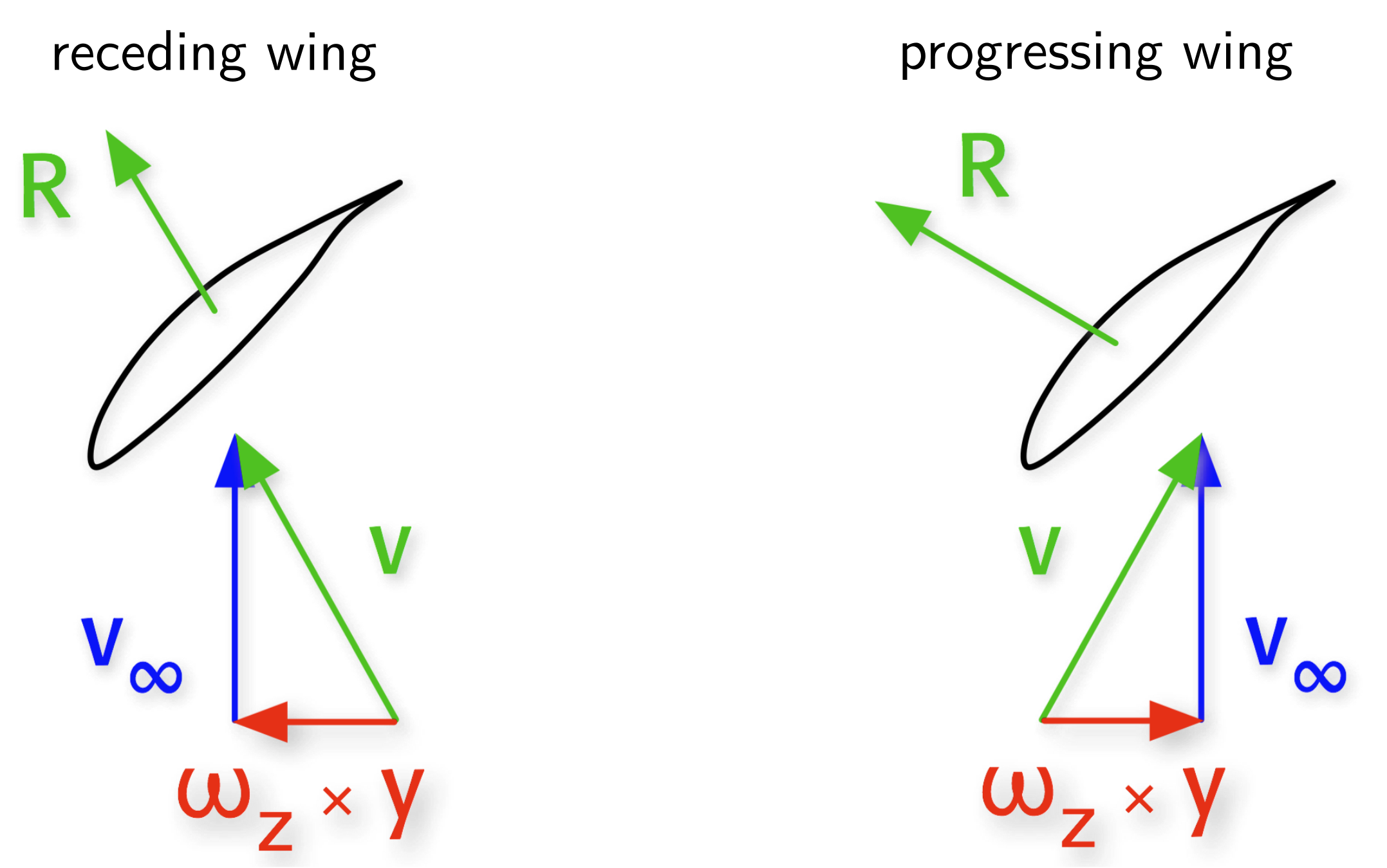 Speeds and resulting force on spinning wing sections. $\omega_z$ is the rotation speed around the vertical axis, y is the local wing station and the green v shows the local flow direction.

Without the rotation the aircraft would immediately pitch nose down, pick up speed and can be pulled out of the resulting dive. With the rotation, however, we get an inertial pitch moment due to the fuselage masses. All parts of the aircraft rotate with the same yaw rate, and the centrifugal force from this yawing motion grows linearly with distance from the spin axis. This difference in centrifugal force along the lengthwise coordinate of the aircraft adds a powerful nose-up moment which in some cases cannot be overcome by the tail surfaces - remember, they have less effectivity in separated flow. Flat spins are almost impossible to escape from.

This can be tested in spin tunnels, but Murphy's Law is very relevant to spin tests. So it is a good precaution to add a spin chute for the first tests: If the aircraft cannot end the spin with control surface deflections, it is in a trap from which it can only escape with something that will add a strong nose-down moment. In the chaotic airflow behind a rapidly spinning airplane. That is why the spin chute is not bolted to the skin of the airplane, but sits in an elevated position hanging out at the back. From there it will not be caught by the tail surfaces but will work as intended in all conceivable situations (save an inverted spin ...)

It is a spin recovery/stabilization chute, installed during testing for high AoA test flights. The following image shows it being deployed on the ground. 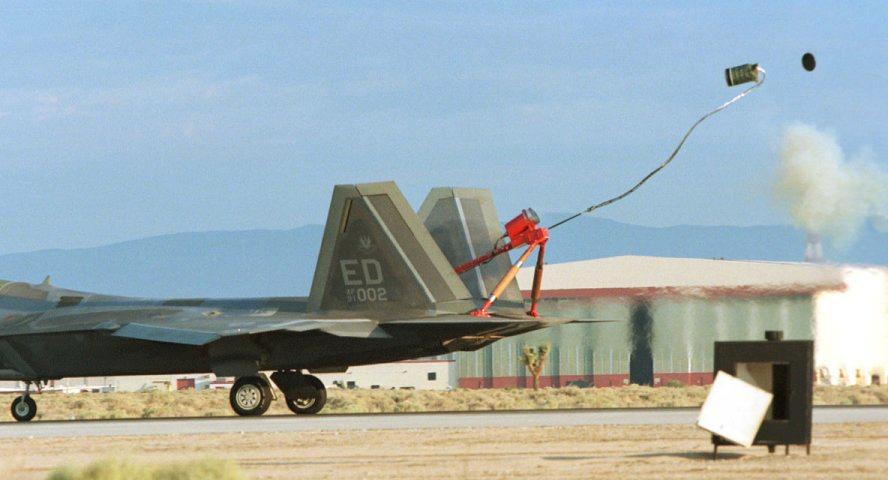 Not the answer you're looking for? Browse other questions tagged experimental-aircraft f-22 or ask your own question.

43
Is it possible to recover from a flat spin?
16
Why can't model aircraft be used to discover spin and stall behavior of manned aircraft designs?
21
What is the 'arm' at the rear of the X-29?
10
What is the Beggs/Mueller emergency spin recovery technique?
8
How is a wing designed to be stall or spin proof?
0
Could a tail rotor serve as a spin breaker for winged aircraft?

6
What trade-offs are being made in the design of the planform alignment of stealth aircraft?
8
Does FAA simulator (AATD/BATD) count toward experimental rating 1,000 hours requirement?
23
Would an aircraft with contra-rotating propellers longer than the plane's wingspan be able to fly?
11
What is the procedure to turn a certified aircraft into an experimental aircraft?
8
Can an amateur-built aircraft ever be used for commercial activities?
4
Would "Mad" Mike Hughes' steam-powered rocket have been certified airworthy by the FAA?
4
What are the disadvantages of a Tail providing lift? (tandem-wings included)
35
What is this 3-engine beast?