How do airline pilots contact their company while in the air?

Sometimes airline pilots need to get in touch with their company while in the air, for example diagnosing cautionary messages or reporting a diversion. By what means is the communication channel established?

While enroute the primary communication with company is via ACARS. (Aircraft Communications Addressing and Reporting System)

This is a digital datalink system and is kind of like sending text messages. On modern aircraft like a B777 it operates on HF, VHF, or SATCOM so there is coverage almost anywhere in the world.

If the aircraft is close to an airport with a company frequency, regular VHF radio communication can also be used. Some airlines may even have company Peripheral stations (PAL) at certain locations so they can use a VHF radio to talk directly to Dispatch from hundreds of miles away.

SATCOM is also be used to make Satellite phone calls so we can talk directly to Dispatch or Maintenance from thousands of miles away. You can use pre-selected company numbers or manually enter any phone number. 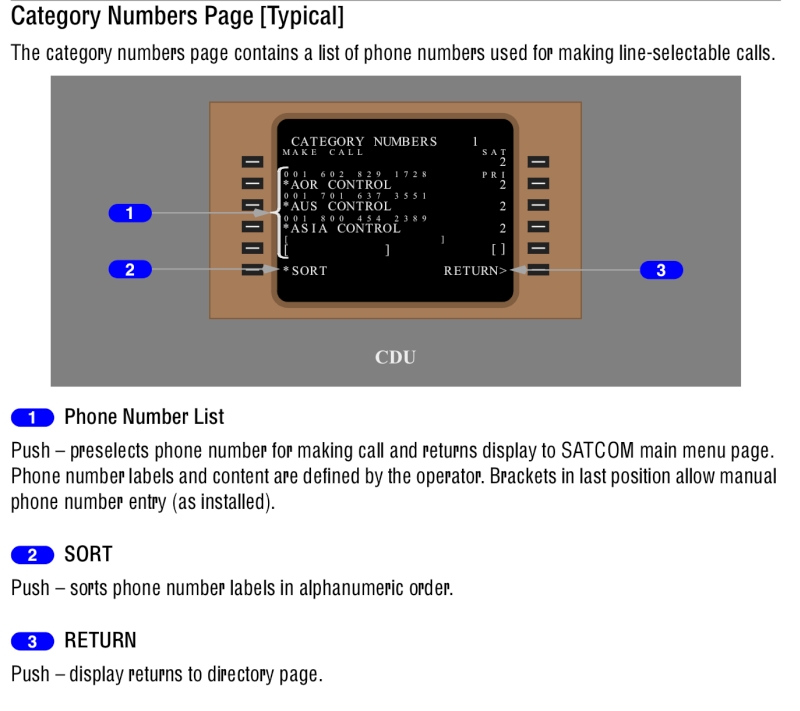 Not the answer you're looking for? Browse other questions tagged airliner airline-operations radio-communications or ask your own question.

10
What means do airline ground staff have to converse with pilots in flight?
2
While flying, how do I contact someone who is on the ground?

22
How do I contact Flight Service while in flight?
9
Can airline pilots communicate with dispatchers?
10
What means do airline ground staff have to converse with pilots in flight?
3
How can I progress from tactical aircraft mechanic in the air force to an airline?
4
What privileges do off-duty pilots have in their own airline?
10
How do airline pilots maintain night currency?
31
How do commercial pilots keep situational awareness of their current call sign?
2
While flying, how do I contact someone who is on the ground?
2
Does a no-touch policy really work?