Why does one of the Boeing 777's spoilers deploy differently from the rest?

There is one spoiler that isn't totally deployed. Look: 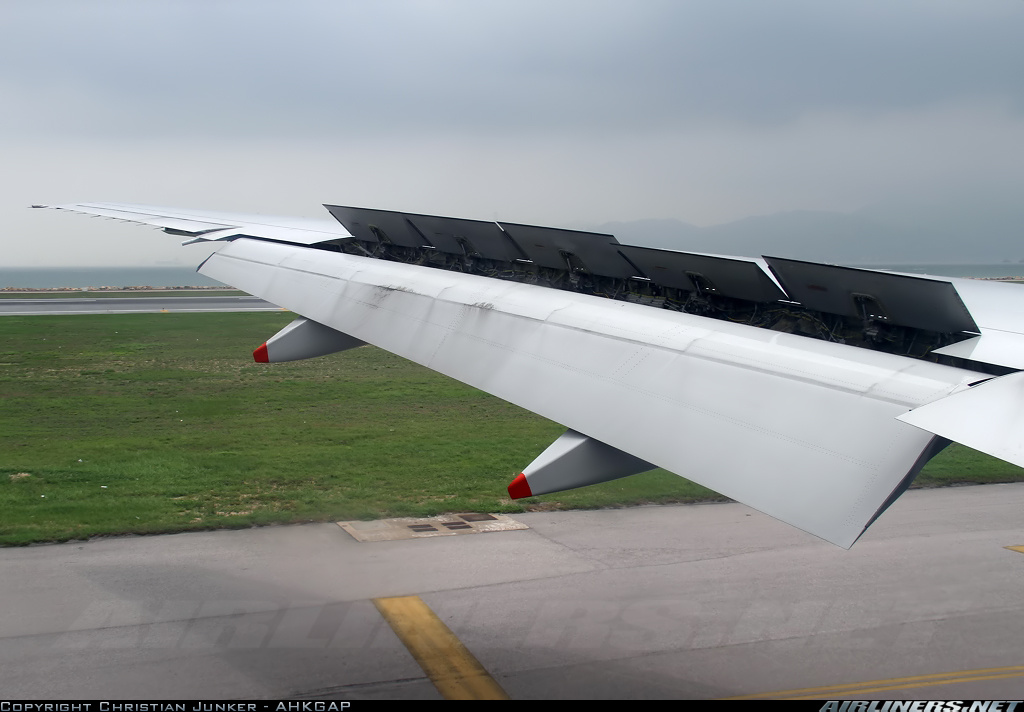 And also on this other picture: 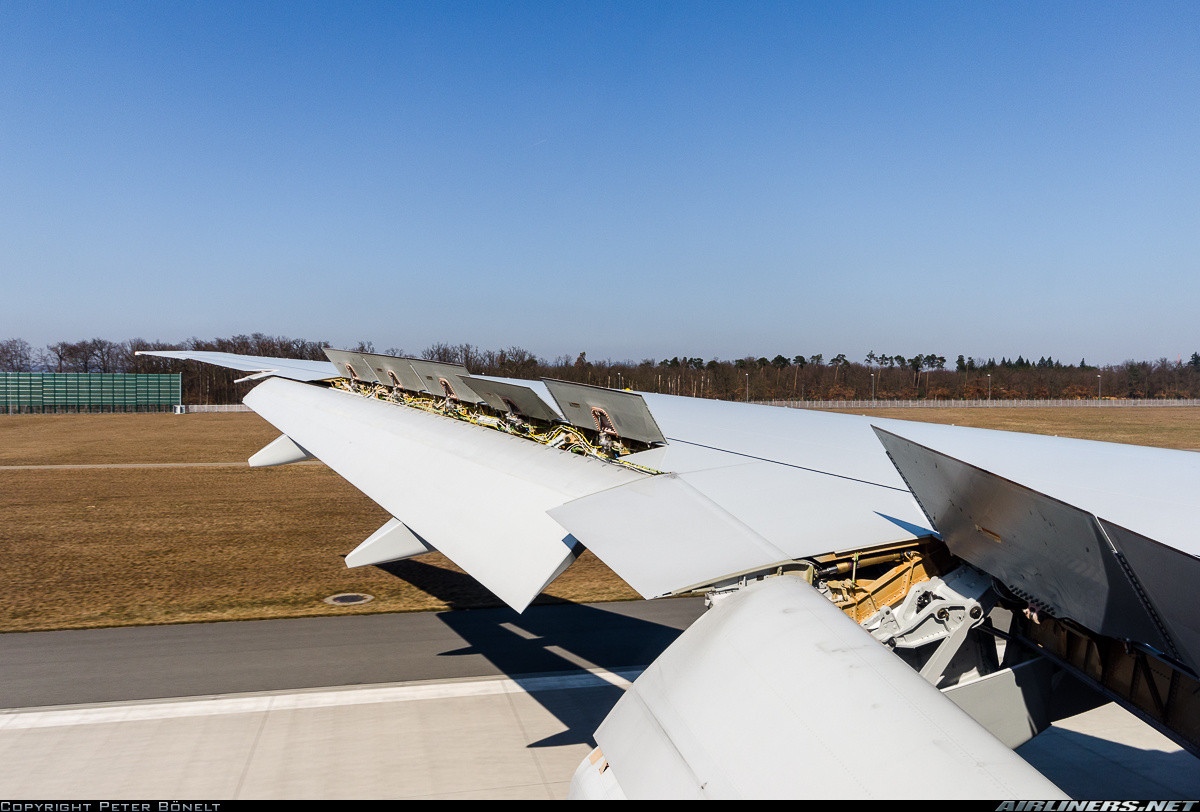 Why aren't they deployed at the same angle?

Roll control is provided by 2 flaperons, 2 ailerons, and 14 spoilers.

Spoiler panels 4 and 11 are controlled mechanically rather than electrically. They are driven directly from control wheel deflections via a control cable. In case of compete electrical loss, limited roll control is available until the electrical system is restored. This probably explains the difference in rigging.

Spoiler panels 4 and 11 are also used as speedbrakes, both in the air and on the ground. The speedbrake function for this spoiler pair only has two positions: stowed and fully extended. The speedbrake commands for spoilers 4 and 11 are electrical in nature, with an ACE (actuator control electronics) giving an extend or retract command to a solenoid operated valve in each of the actuators. 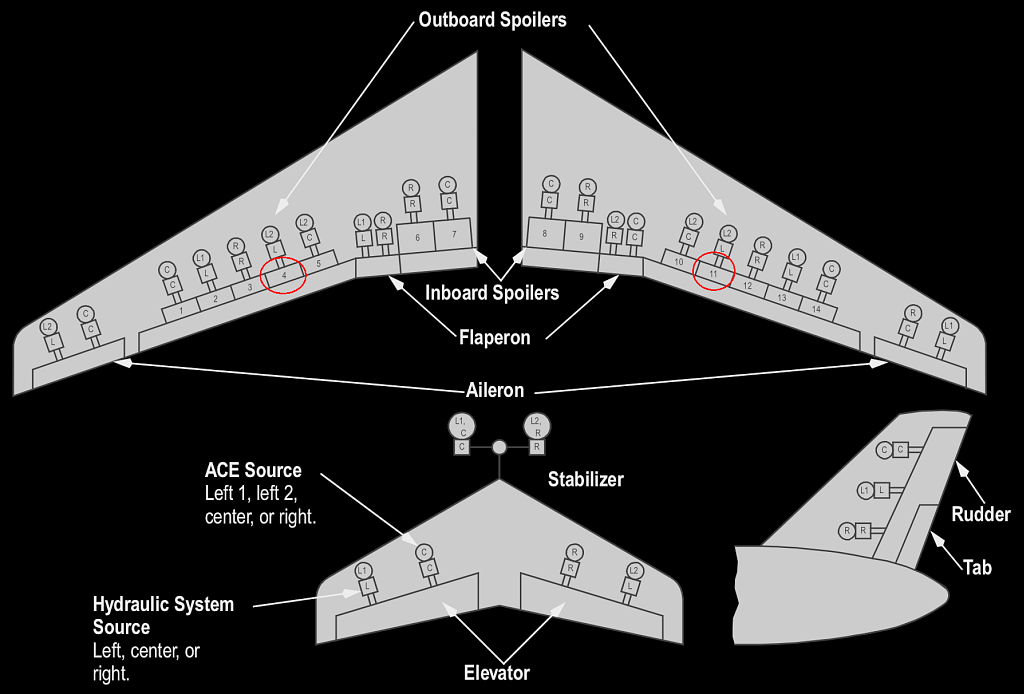 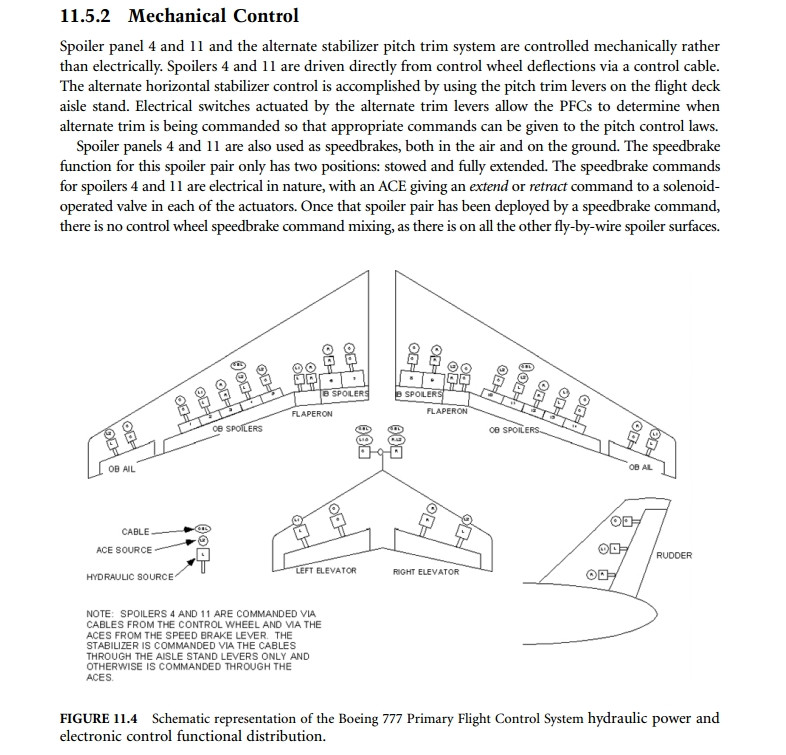 Not the answer you're looking for? Browse other questions tagged wing boeing-777 spoilers or ask your own question.

1
Why don't some spoilers plates fully open in most airliners?
10
Why are the spoilers used as the backup controls instead of ailerons on the Boeing 777?
3
Why do outboard spoilers deploy more than the inboard spoiler on the A320?

10
Can the safety of the Boeing 777 be extended to other models?
16
Do flaps have a maximum speed limit but spoilers don't? Why?
6
Why do many commercial aircraft have a red circle on the wing?
8
What is the purpose of proximity sensors on hydraulic systems?
8
What are these circles below the wing?
27
Why do the wing tips on the Boeing 777X fold up instead of down?
18
Why can't wing-mounted spoilers be used to steepen approaches?
3
Why didn't Boeing make the Sky Interior for the Boeing 777?
10
Why are the spoilers used as the backup controls instead of ailerons on the Boeing 777?